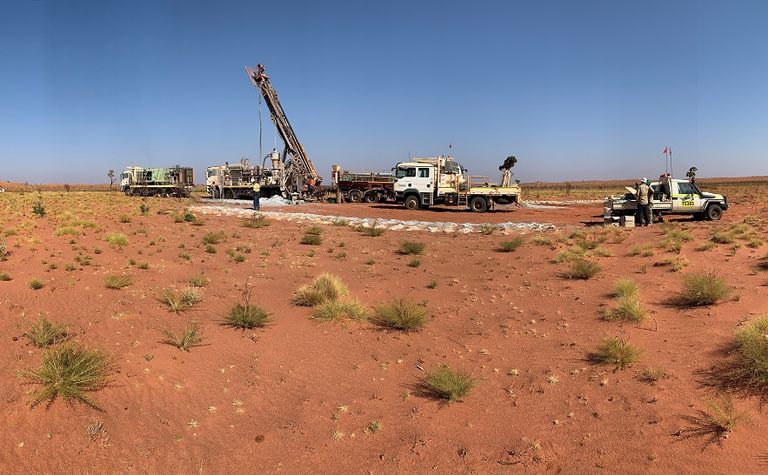 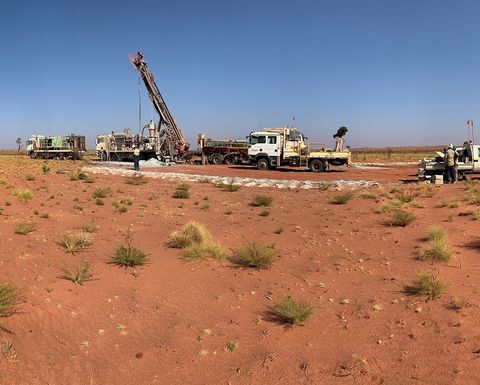 The first is Antipa's Citadel joint venture with mining major Rio Tinto, where the Calibre resource was increased by 62% in May to 2.1 million ounces of gold, 103,700 tonnes of copper and 1.3Moz of silver.

The second is its 100%-owned Minyari Dome project, which has 723,000oz of gold and 26,000t of copper, plus stellar recent exploration results. The project is indicating both "Havieron-style" promise and a potential standalone production opportunity.

With about A$30 million cash in hand, Antipa is well-funded to address its twin aims - funding its share of activity at Citadel and ensuring sufficient exploration to do justice to Minyari Dome.

The company is in the midst of the most active drilling year in its history, with nine rigs at work this month on its four projects in the Paterson Province.

Antipa put its 5,200sq.km portfolio together about 10 years ago "before the province was fashionable" because it sought out exposure to high-leverage exploration success in a safe jurisdiction, executive chairman Stephen Power explained.

Since then, Rio Tinto's Winu and the Newcrest/Greatland Gold Havieron discoveries have shone a spotlight on the Paterson's previously-overlooked potential.

"There's no reason it couldn't," he said. 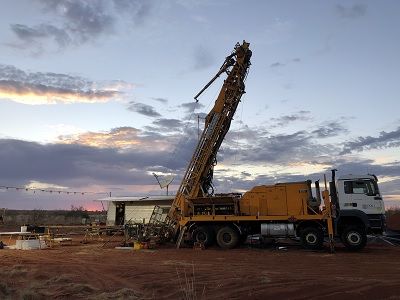 Antipa Minerals has its busiest drilling year yet underway

As well as Calibre, Antipa's Citadel JV with Rio hosts the Magnum deposit, which takes the project's total resource to 2.4Moz of gold and 162,000t of copper.

Rio is now targeting first production in 2025, rather than in 2024, at Winu - a slight delay Power says he's encouraged by.

"It shows they're thinking about our joint venture and how Calibre might eventuate," he told RESOURCEStocks.

"And how exploration success at the Citadel project itself may turn out as well, because there are some really, really good exploration targets."

Rio has earnt 65% of Citadel by spending $25 million on exploration and Antipa has opted to contribute to maintain its 35% interest.

The pair recently almost doubled this year's exploration budget at Citadel to $24.5 million for up to 23,000m of drilling.

It will be split between greenfields exploration, including the Rimfire area, "chasing Calibre extensions" and further investigating higher-grade zones.

There will also be appraisal work on early-stage project development options.

Power is equally excited about the near-term development possibilities at Antipa's fully-owned Minyari Dome project, which lies within 40km of Newcrest's Telfer operation.

Newcrest is not only a near neighbour and is farming-in to Antipa's nearby Wilki project but is also a substantial shareholder with a 9.9% stake in Antipa.

The miner's 20Mtpa plant opens up the possibility of toll treating Minyari Dome ore, although fresh drilling results may be pointing to standalone potential.

The project has been described as analogous to the nearby Newcrest-managed Havieron development, which has sent junior JV partner Greatland Gold's London-listed shares skyrocketing.

"Minyari really does have a lot of optionality, which really is where we want to hit, to get some cash flow into the company," Power said.

The company reported the Minyari East discovery earlier this month, with results including 31m at 3.2g/t gold and 0.26% copper.

The above intercept also contained high-grade mineralisation, including 1m at 55.6g/t gold, 3.17% copper and 17.5g/t silver.

MD Roger Mason has said the exciting results confirmed the potential for significant resource growth at Minyari and the possibility of a standalone development opportunity, based on an openpit and underground operation.

The latest drilling results have also prompted the company to expand Minyari Dome's phase one drilling programme, which had been scheduled to wrap up in August.

Antipa has brownfields and greenfields drilling underway, along with project development studies.

Elsewhere, Antipa has a cumulative potential free-carried exploration spend of up to $115 million. 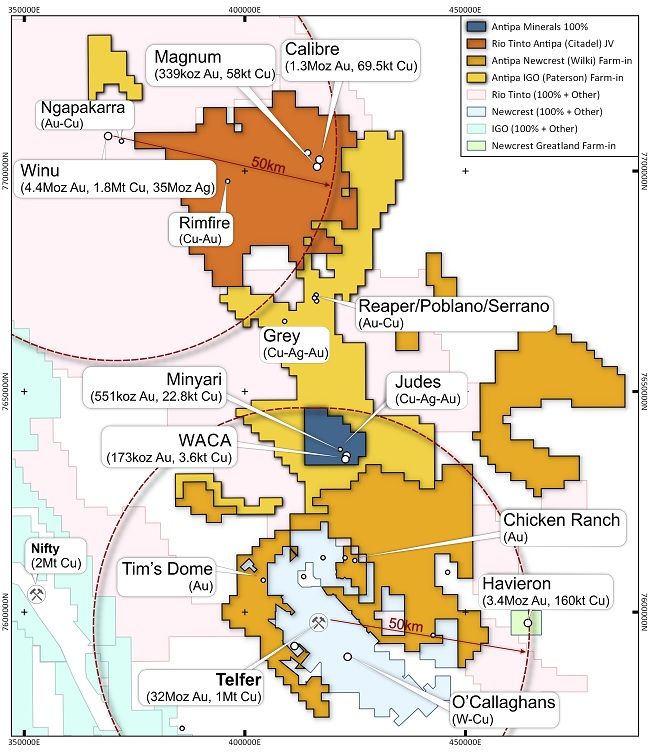 Newcrest last year agreed to a $60 million farm-in to earn up to 75% of Wilki, which surrounds Telfer on three sides.

IGO, which has a 4.9% stake in Antipa, has a $30 million farm-in for up to 70% of the Paterson project which encircles Antipa's 100% Minyari Dome project.

Antipa is well funded thanks to a $22 million institutional placement in April, which was followed by a heavily oversubscribed $3 million share purchase plan in May.

Newcrest then bought shares to maintain its 9.9% stake and Netherlands-based Commodity Discovery Fund committed to a $1 million investment in June, saying it sought investment opportunities in undervalued companies with projects that had tier one potential.

"The Antipa projects provide for precisely this outlook, covering a huge area of a mining region which is underexplored yet hosts giant deposits like Telfer and Winu, along with large high-grade deposits like Nifty and Havieron," Power said.

"We feel that Antipa's management team will be able to draw on its vast experience to advance the projects and create value for investors."

Power has this aim firmly in mind.

"We've shown that we're mature enough to not rush things and just take things in our stride and make sure that we get the best leverage for shareholders going forward.

"By the end of this year we'll know where we stand with Minyari and will be a lot further down the track with Calibre and we'll be able to tell shareholders where we expect both these projects to go.

"Everything's pointing positively, from what I can see at the moment."