Experienced explorer PolarX is positioning to be part of the solution in a copper-hungry world making the green energy transition.

Firmly focused on the US, the company recently acquired the highly prospective Humboldt Range gold-silver project in the top-tier jurisdiction of Nevada, to complement its plus-6 million tonne copper resources at its flagship Alaska Range project - where the company has just discovered a third type of copper mineralisation.

"It's a really exciting development," managing director Dr Frazer Tabeart explains, having just returned from a trip to the US to oversee exploration at both projects.

Alaska Range comprises the 100%-owned Stellar project, which hosts the Zackly skarn deposit (3.4Mt at 1.2% copper, 2g/t gold and 14g/t silver), and the high-grade Caribou Dome project, where PolarX can earn up to 80% and the namesake 2.8Mt deposit grades 3.1% copper.

Meanwhile, PolarX is advancing its established high-grade deposits and has commenced a scoping study looking to transform the project into a world-class development through the combined development of Caribou Dome and Zackly.

The project's third style of mineralisation is native copper, uncovered in drilling this month which opens up further potential at Alaska Range. 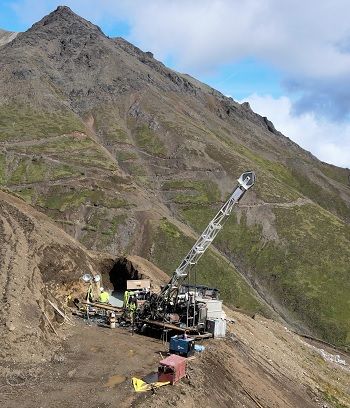 The aim of the recent drilling at Caribou Dome was two-fold, to gain samples for metallurgical test work and test new exploration targets, where PolarX discovered native copper in holes that intersected old lava flows.

"All four exploration holes drilled hit copper mineralisation but it's a very unusual style of copper, in that rather than copper sulphide, it's native copper," Tabeart told RESOURCEStocks.

"We've got to wait for assay results, but we haven't constrained it in any direction, and we do know that these volcanic rocks are very extensive in the region so it's just opened up a whole new avenue for exploration," Tabeart said.

"With that long-term copper thematic in the background, we've come up with a target that could cover multiple square kilometres.

"Knowing that style of mineralisation is there and knowing that elsewhere in America there are some sizable high-grade ore bodies of that nature, it gives us a whole new target type to start exploring for on this property and will have a big impact on future work programmes."

"These new samples will be assayed and used for metallurgical test work as part of our current scoping study on the Alaska Range project."

PolarX discovered porphyry copper-gold mineralisation on the Stellar property in its first drill hole at the Mars prospect in 2019, intersecting 102m at 0.22% copper and 0.1g/t gold.

The company has now established two highly significant copper anomalies at Stellar, up to 11km by 6km.

Porphyry systems host the world's largest copper-gold mines but progress in discussions with potential partners was effectively put on ice due to the global pandemic in 2020, Bojanjac said. 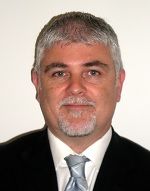 However, Tabeart is confident of making headway as the US opens up for business.

"There's a good chance that we'll get a deal done in the next three or four months, so that we're ready to go next field season with a major backing us for the big upside porphyry copper opportunities," he said.

PolarX also used the pandemic downturn to its advantage, strengthening the company by adding the Nevada precious metals asset which extends its exploration season beyond Alaska's early onset of winter.

Rock chips from the under-explored Humboldt Range gold-silver project in Nevada have assayed up to 3,384g/t gold.

PolarX sees the potential for bulk mining at Humboldt Range, given indications of halo mineralisation around narrow veins which were mined in small workings until the 1920s.

The project lies between operating multimillion-ounce Florida Canyon gold mine and the Rochester silver-gold mine, which could accelerate PolarX's path to rapid production.

Old workings and a very large outcropping gold-bearing vein at PolarX's Black Canyon project in Nevada, with the Florida Canyon mine in the background

Bojanjac said a bulk mining proposition wasn't necessarily ambitious given that's what the neighbours were doing.

"We're not going to have to build a mine," Tabeart pointed out.

"There's obviously some commercial outcome that could work for all parties if we make a discovery."

Humboldt Range contains the gold-dominant Black Canyon and the silver-dominant Fourth of July claim groups and PolarX has reported large-scale precious metals anomalies from both groups in soil sampling mid-year.

Having had boots on the ground, Tabeart is excited by the prospectivity of outcropping quartz veins that have never been drilled and the company is set to do more sampling before Thanksgiving to prepare for an initial drilling programme.

PolarX prides itself on the breadth of its advanced portfolio, its focus on sought-after metals and the horsepower held by its experienced team.

Bojanjac noted the expertise held by directors and doctorate-level geologists Tabeart, who has a strong technical background in porphyry systems, and executive director Dr Jason Berton who's worked for majors including Barrick Gold and BHP. 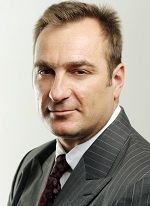 "If it doesn't make economic sense, we don't do it - it's that simple."

Bojanjac, a chartered accountant, has also led or been part of teams which discovered and created successful mines in Australia, Mongolia, China, Africa and New Guinea.

He believes PolarX's projects may well exceed all of those in scale.

Emerging from a transformational year, the company now has an equally exciting period ahead as it advances Alaska Range towards development and proves up its precious metals potential in Nevada.

Gold-silver prospects can be explored in North American winter