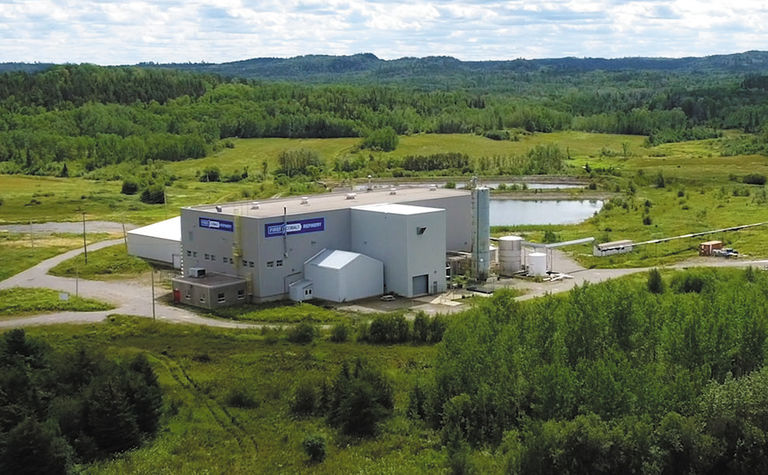 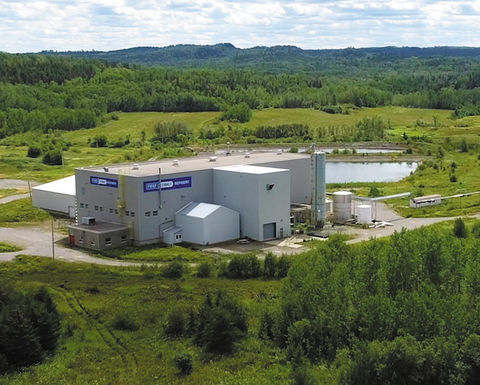 Electra plans to harness its existing hydrometallurgical refinery north of Toronto, Ontario, in Canada, as a launch pad for its four-phased approach to building the only battery-materials park on the continent, providing North American automakers with direct access to a secure domestic source of low-carbon raw materials.

"Our vision is to be a supplier of battery materials for the continent. We wanted to position ourselves as being squarely in the battery-material supply chain," president and CEO Trent Mell said.

"The cobalt plant is fully funded and construction activities are underway with a hydrometallurgical process, so lithium-ion battery recycling is a natural add on for our second phase of growth.

"The pace of change in the auto supply chain, and now having financed our cobalt plant, means we've got to be a little bit more ambitious with our outlook to capture the suite of cathode materials.

"In phase three, the big step up will be to produce battery-grade nickel, so that we can get to precursor manufacturing, likely in partnership with an existing producer, co-located on the same industrial site to create the one and only battery-materials park on the continent."

The company completed an innovative US$45 million financing package to develop the plant, including investments from the federal and Ontario provincial governments in Canada, and expects first production of battery-grade cobalt sulphate in the fourth quarter of 2022.

"A catalyst for us was when the governments of Canada and Ontario teamed up and each contributed C$5 million to a C$80 million project," Mell said.

"It is a small quantum, but it sent the message that this is a project that the government wants to see move forward. It was huge for us, and as the cobalt market heated-up, we were approached by Cantor Fitzgerald, who put together a convertible loan deal backed by three private investors with a BMO-led equity top-up anchored by our largest shareholder."

The refinery will receive an intermediate cobalt hydroxide product from Glencore and China Molybdenum from the Democratic Republic of Congo (DRC), two of the three biggest suppliers with no intermediaries and no artisanal material," Mell said.

"Most of the cobalt in batteries today is mined in the DRC and refined in China.

"The obvious go to market strategy was to replicate that supply chain in North America and then look to diversify away from the DRC. We think we can and that starts with recycling."

"With new battery plants continuing to be announced in North America, we are increasingly being asked about sourcing other cathode material, most of which currently comes out of Asia.  The answer was to take a four-phased approach to filling the void in North America: cobalt, recycling, nickel and PCAM."

The company has an offtake agreement in place with Stratton Metal whereby it can sell 100% of its production at its option.

However, Electra is looking at selling to the battery manufacturers or, what may be increasingly likely, direct to the automakers themselves.

"The more engaged counterparties tend to be the OEMs, although they're the furthest removed. They are looking beyond their battery maker as they need to know where materials are coming from, that they have security of supply and price certainty," Mell said.

Phase two is to deploy existing circuits that will not be recommissioned for the cobalt plant, to recycle materials from the "black mass" product deriving from lithium-ion battery cathode recycling.

The company is looking to bypass the upstream logistical step of collecting and shredding batteries to focus on the otherwise capital-intensive step of refining the resulting black mass from battery shredders, as well as the scrap material from the growing number of North American battery plants.

"The first year of a battery plant you can have up to 50% of your raw materials going into scrap as they fine tune their operation. Even a mature plant might see 5-10% of materials going back into the recycling loop," Mell said.

The company plans to build a demonstration plant in 2022 to show it can leach and complete the solvent extraction to create a saleable product, with the target materials being cobalt, nickel, lithium, copper and graphite.

"The most interesting product in spent consumer electronics right now from a playability perspective is cobalt and nickel. Our demonstration plant is going to be initially focused on beneficiating a saleable product, which may not immediately find its way into the battery ecosystem. During a second phase in 2023, we will invest in the back-end circuits to produce battery materials and create a true closed-loop supply chain," Mell said.

The third phase of growth is nickel, which has a strong demand profile and could see several North American development projects advance towards becoming producing mines.

"Given the nickel-rich composition of long-range battery cathodes, our nickel refinery will be an order of magnitude larger than the cobalt facility. We are looking at a number of nickel opportunities from Canada, the US and elsewhere, with feed material that could be in the form of metal briquettes, nickel matte or MHP. Identifying the source will guide the flow sheet development," Mell said.

In addition to having a refinery and advancing on processing technologies, Electra has an ESG advantage, given that the plant is just 10km from a source of hydroelectric power.

The company claims that its cobalt product will have the lowest carbon emissions in the industry, some 50% lower than its Chinese competitors.

"Our mantra is ‘making the world a better place'. We are not just selling into a commodity market, but to an end user who is measuring their carbon footprint and reporting that to their stakeholders. They have expectations that their suppliers will do everything they can to have the smallest carbon footprint," Mell said.