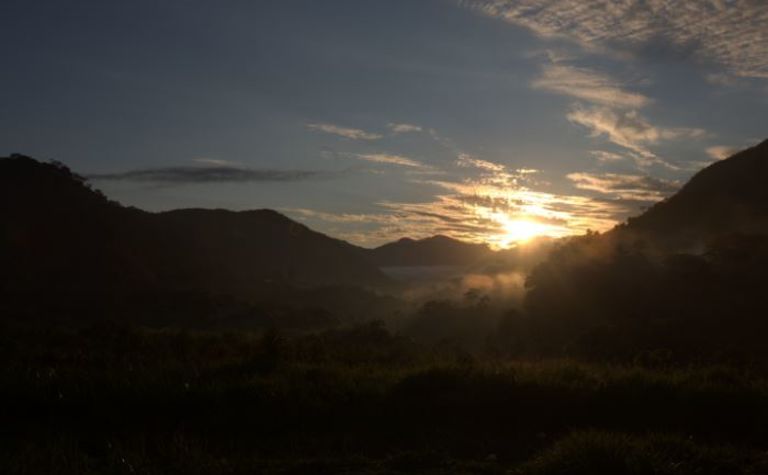 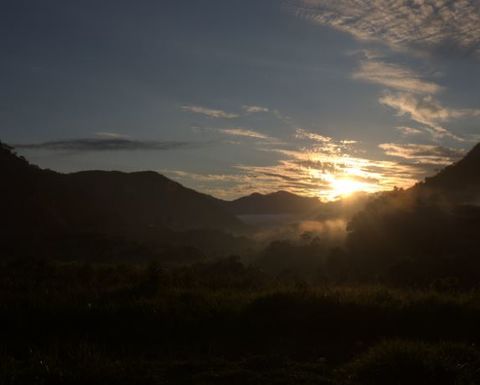 Solaris Resources is close to showing the world-class credentials of its Warintza project in southeastern Ecuador, thanks to the completion of an updated mineral resource estimate for the Warintza Central deposit at the end of this quarter.

Exploration at Warintza has caught the market's attention due to discoveries at Warintza West, Warintza East, and recently at Warintza South in addition to long intercepts of mineralisation at Warintza Central, such as 1,067m grading 0.60% copper equivalent. And president and CEO Daniel Earle is keen to underpin the uniqueness of Warintza Central as the company is targeting a billion-tonne resource to cement its place within the top rank of undeveloped copper projects in the hands of a junior.

"The drilling for the forthcoming resource update is complete, with final assays being returned, and we expect to have a high-grade starter pit to really drive robust cash flows in the early years, capital payback, and a high internal rate of return," Earle said.

Adding to the project's world-class credentials is the existing nearby infrastructure, including a national highway that connects to Pacific ports, a hydroelectric power line for low-cost and clean grid power, abundant freshwater, low elevation and available labour.

Earle also includes a positive regulatory environment within this, which under the administration of President Guillermo Lasso, is becoming one of the most attractive jurisdictions in the hemisphere.

"The Lasso administration is continuing to streamline and improve the permitting and regulatory environment, as well as the fiscal regime that applies to the mining sector. We think this will make this project one of the most attractive acquisition opportunities on the board as we enter a new M&A cycle for copper, which has kicked off in the last few quarters," Earle said.

While the Warintza Central deposit will underpin the valuation of Solaris in the near term, Earle thinks additional drilling will highlight huge growth potential beyond Central over the long term.

"This year, we just announced our fourth discovery at Warintza South, a target with two to three times the volume of Warintza Central. All these targets were defined by high conductivity, geophysical anomalies and coincident copper and molybdenum geochemical anomalies based on historical sampling - this is the low hanging fruit.

"Among these, South is a much larger target, with two to three times the volume of Central, and then the next target in line, Yawi, is twice the size of that."

Once the Warintza Central resource update is published, the next task is to show its world-class potential by studying the preliminary economics. To that end, Solaris has already started the work to complete a preliminary economic assessment (PEA), such as metallurgical testing, geotechnical work and environmental work.

"The resource is the key input because from that you build your mine plan and have your pit shape for site layout, infrastructure studies and so on. All that work is all well underway," Earle said.

Solaris also has a lot of drilling to follow-up and expand on the recent discoveries made at West, East, and South. However, with Warintza Central dominating the company's valuation, and likely to do so going forward, the Solaris management team is keen for shareholders to also obtain value from the other exploration assets held in Ecuador, Peru, Chile and Mexico, which it obtained through the original property package put together by legendary geologist David Lowell.

While the mechanics have yet to be determined, the idea is to spin these assets out into a new company called Solaris Exploration, whose shares are likely to be distributed to Solaris Resources shareholders.

"We see tremendous value in these assets and we want to make sure we preserve that value for our shareholders down the line beyond the immediate opportunity we've been working on with Warintza. We think there's more value than we can reasonably expect to service in the market and in any kind of transaction for the company," Earle said.

"We have a market capitalisation of about C$1.4 billion today and the valuations the sell side analysts apply to the updated resource at Warintza Central range between C$3 billion to over C$4 billion at a long-term copper price of US$3.50 per pound.

"You can see how much value is still to be realised in the market for Warintza Central before you begin to approach fair value.

"This also doesn't provide any credit to the discoveries already made and future discovery potential of adjacent targets within the 7km-x-5km cluster of outcropping porphyries at Warintza.

"There is more work that needs to be done behind the scenes - in terms of the reorganisation of the company, its subsidiaries and the concessions themselves - before we're able to put a timeline and specifics to the spin out, and assess funding needs."

Creating Solaris Exploration is also a prudent step in the face of the possibility of the Warintza Central resource generating interest on the corporate front, such as a strategic partner or joint venture interest - as well as an outright takeover.

"We try to be an open book with industry players, but it's not just about value. If you think about what the longer-term potential is for our shareholders, it's the larger opportunity within the land package we have in Ecuador," Earle said.

"Some portion of [of the land package] will end up in the spin out company, but there is also the greater potential in the rest of the Warintza belt."

"Ecuador is a very immature jurisdiction from an exploration standpoint and we think there are many world class discoveries that are going to be made in the coming decade and beyond. "We certainly want to be there to participate in that and bring our shareholders along for that benefit.

"Warintza has the potential to deliver a massive win for Ecuador, in terms of establishing its credentials as a premier jurisdiction for new mining investment, particularly in copper. We want to make sure we do the best possible job, not just in respect of value, but within a broader set of values that are important to all our stakeholders and the country itself." 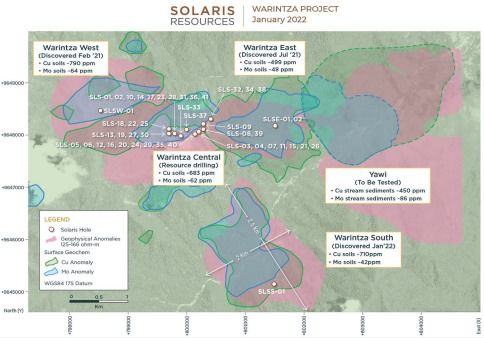 Solaris (and Ecuador) are poised to win big given the emerging copper cycle in which forecast supply deficits are increasing with each iteration.

"Those deficits are growing as both a function of demand and the forecast supply. On the demand side, we've seen an incredible outperformance of the push towards decarbonisation to realise global climate goals," Earle said.

"There has been greater consumer adoption of electric vehicles than anyone has forecast. These trends are well-understood by investors, but are proceeding at a much more rapid pace.

"However, on the supply side, you've got a continued unwillingness of the sector to make the capital investments it really needs to make in order to have a hope of delivering the copper supply that's going to be required for this growth profile over the coming decade.

"There's still a collective hangover from the last boom, with investors demanding capital discipline as a consequence of overspending in the last cycle. That now leaves the pipeline looking very bare as we start the next bull cycle."

Country risk uncertainty is adding to the challenge of the copper sector to supply enough metal, due in part to political upheavals and community unrest in Chile and Peru - the world's number one and two producers, respectively.

"This has the impact of pushing out supply that was built into the models and bringing forward the supply deficits that have been forecast. The cycle has evolved more favourably from a pure price outlook perspective than anyone would have been forecasting a couple years ago," Earle said.

And while various jurisdictions are increasing their government take - including Panama, Chile, Peru, the US and Zambia - Ecuador has bucked the trend with the government trying to kickstart and accelerate the build out of a major mining sector.

"This requires billions of dollars of investment and to encourage this they're going to continue making regulatory reforms to facilitate and expedite it, and improve the fiscal environment to make the country as attractive as possible for international investors," Earle said.

"This is really significant, concrete action to deliver on the administration's message to industry that Ecuador is welcoming large-scale mining development in the country, with all the attendant benefits to the country's finances, economy, tax base, employment and labour development, infrastructure and so on," Earle said.

Exploration at Warintza has caught the market's attention due to discoveries at Warintza West, Warintza East and recently at Warintza South, in addition to long intercepts

The extension zone is one of the key target areas