Location and infrastructure a boon for large-scale project 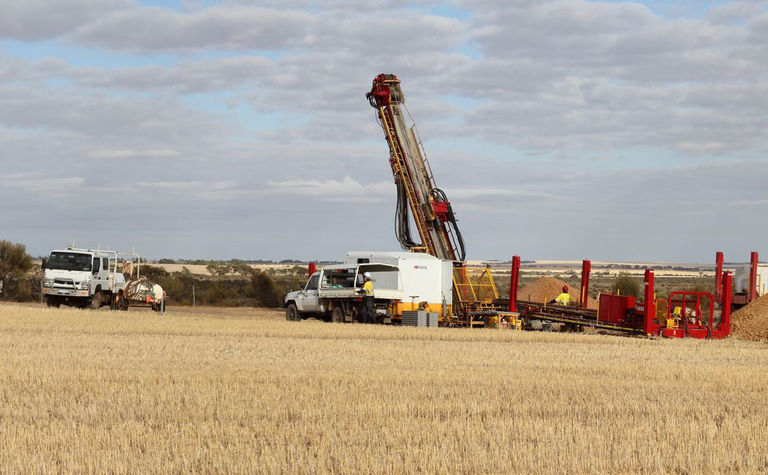 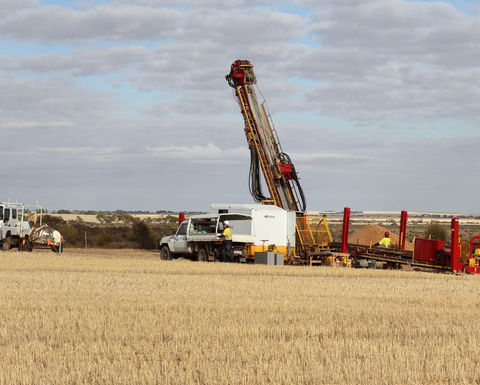 It takes a team effort to recognise and deliver on the huge potential of a large-scale, underexplored region, but that is exactly what the ASX-listed copper exploration and development company Caravel Minerals is doing in Western Australia's Wheatbelt region at its namesake project.

The Caravel copper project is an undeveloped conventional open-pit mining and processing project with a mineral resource of 2.84Mt contained copper. It is 150km northeast of Perth, between the towns of Calingiri and Wongan Hills. The project would produce 35,000 tonnes of copper in the first 5 years, ramping up to 55,000 tonnes of copper for export from year 6 onwards.

The area was first assessed in 2005 by Dominion Mining, which was looking for gold through the Wheatbelt region. Initial data showed areas of anomalous copper, which eventually led to the first mineralisation discovery in 2009.

The discovery was of such potential that it was spun out by Dominion into Caravel Minerals in 2013. Caravel Minerals then drove further drilling and feasibility studies at the copper discovery at Wongan Hills, while selectively assessing prospects within its comprehensive proprietary database - the result of systematic regional-scale exploration programmes by Dominion throughout the South West Yilgarn Terrane during the 1990s and early 2000s.

The Caravel copper project will be a conventional mining and processing operation that has a low strip ratio and major locational advantages - which include being on the power grid and close to established towns. Abbott said it is a simple project to execute that is very viable, particularly at current and projected copper prices.

There is a strong resurgence in the copper demand outlook that is being driven by global policy shifts towards lower-carbon economies and electrification. After reaching an all-time high in 2021, the spot copper price continued to hover around the US$10,000/t mark in January, with some analysts predicting that prices could reach US$15,000/t within the next three years. For Australian companies, the favourable exchange rate gives an added incentive.

"The copper price has also been in our favour and a range of market indicators on both the demand and the supply side give us confidence this will continue to be [the case] for the foreseeable future," Abbott said.

This has created strong interest in new copper projects that are near development stage. However, a lack of exploration in recent decades means there are fewer new mines coming online even as copper grades are starting to decline, which has shifted the supply/demand fundamentals in recent months.

Many of the world's leading copper producers are in South America, where operations continue to be constrained by government intervention around royalties and labour regulation. Despite the concerns over border shutdowns, the political and economic stability of WA continues to make it a desirable destination as a mining jurisdiction.

The timing couldn't be better for Caravel and its shareholders, as the company is completing a pre-feasibilty study (PFS), which is due at the end of Q1 2022. The PFS will be based on the November mineral resource, which followed major drilling programmes between December 2020 and August 2021.

A key advantage for Caravel is its close location to the ports of Bunbury and Geraldton, both of which are capable of exporting bulk and containerised copper concentrate. With the project less than 150km from the state's capital city and major highway upgrades completed or planned, field crew and future employees can easily commute from Perth, rather than relying on a fly-in, fly-out workforce.

Unlike remotely located projects that generate power using diesel or natural gas, the Caravel project is situated within the state power grid, which offers direct access to electricity generated by renewable and other sources.

During the PFS, Caravel is assessing options for the electrification of its mining fleet, which offers significant cost advantages in fuel and maintenance costs and reduced emissions. Hand in hand with this would be the use of autonomous equipment, and a greenfield project such as Caravel is able to effectively incorporate the technologies in mine planning and design.

The project's location and scale are also positive for the WA government. Estimated royalties of up to A$810 million, and significant private investment within the Wongan-Ballidu Shire, are expected.

"There is keen interest in this project from regional stakeholders and during this project-planning stage we are consulting to ensure opportunities will flow from what will be a long-life, modern, copper production project," Abbott added.

"This project is going to bring employment to the local towns as we move into construction and then full-scale operation and an increase in underlying demand for local goods and services".

The company plans an initial processing production of 12Mtpa in the first five years at Bindi, providing Caravel with early access to higher-grade ore, while mining is likely to start at the Dasher deposit around 15 years later.

"There is plenty of potential for us to add significant value in the project area," he added.

For Abbott, this means there is no interest in diversifying into other metals or minerals as plans ramp up towards production and meeting that future demand.

Further work is ahead for the team at Caravel in order for the company to begin production within the next five years. The next 18 months will consist of finalising studies and financing, Abbott said, followed by the construction of the mine.

"Copper is in everything," he said. "Some other metals and minerals will come and go, but copper will always be in demand".