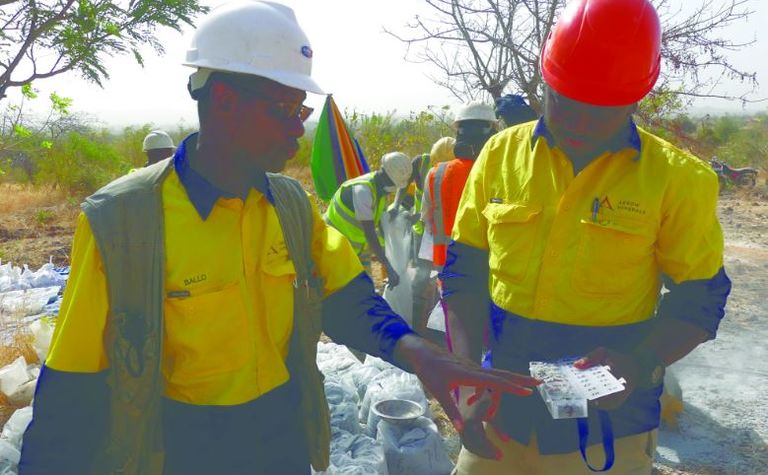 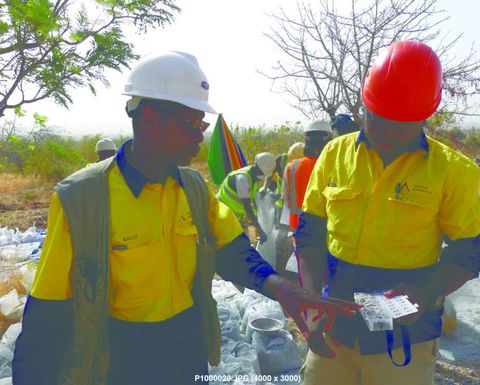 Successful gold explorer Arrow Minerals has honed its focus on West Africa and is taking a systematic, scientific approach to exploration as it sets its sights on the Birimian greenstone belt's multimillion-ounce potential and creating shareholder value.

The ASX-listed company entered the June quarter with a laser-like focus on its strategy, after a restructure and more evidence its finetuned exploration approach in Burkina Faso is paying off.

Arrow has shored up its position in the country since making the greenfields Dassa discovery at its Vranso project in 2019, where its first drill hole intersected 33m at 1.9 grammes per tonne gold from 21m, including 9m at 4.3g/t.

It's created an "unrivalled landholding" at Vranso of 10 semi-contiguous tenements that now span 1,300sq km of the Birimian greenstone belt - a flagship asset in a portfolio of prospective projects in the emerging gold exploration hotspot.

He took over from Howard Golden in March as part of the company's succession plan and acknowledged his predecessor's role in consolidating the flagship project and discovery success.

Director Tommy McKeith also has a wealth of experience in Africa, including executive roles with Gold Fields, and chairman Dr Frazer Tabeart has more than 30 years' experience in international exploration and mining projects. 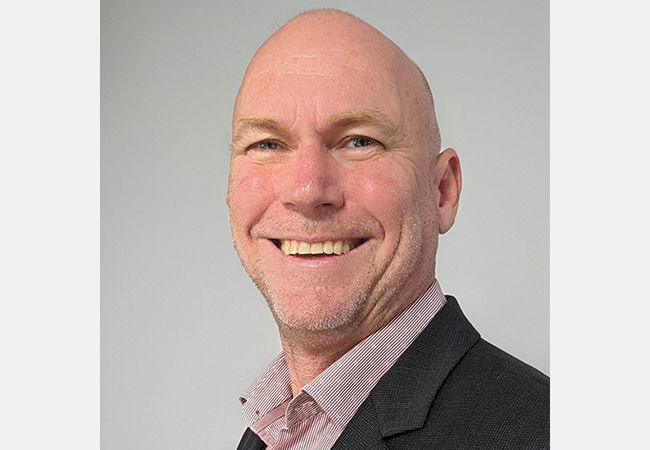 "It's a very solid board, a very supportive board, and we're very aligned on what we want to achieve," Bresser said.

"We're a West African gold exploration company and we have a clear roadmap that we want to follow to deliver value back to shareholders.

"The best way we can do that is through a systematic, science-based discovery that brings our asset to the point that it attracts interest."

A key part of the Vranso package is its reciprocal exploration rights agreement with Canada's Trevali Mining, which operates the Perkoa zinc mine in the middle of Arrow's previous patchwork of permits. Arrow has the right to explore on Trevali permits, in return for a 51% interest in any gold resource defined on them.

Likewise, Trevali has the right to explore on Arrow permits in return for a 51% interest in any base metals resource.

The existence of Perkoa also means access to infrastructure such as sealed roads, power and water, and a community familiar with mining and its benefits.

"In this particular area, zinc has been the focus and no one had been able to access the land because it's been held by other companies, now Trevali," Bresser said.

"We've come in at a time when Trevali is starting to look for new zinc assets and we hold ground around them … and so now, through this agreement, we have a coherent belt through the central Boromo belt that's gone from a postage stamp to a land package."

Arrow has also gained historical data dating back to Billiton exploration days in the 1970s.

Bresser, an economic geologist with extensive international experience, is excited to extend a methodical approach to the first modern gold exploration effort in the enlarged area.

"We're able to look at a structural belt within the Birimian that's 90km long and see ‘this is what caused Dassa'," he said.

"It's orogenic Paleoproterozoic gold that we're looking for, so it's all structurally controlled.

"The phase we're in now is very much about vectoring and finding where our key target areas are."

He cited identifying the Kordie prospect as a great example. 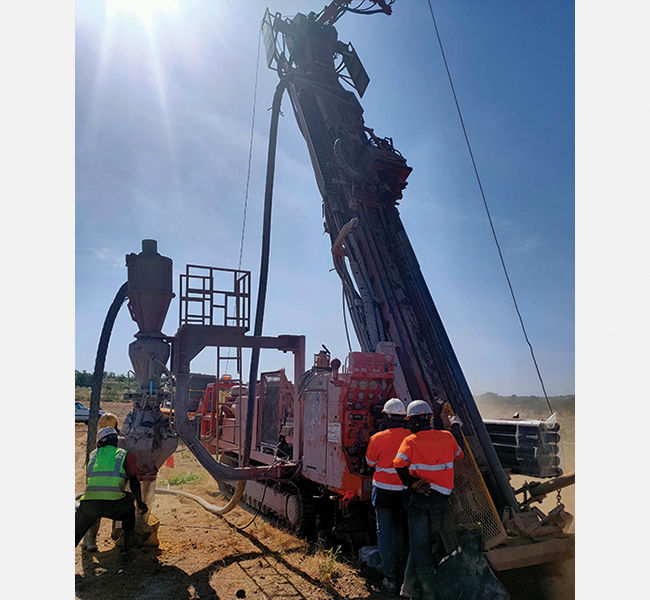 Arrow had identified anomalies coincident with one of Vranso's major structures and soil sampling recently validated the target, which had been narrowed down by earlier stream geochemistry.

The soil geochemistry results "confirmed the presence of an extensive high-quality gold target at the Kordie prospect," Arrow announced in early April.

"We've gone from having an area of about 250sq km to 50sq km and the soils have reduced the target zone down to about 25sq km on a mineralised structural zone, this is a fabulous example of systematic exploration in action as we focus down to prospect scale," Bresser said.

"Further soil sampling is now underway in the greenfields area to centre in on the best target.

"We'll continue to do that work until we get to the point of where we want to drill at Kordie."

"Recent work there has identified parallel structures, a whole lot of sutures that are running in the same orientation, sub parallel and parallel, we've covered the entire area with soil geochemistry and it's like a bull's eye," he said.

At the other end of the project, Arrow is working towards maiden resource definition at Dassa.

"We know it's a mineralised zone, we know it's going to be a deposit - what we don't know is how big," Bresser said.

"Our last drilling programme extended the known mineralisation by a kilometre, from 3km out to 4km.

"What we need to define down there is how big the system is and then drill it to bring it into a resource category."

Alongside its targeted focus on Vranso, Arrow is building a pipeline of projects in West Africa in line with its strategy to deliver long-term value to shareholders.

Arrow has another project to the south, Naka, and Bresser said the company would continue to seek opportunities in a region he sees as an emerging gold destination.

"Burkina Faso, 15 years ago, only had one or two significant gold mines - it's now got 12," he said. "It's been a hotbed of exploration and discovery over that period of time.

"Vranso is very much our key focus, but we keep other things turning over. It's all about finding the right project in the right place and making sure we get entry for value."

Bresser acknowledged the country had experienced a military coup in January 2021 but said it had been publicly supported and would hopefully result in more stability.

He noted the constitution had been reinstated within a week and there had been limited impact on gold operations, which were a key driver of the country's economy.

Arrow is doing its part to help build a better future around Vranso in line with its environmental, social and governance commitments. 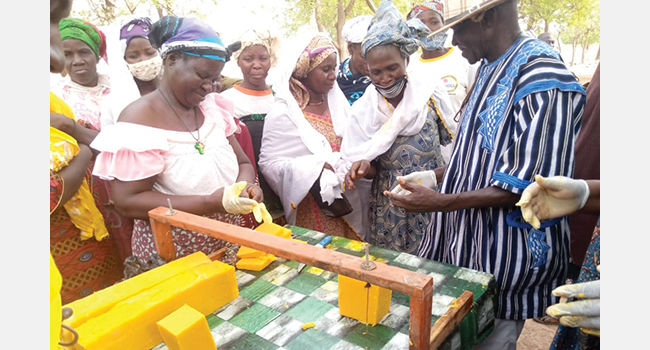 It's run business, first aid and enterprise development courses, including soap-making workshops, plus assisted with necessities.

"We spend the equivalent of 2% of our in-ground exploration funds towards community workshops," Bresser said. "We're trying to do things that make a difference."

Meanwhile, Arrow has been divesting its legacy assets in Western Australia.

It's set to receive A$500,000 for the sale of 90% of its Malinda lithium project, a cash injection intended to advance its projects in West Africa.

"In a nutshell, we are a West African gold exploration company focused on securing and retaining value for shareholders," Bresser said.

"We have a process of systematic, science-based exploration … we are just going to make discoveries."