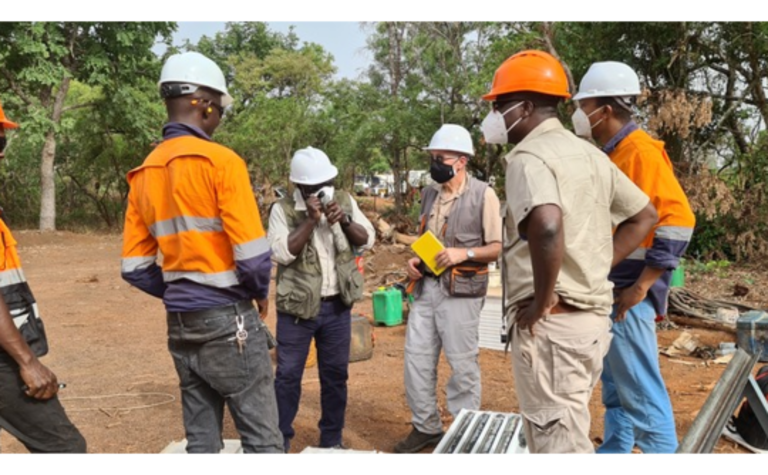 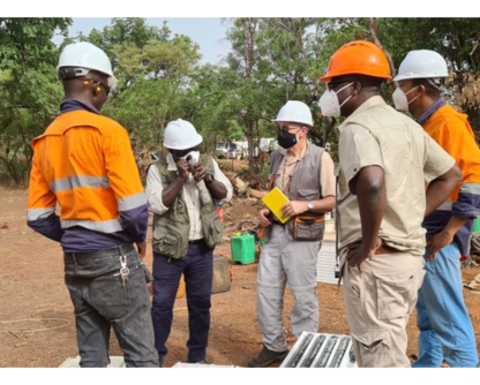 Predictive Discovery is entering a new chapter as the company looks to expand its Bankan "once in a decade" gold discovery in Guinea and build West Africa's next tier one gold mine.

Within 17 months, Predictive (ASX: PDI) went from a discovery hole at Bankan, located in Guinea's Siguiri Basin, to a resource of 72.8 million tonnes grading 1.56g/t for 3.65 million ounces.

Managing director and experienced gold executive Andrew Pardey believes Bankan is one of "the most exciting projects in West Africa".

Pardey was a driving force in bringing Centamin's Sukari gold mine in Egypt into production and served as CEO of the £1 billion company.

He also held senior management roles at AngloGold Ashanti's Siguiri and Nordgold's Lefa gold mines in the Siguiri Basin and was involved in the Bankan discovery.

"It's the largest maiden resource discovery in West Africa since 2012," he told RESOURCEStocks.

"It's a straightforward openpit project with significant potential for high-grade underground mining - and it has simple metallurgy with conventional processing."

But Bankan's best attribute is its potential for further discovery on its four contiguous exploration licences covering a 35km-long richly gold-endowed super structure, he explained. 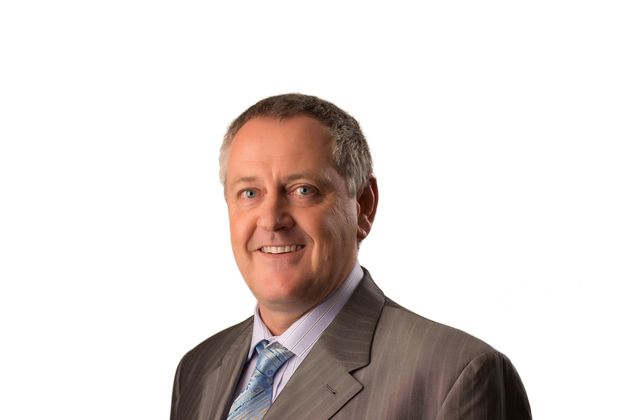 "With further drilling and the improved geological understanding that flows from that, these prospects are expected to add significantly to the Bankan project's mineral resource inventory."

The company had two multipurpose rigs in operation at the time of writing, drilling holes to depths of 500-650m below surface to explore for deeper extensions of the high-grade gold zone.

PDI planned to soon have up to half a dozen rigs running, aiming to increase the resource base.

"We think this increase is likely because we went from discovery hole to MRE in 17 months and there is much more to uncover," Pardey said.

"Planning is currently underway for additional resource definition drilling to commence as part of the continued growth strategy, in parallel with aircore and power auger programmes being completed across the Bankan project, testing structural target areas interpreted from the aeromagnetic survey across the project area.

"We foresee a lot of upside: at NE Bankan, we need to test depth and strike extensions to this zone, and at Bankan Creek, all the intercepts are open along strike and at depth."

Beyond drilling, Predictive Discovery is moving to produce technical studies, secure permits and a mining licence and advance environmental and social initiatives.

Led in Guinea by country manager Aime NGanare, the company is committed to working with the government, adding positive and proactive two-way communication with the mining and environmental ministries had resulted in support for the project.

It's held high-level meetings to resolve Bankan's overlap with the edge of a national park.

"We are designing a best practice biodiversity management programme to ensure our stakeholders can have the confidence that we will develop this project in a way that mitigates any negative impacts," Pardey said.

"This includes defining a robust biodiversity management plan given Bankan's proximity to the Upper Niger National Park and other sensitive sites.

He said PDI's 18-month programme was split into two phases, the first being a baseline study and involving stakeholder engagement and dry and wet season surveys; and the implementation of a mitigation hierarchy.

"We will continue working with the Guinean government to build a mine that minimises its environmental impact," Pardey said.

"PDI has a team experienced in taking assets from exploration to production.

"We're committed to enhancing social licence to operate and committed to delivering returns to all stakeholders."

As for operating in a country which experienced a military coup in 2021, "there are few better places than Guinea for a mining company," Pardey says.

"It has everything a mining company would want," he continued.

He pointed to a fully transparent mining code, advanced and robust environmental management expectations and Guinea being an EITI member, with the Extractive Industries Transparency Initiative being the global standard for the good governance of oil, gas and mineral resources.

"It's a well-established mining address for international miners," Pardey said.

He also views Guinea as an emerging gold exploration hotspot.

"Guinea is the least explored country for gold in West Africa but we think it won't stay like this for long," he said.

"It's one of the best places to be exploring."

Aside from Bankan, PDI has other projects and joint ventures in the wings, elsewhere in Guinea, in Burkina Faso and Cote d'Ivoire.

"It's the number one region for the most gold discoveries over the past decade.

"It was the number two global gold producing region in 2020, and number four for global exploration spend in 2020."

However PDI is firmly focused on realising Bankan's full potential.

"This is the right team developing the right project that's in the right location," Pardey said.

"With the largest maiden resource discovery in West Africa since 2012, Bankan is one of the most exciting projects in West Africa.

"We have a team experienced in taking assets from exploration to production and we're committed to enhancing our social licence to operate and committed to delivering returns to all stakeholders.

"We look forward to apprising our stakeholders of our drilling results.

"We are certainly excited about the future of Bankan."