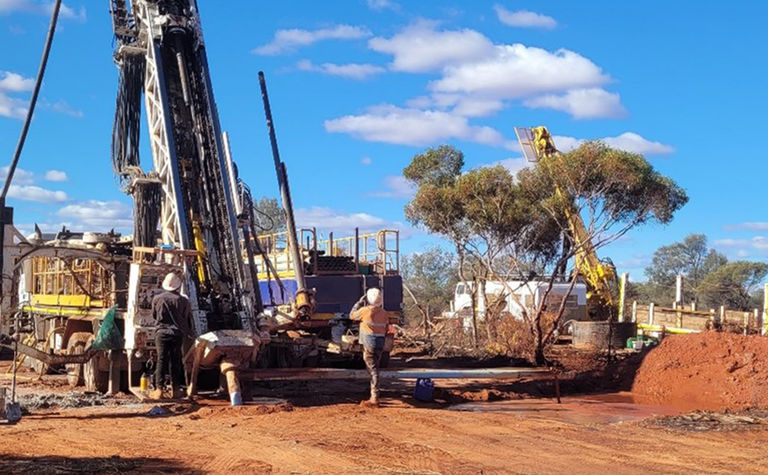 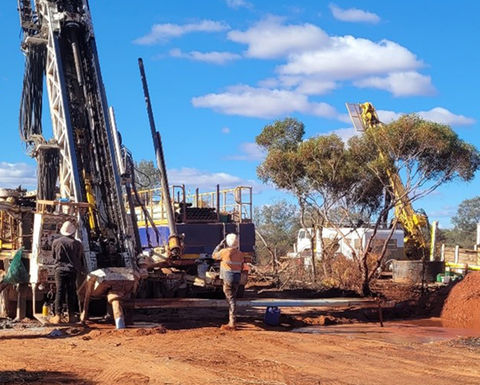 It is not every day that an early stage gold explorer with a market value around $12 million attracts the attention of a London mining research house, but Hallgarten & Co's principal Christopher Ecclestone earlier this year accorded OzAurum Resources (ASX:OZM) a 'long' rating. He had spotted an up-and-coming explorer.

This West Australian junior, although listed only in February 2021, has a number of things going for it according to Ecclestone. One of them is the fact that OzAurum has two projects lying on proven gold-bearing structures (the Laverton Tectonic Zone and the Keith-Kilkenny Trend); another is the proximity (2km) to the 3.2Moz Carosue Dam mine owned by Northern Star Resources (ASX:NST); and — a strong third — the decades of work by Managing Director Andrew Pumphrey devoted to these projects.

Ecclestone says that Mr Pumphrey's "dogged pursuit" of the Mulgabbie and Patricia prospects, located 130km northeast of Kalgoorlie, has finally borne fruit. "It is indeed surprising that territory so near to Carosue Dam should have been so cursorily overlooked for so long," he added. 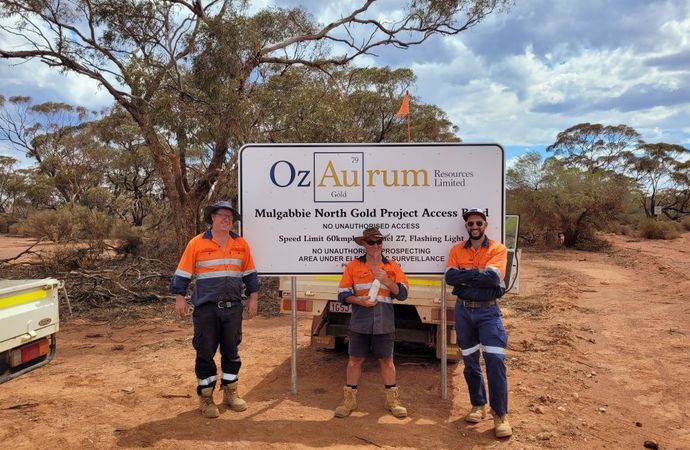 Well, they were not overlooked by Mr Pumphrey, even though in the case of Mulgabbie North there had been limited exploration due to transported cover.

More than 30 years ago he and his wife, petrologist Dr Alicia Verbeeten, pegged ground northeast of Kalgoorlie. Over those 30 years, Pumphrey kept those tenements at Mulgabbie in good standing and advanced them by carrying out drilling and exploration so it was there, ready for the right time. To that they added Patricia, named after the daughter of its 1930 explorer Alf Thompson

Mulgabbie and Patricia were the assets with which OzAurum Resources listed on the Australian Securities Exchange after raising $12 million.  In the first 14 months, the company completed an impressive 34,000m of reverse circulation and 48,000m of aircore drilling.

Mulgabbie was in its day a thriving mining centre with more than 40 shafts being sunk (and busy enough to support its own pub).

Less than a month after listing on the ASX, OzAurum was able to post the first results from Mulgabbie North. The maiden drilling campaign returned high-grade gold mineralisation, open along strike and at depth. Results from the first nine holes showed that all intersected significant gold mineralisation, and assays included 4m at 10.26gpt, 8m at 3.41gpt and 7m at 2.90gpt.

Three months after listing OzAurum's aircore drilling turned up some spectacular hits at Mulgabbie North, including 1m at 162gpt, 1m at 31.0gpt and 1mn at 15gpt, with composite samples also looking impressive. Then, by late June, 130 holes had been completed and, again, the good news kept coming from Mulgabbie North — 4m composite samples coming in at 5gpt, 4gpt and 2gpt.

And today the drilling continues apace, helped by the fact that the company operates its diamond drill rig (owned by Andrew Pumphrey and provided at no cost to OzAurum) so doesn't have to join the contractor queues. "Putting money in the ground is our policy," says Mr Pumphrey, the company recently raising a further $2 million to sustain the drilling momentum. "We did more drilling in our first year after listing than most IPOs do." And it shows.

Mulgabbie North continues to grow, with RC and AC drilling testing multiple targets over 8km of strike. Then in June came success at the virgin gold discovery at Mulgabbie North — the Dmag Zone — where diamond drilling intercepted 55m at 1.0gpt (from 47 downhole), including 4m at 4.98gpt and, within that interval, 1m at 15gpt.

Once supergene gold was identified at the Dmag Zone, by OzAurum's AC drilling, the company followed up with three lines of RC drilling, all lines producing what Mr Pumphrey describes as significant results. There has been little drilling in the Demag zone; the last recorded effort was a small rotary air blast program of 10 holes by the former Gutnick Resources over the actual Demag Zone and other follow-up RC drilling in the adjacent area at Mulgabbie (four holes for 1357m) which "returned broad intervals of low to moderate grade gold" — and that was it.

The Mulgabbie project area is located just 2km from the Northern Star Resources' Carosue Dam mine which has so far produced 1.5Moz of gold. Mr Pumphrey notes that Carosue Dam is the western side of the Carosue Basin and Mulgabbie North is on the eastern side. 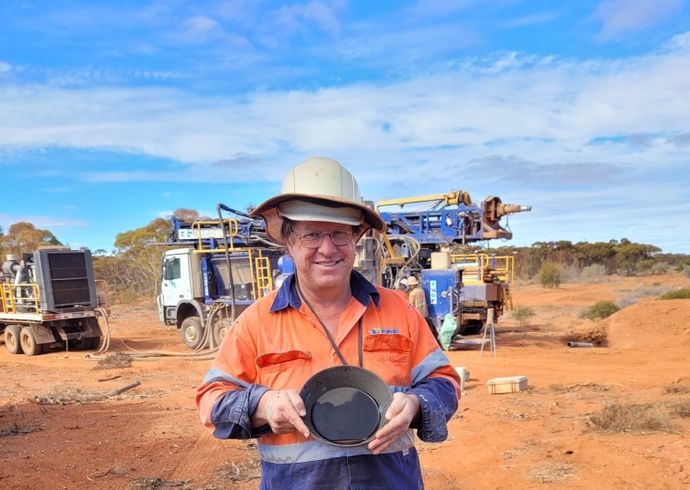 OzAurum is working on the assumption that it is sitting on similar structures that host Carosue Dam. The host rocks are intermediate-felsic volcaniclastic units — very similar to Northern Star's Carosue Dam as well as the Karari and Whirling Dervish gold mines. "So there should be a bit of gold on our side, too," he jokes.

Recently completed close-spaced drone magnetometer surveys coupled with a gravity survey, as well as bottom-of-hole multi-element aircore geochemistry, at Mulgabbie North has provided OzAurum with the baseline data to understand the Mulgabbie North project, in addition to which there have further targets generated for future RC drilling.

Mr Pumphrey adds that OzAurum has plenty more targets yet to test.

Hallgarten's Ecclestone takes the same view of the geology. "The Mulgabbie and Patricia projects occur in greenstones on opposite sides of the medium scale ovate Galvalley granite pluton," he wrote in his note on OzAurum. "Both project areas occur in craton-scale tectonic zones that are characterised by prolific gold production."

Patricia, 40km north of Mulgabbie, was discovered in 1930 and mined underground until 1937 with an average grade of 41gpt. Patricia had not been drilled for more than 30 years, but RC drill testing by OzAurum indicates high-grade gold mineralisation and one which is still open at depth. Patricia was historically mined as an open pit to a depth of 25m.

The Laverton Tectonic Zone which on which Patricia lies also hosts important deposits such a Butcher Well, Wallaby and Sunrise Dam.

Mr Pumphrey is not fazed by periods of weakness in the gold price. "It's a fantastic commodity to be in," he says, adding that with the recent sharp falls the numbers still work very well in Australian dollars. And he sees gold being well placed given the Ukraine war and other uncertainties around the world, a US economy in trouble and now inflation raging. "Gold is historically a safe haven".