The 2012 discovery of Triple R uranium deposit was a game changer for geologists’ understanding of the Athabasca Basin. 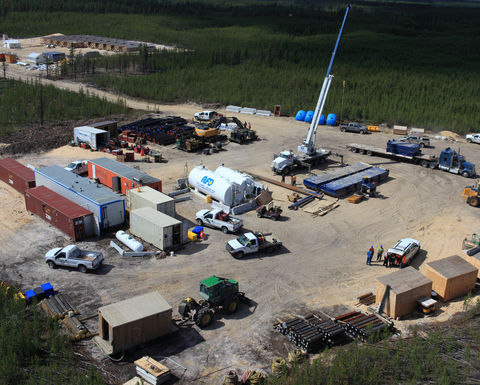 With 114.9 million pounds of indicated resource and a further 15.4 million pounds in the inferred category, it is the sixth largest deposit ever discovered in the Athabasca Basin, and stoked major exploration interest in the basin's southwestern fringe. With a feasibility study expected by the end of 2022 and with uranium price forecasts remaining bullish, Fission Uranium Corp, sole owner and operator of the PLS project which hosts Triple R, is moving steadily through development.

"It's been ten years since discovery to reaching the point where PLS is close to conclusively demonstrating that it is on track to become a major, low-cost producing asset," says Ross McElroy, the company's president and CEO. "I think the southwest side is rapidly becoming the next major mining focus of the Athabasca Basin." 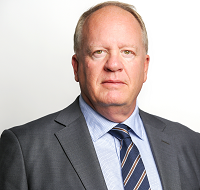 Few mining professionals can compete with McElroy's pedigree in the basin. In the mid-1980s he worked for the crown-run Saskatchewan Mining Development Corporation, which went on to become publicly-traded Cameco, and he was part of the team that discovered McArthur River, the world's largest high-grade uranium deposit. Having worked for junior mining firms during the uranium boom of 2004, he joined Fission Energy, as it was then called, in 2007 to direct exploration at its early-stage projects. The first discovery made by the McElroy-led team, the J-Zone at Waterbury Lake, led to Fission Energy's acquisition by Denison Mines in March 2013, and the company's non-core assets being spun off into Fission Uranium.

Previously, major uranium deposits, including McArthur River and Cigar Lake, had been made in the unconformity, the region where the basin's crystalline basement rock and the sandstone on top of it meet. Triple R was discovered in the basement rock outside the basin. The deposit is at shallow depths of 50-300m and the competent basement rock is less technically challenging to mine than sandstone, making for lower operating costs and technical risks. "This is the largest, near-surface, high-grade basement rock-only uranium project in the Athabasca Basin," McElroy says. "It's large, it's high grade, and it's economically viable."

Furthermore, the current resource estimate could be just scratching the surface of the project's potential. PLS sits on a land title of 31,000ha - five times the size of Manhattan Island - and the early discovery means that 90% of property has yet to be drilled as exploration efforts to date have centred around Triple R. "These deposits tend to occur in multiple frequencies along geological trends and we have all the markers and features for other areas that could become high-priority exploration targets," McElroy says. "I think further exploration will reveal the enormous potential of the property and we're seeing the right market conditions to justify this exploration in addition to advancing the deposit itself."

For now, however, the company's efforts are focused on its upcoming milestone announcement of a feasibility study. In September 2019, Fission Uranium released a pre-feasibility study for an underground operation with seven years of mine life that would process 2.3Mt of ore from two of the project's five zones. With a capex of C$1.18 billion, the 81.4Mlb of produced uranium were forecast at operating costs of US$7.18/lb.

"The key to Triple R is that we can be a very low-cost operator," McElroy says. "Kazakhstan dominates the industry because it has very low average operating costs of between $10 and $11 and we're clearly in that category. That's what basement rocks do, they have the potential to lower your operating costs and give you an advantage." 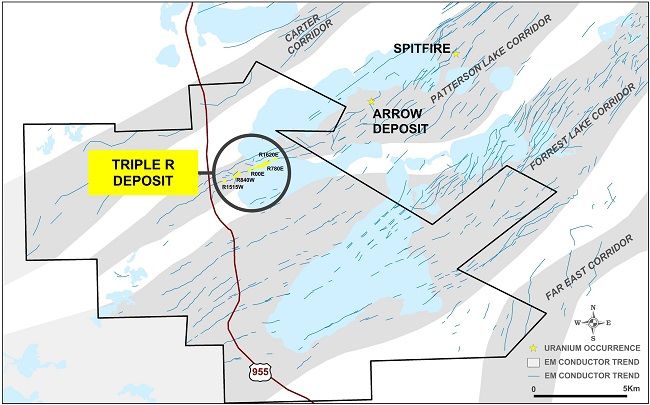 The feasibility study, due by the end of 2022, is expected to strengthen the economic argument, bringing new resources into the mine plan from the R840W zone, with corresponding increases in mine life and further production advantages. As part of reaching this goal, Fission conducted an infill drilling programme at R840W and, in September 2022, released an updated resource estimate that boosted uranium content by 12.3%. The company has also been heavily focussed on geotechnical work, to develop a better understanding of rock mechanics at the project. Although primary access will be by a decline, the new plan is expected to call for a moderate increase in shaft size dimensions, which can be used for additional production access.

"The feasibility study will take into account a larger resource, with a new zone that allows for greater flexibility when combined with the current improved uranium prices," McElroy says.

In parallel, the company has been working towards permitting PLS and has been collecting environmental baseline data for nearly a decade, while working closely with local rights holders and stakeholders. The most important review, the environmental impact assessment, is expected to begin in the third quarter of 2023 and last 24-36 months. Local indigenous communities will continue to be consulted, and have a history of being supportive of such projects in the region. "The Saskatchewan government has a long-term vision on development," McElroy says. "There are no short cuts but there are no surprises, they don't change the rules on you. We've developed a team with permitting expertise from the best in the industry, people who've brought major uranium mines into production."

McElroy points out that the firm has the ability to develop it alone, while not discounting the possibility of future sale. "When you have a project with these phenomenal, robust economics, you can take several routes forward," he says. "It's a large enough deposit for us to keep going on our own path and as we get closer to production, we'll seek out strategic relationships if we feel they can build shareholder value. The number of potential buyers in the uranium space is small compared to copper or gold, but we've sold projects in the past and there is a strong M&A dynamic in the sector right now, much of it focused on the Athabasca Basin." Fission Uranium has already garnered strong interest from institutional investors who have grown their holdings from under 10% to almost half of the company's shareholders.

With the forthcoming feasibility study set to highlight PLS' clear path to production, the project stands well placed to provide investors with major upside as uranium prices continue to rise as a result of geopolitical pressures and growing efforts to convert to green sources of energy.

"Our PFS was forward projecting production based on $50 uranium. That is where the spot market is right now. Most projections these days are significantly higher. I would not be surprised to see a doubling in price in the near future," McElroy says. "Development projects have a key role to play in providing clean energy to utility companies. PLS is in North America, it has strong economics and the case for the uranium sector keeps getting stronger and stronger."