Argentina has the potential to produce enough uranium domestically to wean itself off expensive imports for electricity generation in the near future, says Nikolaos Cacos, CEO of Vancouver-based Blue Sky Uranium. 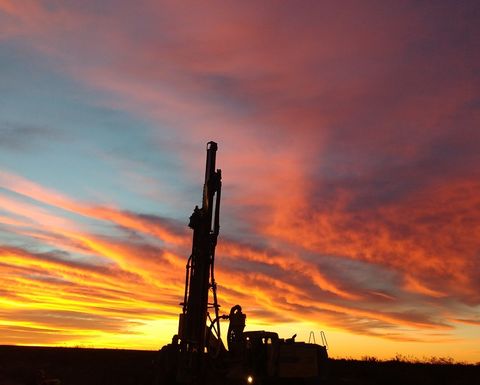 He notes that Argentina has the eighth largest landmass in the world and that the investment framework for mining has improved over the years, from state ownership of resources in the past to a much more liberalised regime now. "The Argentinian government understands nuclear and the uranium industries," he says. "The government is very supportive. Argentina is an underappreciated country in which to do business. They are of course interested in revenues from mining, including uranium."
Of particular interest to Blue Sky is the Rio Negro province in Patagonia, southern Argentina, where the company is advancing the Amarillo Grande Uranium-Vanadium project, which was discovered following exploration work between 2007 and 2012. The project encompasses the Ivana deposit, which has an estimated 22.7Mlb of uranium in place and 11.5Mlb of vanadium, used to make steel alloys, for use in, for example, nuclear reactors.
"What we discovered in Rio Negro is not just a project but a district. It is 145km in length, it is enormous," Cacos says. "The area has the same geological characteristics 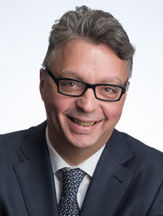 Nikolaos Cacos, CEO, Blue Sky Uranium
as Kazakhstan, which hosts some of the world's largest uranium deposits."
According to a preliminary economic assessment, as the production costs associated with Ivana are estimated to be relatively modest, the deposit could potentially be profitable with uranium prices as low as US$20/lb, according to Cacos. "The financial viability is there even at US$20/lb and right now prices are around US$50/lb," he says.
"The deposit is located 25m from the surface so it is not deep," he explains. "It is also unconsolidated ground and not very hard. That means you don't need to carry out crushing or blasting, which is expensive."
If developed, Ivana could produce uranium for an estimated 13 years. Pre-production capital cost is estimated at about US$128 million, while the Life of Mine sustaining capital cost is estimated at US$35.46 million. After-tax Net Present Value is calculated at US$135.2 million.
Blue Sky's next step is to publish a new resource estimate and then commence a prefeasibility study for Ivana, which will take about 10 months to conclude. The completion of the PFS would bring the company to the stage where a production decision could be made, most likely about Autumn 2023. If the project goes ahead it is expected to take about three years before production can start, Cacos says.
But the company is not planning to go it alone. "We would likely want to team up with an experienced producer," he says.
As for sales, the primary market would be Argentina, to supply its nuclear reactors. Preliminary assessments however suggest that Ivana could produce 1.4Mlb/pa of uranium, which is more than enough to satisfy Argentina's needs, allowing for the possibility of exports, Cacos says.
"Argentina pays almost double the current global spot prices for its uranium. We could sell at very competitive prices. And being so dependent on Kazakhstan - as part of the FSU a geopolitically risky region - is a concern. Domestic uranium production would boost security of supply," he says.
Patagonia, which spans Argentina and Chile, is a vast area known for its natural beauty. Rio Negro, in Argentinian Northern Patagonia, boasts glacial lakes and the snow-capped Andes mountains. Consequently, the environmental footprint of uranium production is of great concern. "Although this is a very sparsely populated area, we go to great lengths to ensure that local communities are informed of our activities and are on board with what we are doing," he says.
Cacos believes the world is seeing a nuclear renaissance after falling out of favour post-Fukushima. "I am sensing a real shift towards nuclear power," he says. "There has been a U-turn from many environmental groups in terms of support. Nuclear energy is becoming more and more accepted. It is the best way to decarbonise energy. The new reactors are also safer and cheaper, especially the Small Modular Reactors," he says.
And with more reactors being built, the outlook for uranium prices is bullish, Cacos says. "A lot of financial players, including hedge funds and banks, are buying uranium and storing it. They obviously believe prices will go up."
In total, the company has more than 4,000sq.km (400,000ha) of prospective tenements for uranium and vanadium in Argentina. "Can we find more? Of course we can," Cacos says. "That is what Blue Sky is about. We want to find another Ivana." 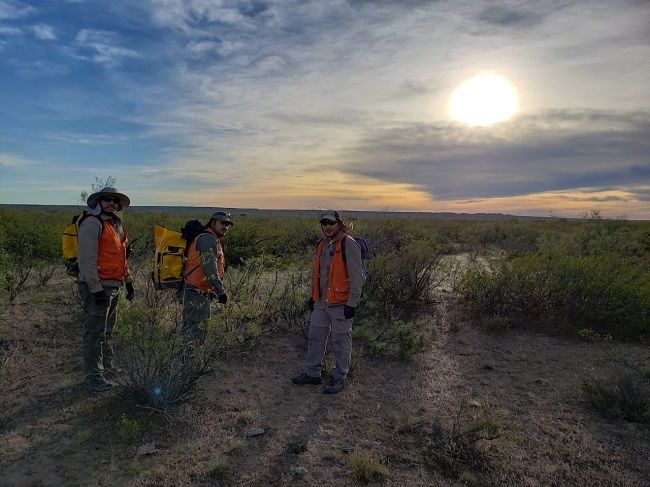