To date the focus of most investment dollars in the rapidly growing global lithium industry has been on hard rock miners, many located in Australia, and the brine deposits in South America's lithium triangle. However, processing methodologies focused on extracting the key battery metal from clay deposits are developing rapidly and today several soft rock deposits are in advanced stages of development. Following promising early results from its pilot study, Cypress Development Corp is set to release a feasibility study for its Clayton Valley project in Nevada in the first half of 2023. 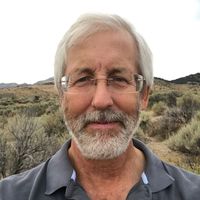 "You can look at sedimentary clay deposits today as being almost equivalent to copper oxide deposits 30 or 40 years ago," said Cypress Development CEO Bill Willoughby. "People disregarded them but along came solvent extraction and made them profitable. That's what we're trying to do at Cypress, to take the clay all the way to pure lithium battery-grade deposits on site, bypassing the conversion plant."

Willoughby took the helm of Cypress Development in 2017 at a time when the company was completing its first drill campaign at Clayton Valley and he was impressed by early samples, some of which contained 3000 parts per million lithium. The property abuts the Silver Peak lithium brine operation to the north, which was acquired by Albermarle in 2015, and the potential of the project was confirmed in the company's March 2021 prefeasibility study (PFS). The robust PFS indicated an After-Tax NPV (8%) of US$1.03 Billion and IRR of 25.8% using US$9,500/tonne Lithium Carbonate Equivalent (LCE). Working with a resource of 6.3Mt of indicated LCE and a further 1.28Mt of probable reserves, the PFS envisaged a 15,000t per day operation, producing 27,000lb a year of LCE over a 40-year life of mine.

Processing for the plant in the PFS was based on the usage of sulfuric acid.  However, due to skyrocketing prices of sulfur attributed to a bottleneck stemming from access, management at Cypress decided to move in a new and greener direction and optioned to use hydrochloric acid as an alternative. The team at Cypress, found that not only can they produce hydrochloric acid on site, but the new leaching process created easier filtration and led to better washing of the tails and required less process water to be utilized.

Over the course of 2020 and 2021, with lithium prices and stocks in the sector soaring, Cypress was able to raise C$45 million. This was sufficient to complete the construction of a pilot plant while still leaving enough in the coffers to take the project through to feasibility and much of the permitting process set to begin in 2023. "We raised money at a very fortunate time," Willoughby said. "We've used our money in the most efficient way possible and our cash position is still very good as we move forwards on the feasibility study."

That study will break the lithium processing into four units. In October 2022 the company signed an agreement with thyssenkrupp nucera to design a chlor-alkali electrolysis plant to provide hydrochloric acid and sodium hydroxide, a neutralising agent. That will allow Clayton Valley to switch to a hydrochloric acid leaching process and run a direct lithium to product (DLP) technology based on ion exchange that the company acquired from Onyx in 2021. The resulting concentrate solution is refined using a process developed by Vancouver-based Saltworks Technologies. Furthermore, in September 2022, Cypress announced that the company had produced 99.94% LCE using this process at its pilot plant, comfortably above the 99.5% grade required by battery companies.

"We split the process into four components and we contracted world-renowned engineering companies," Willoughby said. "This is not an unconventional process, it's an assembly of four standard and accepted processes and the testing at our pilot plant shows that they can work together." Further proof of concept could come from the Rhyolite Ridge and Thacker Pass projects owned by ioneer and Lithium Americas respectively. Both are clay deposits located in Nevada and the former already has a feasibility study in place, helping ioneer's shares soar from A10c in September 2020 to A56c at the time of writing. "We've scaled our project in similar ways, but these deposits have different minerology and acid requirements to ours and we didn't want to face challenges with sulphur supply, which is why we went for the chlor-alkali process," Willoughby explained. "Our stock is undervalued where it sits today and when one of those projects enters the construction stage, I think we'll see the entire picture change."

Cypress continues to improve its understanding of the deposit. Results from an eight-hole sonic drilling program that were released in August included a 70.1m intersection of 1,336ppm lithium. "One of the benefits of a clay deposit is that you can define a resource quickly with a minimum number of drill holes," Willoughby said. "There's a great deal of continuity in grades across the deposit and in neighbouring projects, meaning we don't have to do too much infill drilling." The company has also expanded its footprint in the region. In May it acquired the neighbouring Enertopia property for $1.1 million and three million shares. "It was a property position that we felt was strategic," Willoughby explained. "It allowed us to add about half a mile to the trend and it means that we can run a shallow depth over the life of the mine. It means we can use track excavators and conveyor haulage on the project and minimize the amount of rubber tire on wet clay."

Nevada ranked third in the Fraser Institute's 2021 ranking of global mining jurisdictions, but water supply remains a key question for many projects. Cypress acquired water rights to the project in 2021 and has addressed the issue by designing Clayton Valley around a low-water-usage leach tank and a dry stack tailings facility. Willoughby believes the company will face fewer licensing issues than other companies in the state.

"We're hoping that we can get the permitting done in 18 months. We've done a lot of baseline work and that's a key step to getting the decision for the federal lisence," he said. "There are a number of state permits that can be accomplished in the meantime, and we are looking at construction dates maybe three years from now." Willoughby says that Cypress Development has the technical nous to bring the project through to development but would consider joint ventures with larger companies under the right conditions. He also points to the growing number of federal grants offered to producers of strategic minerals under the updated US Defense Production Act as a potential source of funding for the project. And with hard rock projects facing rising costs at their conversion plants, he says that clay projects could soon become attractive alternatives.

"Clay deposits carry the stigma of being unconventional," he said. "But there's nothing in our process that's unconventional. At some point we're going to crack the clay code."