With a perfect sense of timing, fully-fledged developer Heron Resources (AU:HRR) launched into site works within days of completing finance for its Woodlawn zinc-copper project in New South Wales as zinc prices hover near 10-year highs. 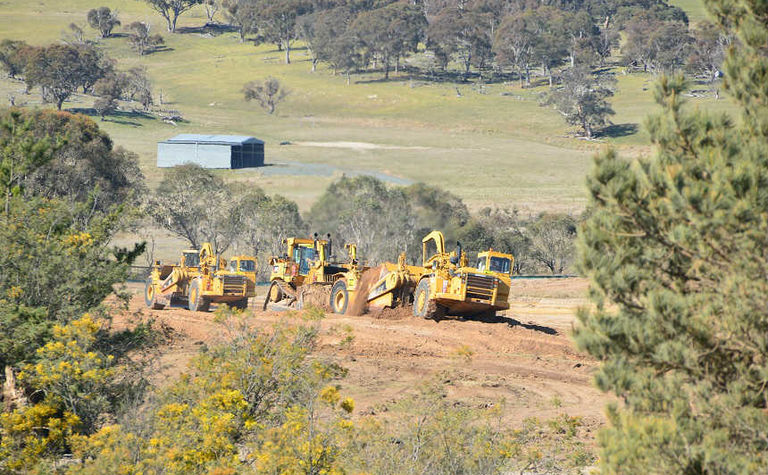 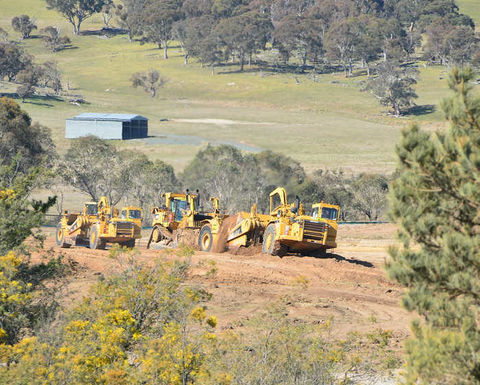 The timing couldn't be better for the company, which pared back its portfolio to focus on getting its premier asset into production as zinc supply is forecast to remain tight in the medium term.

"We're well on the way to bringing our product to market at a time we expect the zinc market to continue to be extremely strong, so it's the perfect matching of production into a market that's crying out for product," CEO and managing director Wayne Taylor explains.

The company has not wasted a moment on starting development since completing the A$240 million in debt and equity finance for Woodlawn in September.

Taylor said the lead-up to the current frenetic pace of activity had seemed slow because of the time spent securing finance in a challenging environment for base metals juniors.

"We've had extremely good support from private equity groups that got involved and we're obviously thankful they can see value of the project that we could," Taylor said.

Private equity investors Greenstone Resources, Castlelake and Orion Mine Finance Group provided about 40% of the funding and Orion a further $100 million via a senior debt and silver prepayment facility.

"We were working towards being prepared to hit the ground running," Taylor added.

"We started using corporate treasury to get those first early steps in place and it meant once finance was completed in September, within a week we were on the ground moving dirt so yes, it's been very rapid."

Heron has locked away off-take over the first three years for 100% of its zinc, copper and lead concentrates to Louis Dreyfus Company Metals through a deal struck in May.

Heron has launched into development since completing finance

It also expects further revenue from the gold and silver content in the lead and copper concentrates.

However the project is already set to grow, with the company recently identifying the G2 lens which it will encounter on the way to the existing deposit.

"If you walk down our decline when it's in place, about 600m down you'll hit the G2 surface that doesn't feature in any public-domain mine plan because we didn't know about it when we did the study," Taylor said.

"That's a feature of the potential of this deposit.

"It'll be modest tonnage but will certainly be an addition at the front-end of the mine plan and it's a really nice addition, not a depth extension we'll hit in year 10 but in the first six months of operations."

Taylor believes there is "plenty more to be had" by chasing targets that weren't followed up by the previous operators.

"We haven't bothered to test depth-extensions because we haven't needed to at this point in time," he said.

"But we can certainly see the underground mine developing into a much larger operation at a consistently higher level of production.

"We've discovered two new lenses of the 12 we have and we've extended some of the known lenses, there's a lot of in-mine potential."

There is also satellite potential at Currawang, 10km to the northwest, which was previously mined as part of the historic Woodlawn operations. 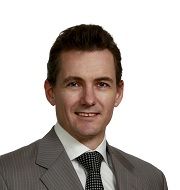 "We certainly picked up a couple of intercepts that were of mineable widths and grades that make economic sense," Taylor said.

"We're really keen to see what we can do there - we think we can recover some of the old workings without too much trouble and have a reasonably high opportunity to start a satellite operation."

The Currawang drilling was co-funded by the state government's cooperative drilling programme and Heron said the results had provided a downhole EM platform to look for off-hole conductors, to guide the next round of drilling.

With $124 million in cash on hand at the end of September, Heron has the ability to maintain an active regional exploration programme.

In the coming months, Heron intends to revisit the Crosby target at Kangiara further north-west, where early-stage work intercepted 42m at 0.2g/t gold and 0.26% copper from 4m.

"We've also got interesting ground at Cullarin and Peelwood (to the north)," Taylor said.

"From a regional point of view, there are things we need to be doing and not all of them cost an absolute fortune, so we'll continue work through those and continue to add to our prospect inventory list and prioritise our work.

"But front and centre is really the delivery of Woodlawn."

Taylor said the project's location, 250km from Sydney, made it easy to get to site and the market could expect regular updates on progress. 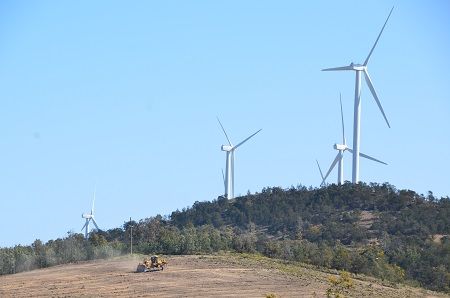 "We're very fortunate having sealed roads to our doorstep, power, water, and our focus is really all about building the plant and getting ourselves established for mining," he said.

Building the 1.5Mtpa processing plant is expected to take about 15 months and Taylor anticipates commissioning late next year, with first production potentially in late 2018.

Between recent major zinc mine closures, inventories at historic lows, Chinese production limited by an environmental crackdown and an underdeveloped global project pipeline, market analysts have tipped the zinc price to go higher.

Taylor said while he wasn't a market commentator, he did not believe the physical market had yet seen the real "pinchpoint" in terms of zinc availability.

"If you were a betting person, the chances of ending up in higher prices is very much there," he said.

As Heron stretches its wings to enter the market, Taylor reflected on how the company had evolved since its Western Australian beginnings then its merger with TriAusMin in 2014, which gave it exposure to North American investors (CN:HER) and the Woodlawn project.

Heron divested its original Goldfields assets into Ardea Resources (AU:ARL) earlier this year to allow it to progress Woodlawn as a priority.

"We simply couldn't take Woodlawn forward and maintain our other projects and we knew they had intrinsic value," he said.

Ardea (AU:ARL) listed in February and has gained close to 400% so far this year on the back of interest in its KNP cobalt project.

"Our shareholders received an in-species distribution of those shares and if they held them, they've done extremely well," Taylor said.

Now he believes it is time for Heron's time in the sun as one of the few, new zinc projects fully funded to production in a strong physical market.

"We're now a developer and we will be a producer in about 12 months," he said.

"We are a little bit fortunate that the base metals sector, in particular zinc, hasn't received a lot of attention for some time and that means something like Woodlawn presents an opportunity and now it's time to realise it."

Heron Resources - at a glance: