Supply-starved zinc smelters are expecting a rare piece of good news this year with the likely start of site works at Ironbark Zinc’s (ASX: IBG) US$514 million Citronen Fjord zinc-lead mine in Greenland. 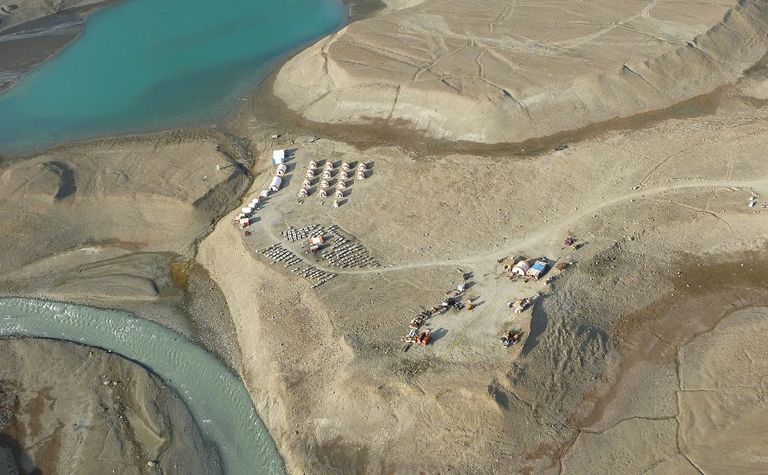 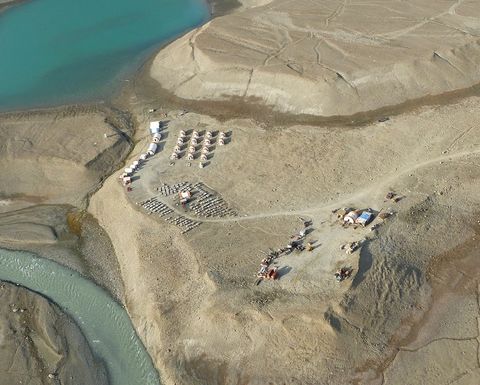 The 100%-owned Citronen mine will add up to 200,000 tonnes of zinc to annual supply and rank among the world's top six producers.

While that might sound like bad news for prices, the global zinc market is something of a special case. Warehouse stocks on the London Metal Exchange have been cleaned out by a string of mine closures, a dearth of new projects and relentless growth in global demand of about 400,000 additional tonnes per annum.

To really understand the importance of Citronen to global zinc buyers, look no further than Ironbark's share register. The world's second largest zinc smelting group, Nyrstar, is Ironbark's biggest shareholder with a 19% stake, followed by Glencore with a 9% stake. Each of these major shareholders has an offtake agreement for 35% of production from the Citronen project.

With such heavyweight support and the highest zinc prices in a decade, Ironbark appears to have unstoppable momentum as it seeks to bed down a funding package to build the mine, which is the final hurdle to a development decision.

Ironbark is exploring two major options for financing the project, which emerged from a highly positive feasibility study last year with a US$514 million price tag. The first option flows from an agreement with EPC contractor China Nonferrous, which will provide equipment and construction costs for the feasibility study. China Nonferrous has an option to acquire a 20% stake in the project, which would effectively provide the equity component of funding deal with Chinese banks to provide the debt component.

The Chinese finance option is being developed in parallel with work on a more traditional financing model. Corporate finance adviser Cutfield Freeman & Co was recently appointed to assist with structuring finance for the development. There is also potentially a role for the European Export Credit Agency, which could dramatically reduce funding costs by guaranteeing project debt.

Ironbark's managing director Jonathan Downes says he is confident that funding will be finalised to allow construction to begin later this year.

"The feasibility study is done, it is on a granted mining licence, and the zinc price is really very strong. It's really just a question of how quickly we can get into production now."

An update of the Citronen feasibility study, released in September to factor in some positive developments such as shrinking smelter margins, makes a compelling case. Based on a largely underground mining operation at a rate of 3.3 million tonnes per annum, Citronen would produce revenue of US$6.4 billion and net profit after tax of US$1.8 billion over its 14-year mine life.

That translates into a pre-tax NPV of just over US$1 billion and an internal rate of return of 36%, although these impressive numbers could still be conservative. The feasibility study was based on a zinc price of US$3,044/t, which is about US$400/tonne below recent spot prices. Sensitivity analysis in the feasibility study showed every US$100/t increase in zinc prices added about US$100 million to Citronen's net present value, which means the project is approaching a net worth of US$1.5 billion at current zinc prices.

The strong figures reflect a number of strengths of the Citronen orebody. It's a classic SEDEX-style deposit, with many similarities to Glencore's McArthur River deposit and the Century orebody in northern Australia. It has flat and continuous ore zones and can be mined by a simple, room and pillar operation. There is also a component of open pit mining of fresh sulphides, with very low strip ratios. But most exquisitely of all, the deposit sits next to a deepwater fjord, with a three-month shipping window that is slowly expanding as climate change takes a bigger grip on the Arctic. 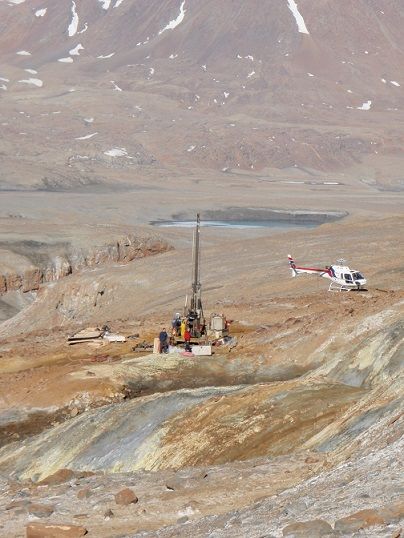 The feasibility study numbers seem stratospheric compared to Ironbark Zinc's market cap of about $50 million at recent prices of 7 cents a share. This kind of mismatch is not unique to Ironbark, with zinc explorers and developers in general finding it tough to get market attention. Patersons believes Ironbark is ready to bust out, and recently initiated coverage with a price target of 35 cents a share.

Downes says this year will provide catalysts for investors to see the company in a new light. "It took us longer than we anticipated to secure our 30-year mining licence, which has been tough. But the delay means the timing of the project has probably worked out better, in that when we were able to update the feasibility study and we are now entering into a very strong zinc market."

He says Greenland's government could not have been more supportive of the project, despite the long lead time in securing the mining licence and all the supporting environmental permits and social agreements.

"To say that Greenland's people are welcoming to mining is an understatement. They have built a mining school and have established a big mining department to administer the increasing number of leases in the country. They are really embracing mining and making it part of their culture and part of their economy."

Mining activity in Greenland, an autonomous territory of Denmark, dates back at least a century, but existing operations are small scale and the country generates more than 90% of its income from fishing. Citronen would be transformative for the economy, with annual revenue of at least $US500 million boosting GDP by about 20% over its 14-year mine life.

In the background is the huge exploration upside of Citronen and the real possibility that it could grow into a much larger mine or operate for many more decades.

Citronen currently has a resource estimate of 132Mt at 4.4% zinc and lead, including a higher-grade resource of 30Mt at 7.6% zinc and lead. But the JORC 2012 resource is a function of how much drilling has been completed, not the base metal endowment in the project area. Mineralisation is open in all directions and extends over a strike length of at least 11km, based on evidence of outcropping lodes or where drilling has proven continuity.

This led Ironbark to publish an exploration target for Citronen of 302Mt to 347Mt at average grades of 4.4% to 5% zinc and lead, but that could still be only part of the story.

Downes points out that SEDEX-style deposits are typically part of a camp, with the Mount Isa-McArthur Basin in Australia hosting seven deposits, while the Selwyn Basin in Canada has 17 deposits.

"We are really excited about how big Citronen could be, and there is much more surrounding prospectivity in the under-explored Franklinian Basin. Ironbark holds more than 1,100 square kilometres under licence, including the highly prospective Trolle Land fault zone, which we have interpreted as the main feeder zone for mineralisation at Citronen," Downes says.

If Franklinian ultimately does join McArthur and Selwyn as a byword for zinc, it will not be too soon for zinc customers.

Hot minerals in a cold climate