Rapidly growing demand for ‘clean and ethical’ cobalt for rechargeable batteries, renewable energy applications and other core uses has manufacturers scouring the world for future supply sources. It’s no surprise many of them have turned their attention to Idaho and eCobalt Solutions’ (TSX: ECS) world class cobalt project in the past 12 months. 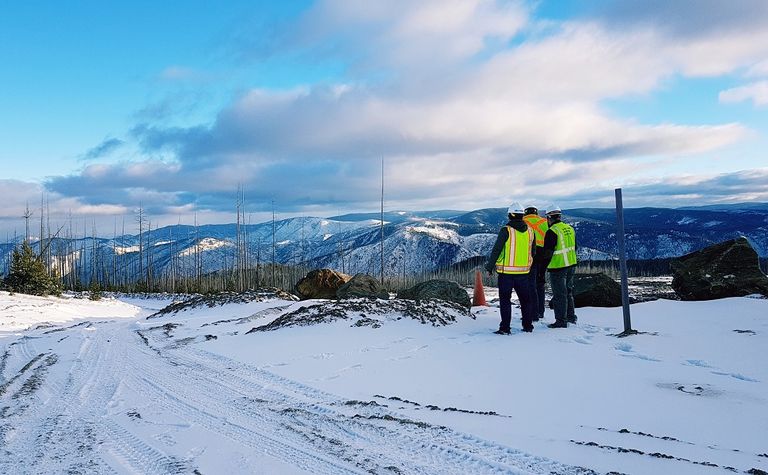 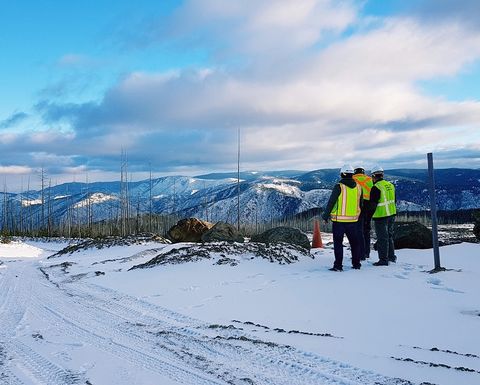 Spurred by the surging price of the metal, on the back of already tightening supply, eCobalt has channelled new and longstanding global investor support to rapidly advance work on a number of fronts and get the only permitted US cobalt mine ready to move forward into full commercial production in 2020.

The company's optimized feasibility study (OFS), due for release this quarter, is focused on process and cost optimization but also maximizing offtake opportunities from production of a clean cobalt concentrate from the Idaho Cobalt Project (ICP), a change from the earlier emphasis on more refined output.

The ICP is wholly-owned by eCobalt's US subsidiary, Formation Capital Corporation.

"Strong demand and changing dynamics has presented us with alternative upstream product opportunities to evaluate that can potentially result in optimization of the flowsheet at the company's Cobalt Production Facility [CPF; at Blackfoot, Idaho], and its operating and capital costs," says eCobalt president and CEO Paul Farquharson.

Speaking with RESOURCEStocks ahead of the OFS release, Farquharson says the company's 2017 feasibility study provided a strong platform on which to launch the proposed US$187 million Idaho Cobalt Project's (ICP) final pre-production phase. That study showed a pre-tax NPV of US$136 million (using a 7.5% discount rate) and plus-21% IRR could be generated with cobalt at $26.65/lb - a price now well back in the rear-view mirror - and the average life-of-mine net cash costs for cobalt from the Idaho concentrator at circa US$5/lb.

At $35/lb cobalt, which will produce about 75% of ICP's revenue, the project has a $245 million NPV and 31% IRR. Add $14.4 million to after-tax NPV and 1.3% to IRR with every $1/lb gain in the cobalt price and it's no wonder eCobalt's project has become the world's standout primary cobalt producer in waiting.

If it was currently producing its initial circa-2,000 tonnes per annum of cobalt, with planned copper and gold by-products, ICP would be generating a handsome US$68 million a year of free cash flow and about $90 million EBITDA, based on the 2017 feasibility numbers forecast for the first few years when high-grade zones are being mined.

And cobalt (and copper and gold) prices are not the only things changing this outlook for the better.

Under proposed changes to US corporate tax rates, eCobalt is set to pay about 21% less tax during the life of the ICP than previously expected.

The company is seeing significant opportunities for capital and operating cost improvements in mine and processing optimization work in progress, while an additional five million pounds of cobalt in the recently announced revised resource model is expected to bolster the new reserve model in the OFS.

Farquharson says work on the OFS has it on track for delivery this quarter.

"We are working with Micon and SNC, so things are moving along well," he says.

"We also now have our equipment supplier present at the pilot tests so all input for manufacture of equipment will happen in a timely manner as well." 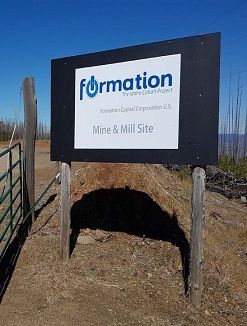 Concurrent with the reserve modelling (on the back of 2016-17 drilling results), eCobalt is fine-tuning its mine planning which is now focused on the use of the cut-and-fill method, instead of the long-hole stoping first envisaged, to extract 8m-by-15m stope blocks (versus 30m-by-100m earlier), which will have a major impact on dilution levels and the type (higher grade) and predictability (better) of ore being delivered to the mill.

Farquharson says the use of a sweeping ramp instead of a spiral decline will also favourably impact mine access and haulage economics and safety, while eCobalt's focus on producing clean cobalt concentrate rather than the cobalt sulphate heptahydrate in the 2017 FS should simplify its process flow sheet, further de-risking the project.

The previous study had the ICP 800tpd underground mine producing an average 2.4 million lb of cobalt per annum, 3.3Mlbpa of copper and 3,000ozpa of gold over a 12.5 year mine life, with that projected life only based on eCobalt's Ram deposit, near Salmon in central Idaho. The company has effectively only explored about 7% of its total claims on the Idaho Cobalt Belt, while the Ram resource remains open at depth and along strike. Drilling will continue from underground.

At least a dozen known targets exist elsewhere on eCobalt's considerable land package, including areas where historic drilling has returned intercepts with grades higher than the cut-off grade for the Ram deposit.

"We have been receiving strong interest for offtake from various parties across the battery and cobalt supply chain since the release of the economic results of the feasibility study in addition to advancing discussions with the parties that we have engaged over the past year," he says.

"But cobalt's use in a number of growing markets - from superalloys to medicine - means there is interest from a wide range of parties in a clean cobalt concentrate product and we are talking to all these parties, not just those in the battery supply chain.

Farquharson says eCobalt has hosted multiple parties on site as part of recent due diligence activities.

"Discussions are ongoing. [Site visitors] are in the data room reviewing the FS and bench-scale tests." 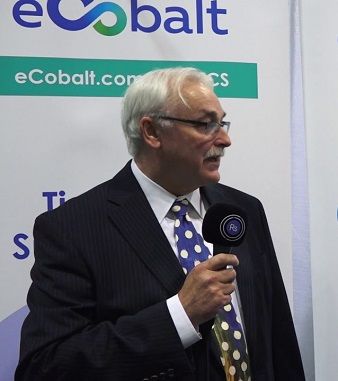 The tests successfully removed 99% of arsenic from Ram underground material.

"Pilot level tests are currently underway, results from which will be released in the next few weeks," Farquharson says.

"We're in a fortunate position with a lot of interest for our product, and we're taking a cautious approach to ensure the deal we commit to is one that will benefit the company and shareholders over the long term."

With some sort of offtake deal sure to be part of eCobalt's ICP financing mix, the company is also nearing key decisions on full project finance.

"When we release the OFS in Q2 this document will be the basis for our production decision and we will be able to then determine the best financing structure for the long term success of the project," Farquharson says.

"In addition to putting together the financing structure, throughout the spring and summer we will be completing all environmental systems so that we can commence underground development in Q318.

"We have the main permits in hand which are the Record of Decision approving the plan of operations and the water discharge NPDES permit. All other permits are applications that are made when we ramp up from pre-construction to construction, such as road use, building permit, etc. These are relatively straightforward permits to obtain and are more administrative in nature.

"The major permits are already in place."

The company recently raised about C$30 million of equity funding via a successful raise that drew significant interest from institutional level investors in North America, Australia, Europe and Asia. It is fully funded through its pre-development phase.

With cobalt prices recently surging past 10-year highs, higher asset values in the sector have been reflected in a range of transactions over the past 12 months. High-quality, primary cobalt producers in safe, stable jurisdictions are a rarity in the space.

eCobalt has already spent more than US$120 million advancing the ICP to its current stage. Now it has assembled a formidable technical and site leadership group.

All of which puts a question mark next to eCobalt's recent share-price gyrations, which have seen it touch a low of C$1.26 this year after opening 2018 at $2.07. It's currently trading around $1.40.

"A decrease when an equity financing is announced, and as we are finalizing the OFS - the market is waiting for those details.

"We have several milestones coming up as we move towards production, [including] results from the pilot tests, the new OFS, equipment being delivered to site such as the water treatment plant and finalizing off-take agreements.

"That will hopefully contribute to a proper valuation of the company in the market.

"The demand for cobalt continues to grow.

"Automotive companies such as Volkswagen and BMW have recently announced their intent to source cobalt from the producers themselves to secure future supply.

"World mine production of cobalt in 2016 was estimated to be 123,000 tonnes. Glencore estimated that at least 285,000t of additional cobalt production would be required to make 30% of new vehicles electric by 2030."

The Idaho cobalt project is eCobalt's flagship operation located in Idaho, US.