Australian gold producer Westgold Resources (ASX: WGX) has continued to strike a series of deals as it cements its position in Western Australia’s Murchison and looks to further growth. RESOURCEStocks caught up with managing director Peter Cook. 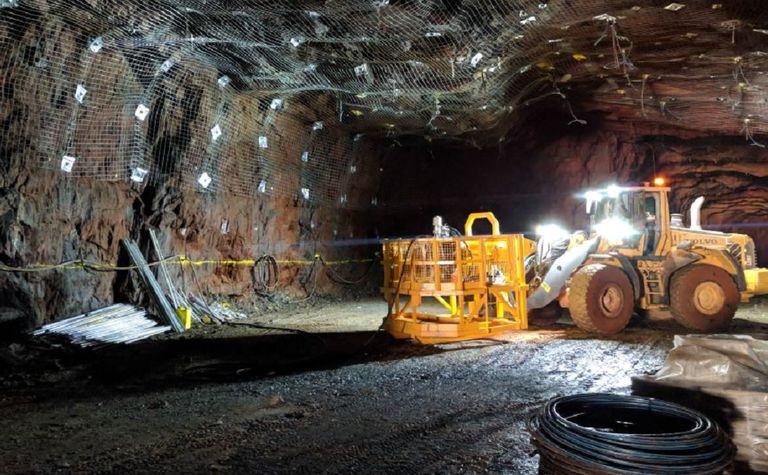 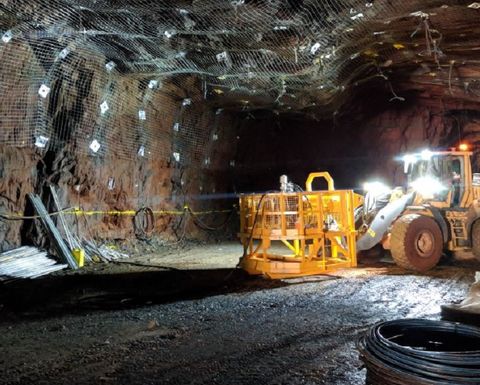 A passing bay in the Big Bell decline

RESOURCEStocks: You recently sold the South Kalgoorlie Operations for A$80 million in cash and shares and bought the Polar Bear project for $9 million to add life to your Higginsville Gold Operations. With cash and equivalents of about $90 million in hand, what's your outlook for further M&A opportunities - both in and beyond WA - in the coming months?

Peter Cook: We have been through a fairly rapid period of growth and acquisition.  That has been paralleled with a major phase of capital investment and cashflow re-investment into our other projects.  Our core assets are in the Murchison and we now have 3 operating plants in that region and this is where our growth assets and mine life sits.   It's natural we now come to a phase whereby we look to upgrade the quality of our assets.  This can come from both buying or selling.

In the case of the South Kalgoorlie Operations, this is our toughest operation with the shortest life. Whilst it may have performed OK in the past few years, we struggle to feed the plant in the longer term and life gets tougher.  The sale to Northern Star was a win-win giving them immediate plant capacity to not only go on with their plans but to expand on those with its plethora of mine options in the goldfields.  For us it provided us with cash and further fiscal capacity to focus on our main game.

Higginsville is in a slightly different position.  It has plenty of ore and mine life, but that ore is hard, low grade and 75km away.  That all translates into higher costs.  To transform this operation we need to lower our cost base and add some closer and softer resources into the mix.  We have plans we are working on for expansion and cost reduction and the Polar Bear Project offers some nearby potential to assist with that transformation.

RS: The SKO sale and severe flooding at your flagship Central Murchison Gold Project in the first quarter were among the impacts to your 2018 guidance, how significant was this setback?

PC: The flooding incident was unfortunate and unpredictable and it really only has impacted the March quarter.  This was pretty significant in that impacted our schedules and sorts of feedstock and the places we could it from for our Bluebird plant.  We have recovered pretty well from it and its impact on our guidance is now some conservatism in case it happens again.  With regard to the SKO sale, well that takes an annualised 60-70,000oz out of our planned annual guidance going forward, for the next two years anyway.  We do have some toll processing commitments from SKO being transferred to HGO also, however this is profitable and it really only impacts total output a little.  We have revised our calendar 2018 guidance to 275,000oz.

PC: This is about overall control and ease of management.   The distance between the two and the overall aggregated land/project position we have put together in the Murchison is large.  We set this region up in terms of processing hubs and we put together the key mines within 60km of each processing hub into the one basket.  In reality it makes us easier to manage, account for and focus on the key outputs for each mine and plant when they are separate.  That said we still share some human and physical resources between the two for efficiency and overall profiling. 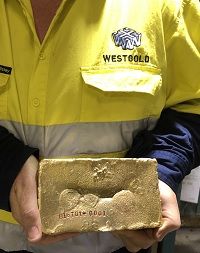 First gold from the Tuckabianna plant

RS: Starting with Cue, the Tuckabianna plant started commercial production last month and you're aiming to restart production at the historic Big Bell gold mine within a year - how is the refurbishment tracking and what will the Big Bell restart mean for Westgold?

PC: The Tuckabianna plant is the processing hub for the southern region of the CMGP.  We did successfully commission it and are now operating it on ores generated from that area.  A core feature is the large tonnage of old tailings we have in the region which enable us to have a base load feed into the plant which can effectively fill the plant up as other sources build up.  At the moment we feed ores from the Comet mine with them.

However, the main game and main mine in the CMGP is, and has always been, Big Bell.  We have been dewatering and refurbishing this major historic mine (2.6 million oz down to 540m vertical depth) for two years now and we should be re-starting the new development by the end of the year with ore drives commencing early in 2019.  Over the ensuing 18 months production builds up such that Big Bell will produce at over 1 million tonnes per annum and add another 100,000+ oz to our production profile.  This single mine can effectively fill the Tuckabianna Mill in its own right and it starts with a 10-year reserve.

RS: Turning to the Fortnum Gold Project, it's approaching its first full year of production since restart. How do you rate the operation's ramp-up and what do you make of its further potential?

PC: Fortnum transgressed to commercial production on July 1 2017 with a plant to start on existing low grade stockpiles which would progressively be replaced with openpit ore and in a few years from underground ore from the Starlight mine.  The ramp-up has gone OK in the first 6 months with output of just over 16,000oz.

However in this period our works on the Starlight underground mine were so encouraging that we brought it forward dewatering and refurbing the mine.  We had a 47% quarter-on-quarter increase as open pit ores started to kick into the mix and we now have started to see some underground tonnes come through so are expecting another bump-up in gold output this quarter.  We are very happy with the way the ramp-up has gone and expect it to be relatively stable in the 65-75,000oz per annum range going forward.

RS: Westgold has intercepted high grades in both brownfields and greenfields exploration in the past quarter - which projects/areas will take priority in the coming months and why?

PC: As a group we spend about $25m on exploration per annum.  About 80% of this is on brownfields work simply replacing our reserves as we deplete them from mining.  We do have about 9Moz of resource not in reserve so this should keep pace with depletion for many years into the future.  The other 20% is on greenfields exploration, exploring in new areas.  We are beginning to have some success in this area at Higginsville and in the Murchison.

The main game however is brownfields exploration at our Paddy's Flat mine in Meekatharra. We have now advanced development to a point where we now have access to the virgin ground under old workings on this field.  In particular, the spectacular Fenian-Consols lodes which produced at high grades and high ounces per vertical metre are the target.

These are game changing for us as we move forward.  Essentially converting us from remnant/residual ore mining to the whole virgin ore system for the first time.   We are within reach and drill angle now and have commenced significant drill programs.  In a year on from now we will be developing on these lodes.

RS: What's your philosophy behind Westgold hedging about 85% of its forecast gold production and is this position likely to change in future?

PC: Westgold hasn't hedged 85% of its forecast production.  Our hedges go out for a tenor of 20 months so the hedged number is around 55-60% of our forecast production over that period.  That number is above the 50% we prefer as a result of the SKO sale.  At that level we lock in a margin on 80% of our cash operating costs which transposes to a prudent level of managing our stay-in-business risk.

RS: Can you outline the value proposition for bringing your contract underground mining and services company, ACM, in-house, and how is the transition going?

PC: Typical margins in underground contracting are in the 13-20% range, these go even higher in boom times.  It's simple for us:  our objective is to reduce our costs to the lowest common denominator and internalising that margin can put this amount into our shareholders pockets as opposed to a third party.  To become owner miner you have to have the technical capability and the financial capacity to do so - we have that.

Having several underground mines operating in the Murchison, it is also the flexibility that being able to shuffle equipment and people to the areas they are most needed without penalty or fear of latent claim/variation that enhances this view.

The transition has gone reasonably well given the run-down state of the equipment and business when it was acquired.  We have made a lot of changes, improvements, modernisation and additions to the fleet which are now starting to pay for us.

RS: Finally, Westgold's share price has maintained a relatively steady range of late despite the first quarter hiccups, what do you see as the next catalyst for a rerating?

PC: We live in an unfortunate world where quarter to quarter performance is a proxy for value and that is a short-term trading mentality.  We remain fully focussed on the creation of inherent value and long-term wealth for our shareholders.    We are now starting to come out of a heavy investment phase so we will soon go from a phase of re-investing our cash to aggregating cash.  At this stage investors want to see free cash flow rather than wealth creation.

When the market sees we are a strong cash generator we should re-rate to values reflected by our industry peers.  That's fast approaching.

Golden sons rise in the West