The talk is of escalating trade wars amid fears that global economic growth will falter. Others fret about cost pressures, citing among other things, a strengthened oil price. Against this backdrop, base metals prices have weakened significantly since the start of the year. And yet, none of this unsettles veteran miner Nick Clarke, chairman of AIM-listed Central Asia Metals (CAML). 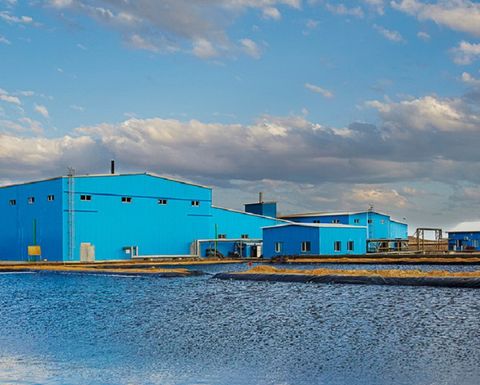 Why not? After all, CAML is all about base metals with copper operations at Kounrad in Kazakhstan and at Sasa, a newly acquired underground zinc and lead mine in Macedonia. Copper prices, to take one example, have slumped by about US$1,000 per tonne since January.

But CAML has a powerful hedge at its disposal that should see it through good times and bad, says Clarke.  "One of the things that sets us apart and allows us to be a leading dividend payer is our very low C1 cash cost of operations," he said. "Don't forget we were paying dividends and delivering profit when the copper price was $4,900 per tonne back in 2015-2016."

CAML is not a large company and, for now, that's just the way Clarke likes it.

Clarke would rather have a smaller amount of production and make money as well as pay decent dividends than bulk up. His shareholders which include BlackRock, Axa and JO Hambro like his story. Since production kicked off at Kounrad in 2012, total shareholder returns at the last year-end (2017) came in at 25% inclusive of capital growth and dividends paid during the past 7.5 years.

The "engine of growth" has been Kounrad where last year the C1 cash cost was $0.52 per pound, putting the operation in the lowest decile on the cash cost curve. The Kazakhstan cash machine has allowed Clarke to return $129 million to shareholders through dividends and buybacks since 2012. Kounrad's success paved the way for widespread investment support for the group's biggest acquisition to date last November: the US$402.5 million purchase of Lynx Resources, 100% owner of Sasa in Macedonia, about 150km east of the capital city, Skopje.

It was acquired via a mix of debt and new equity placed with institutions, a transaction that saw CAML scoop the Mid-Cap Deal of the Year prize in the prestigious November 2017 Mines and Money Outstanding Achievement Awards.

Expansion has come at a cost as CAML has gone from being in a net cash position to having net debt of $136 million at year-end. But base metals prices would have to sink very much lower than where they are today for Clark to start worrying about the firm's ability to pay dividends or repay debt, or interest on that debt. The net ebitda (earnings before interest, tax, depreciation and amortisation) to debt ratio is at 1.1, comfortable by most people's standards. In fact, Clarke is so buoyed by the inherent strength of the balance sheet he wasn't ruling out further acquisitions.

"Lynx took nine months to put away. So, I could look at something tomorrow and it wouldn't come to fruition till quarter-one or quarter-two of next year," he says.

"There is a long lead time with acquisitions. I am not saying we are putting a slide rule over anything; buying a new asset would have to be value-accretive on a number of levels." 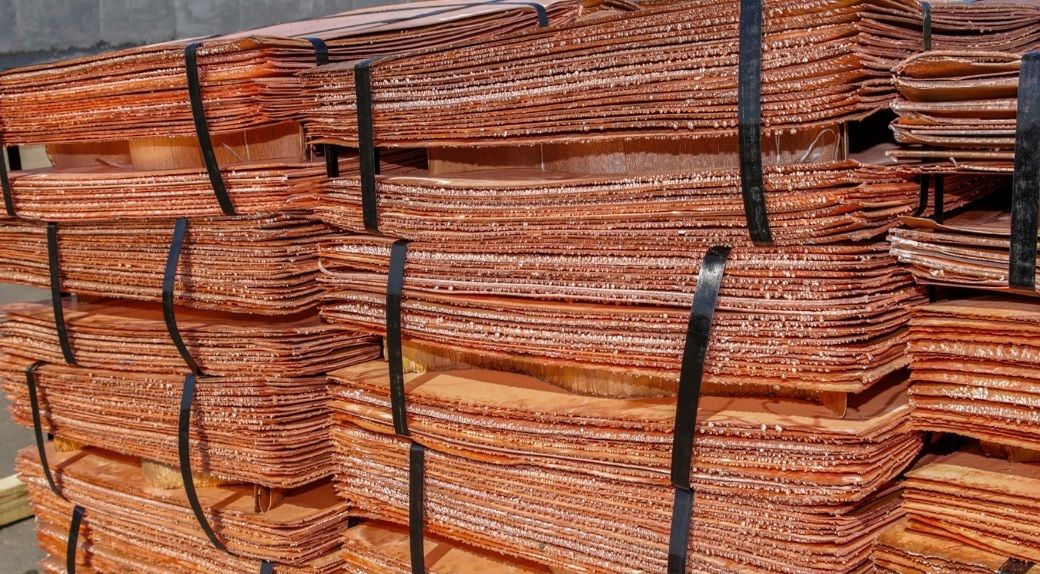 Clarke says when zinc and lead are added into CAML's production mix, the aggregated copper equivalent cost rises from about 52 cents per pound to 76c/lb. But that still leaves the group in the lowest quartile when you look at overall C1 costs, he says.

Taking zinc on its own, Clarke put the cash cost at 44c/lb, against the 70c/lb that he says isn't unusual for a number of North American zinc producers.

Kounrad's low-cost success story is based on the fact that copper cathodes are produced by leaching metal from waste dumps that were formed after years of historic mining during the Soviet era and after the collapse of communism. This process was said by Clark to be far less cost intensive than traditional mining, as there is no need to drill, blast or transport ore - the waste dump rocks can be leached in-situ. Processing is via a solvent extraction/electrowinning (SX-EW) plant.

"We enjoy a 60% ebitda margin at Kounrad, and Sasa exhibits a similar level of ebitda margin. That's pretty good. If metal prices come down, but you have a low cash cost, you still maintain a healthy margin," he says.

Today, CAML's dividend policy is one its strongest cards. It has said it will pay between 30% and 50% of free cash flow - "that's cash on operating activities, less our capital expenditure. We've never said we will pay a progressive dividend, it's just been the case that we have been able to", says Clarke.

One question that intrigues brokers is whether there are any significant costs that can be extracted from Sasa going forward. During a conference call at the end of last year, one analyst asked whether there was scope to reduce dilution and improve grades. CEO Nigel Robinson said: "I think that's the intention. There should eventually be less dilution with improvements. But incremental rather than anything massive. No quantum changes but slow and improving grades," he says.

As for cost-pressures building up in some parts of the sector, Clarke isn't worried. Referring to Sasa, he says: "The only way you can get costs down is to do things more efficiently, either get your recoveries up, grade up, use less people or material or mine more, or the same with the same number of people and materials. With an underground mine, it wasn't as easy to do that."

But he isn't seeing much inflation in the system. Thinking aloud, he says: "There are the obvious annual pay rises for labour. There is power - but we pay 5 cents per kilowatt hour (kwh) at Kounrad, which is very good. It may go up half a percent or something, but the contribution of power to overall C1 costs, is small. Underground at Sasa in Macedonia

"Equally in Macedonia, I think there will be some upward pressure on power costs, but again there we pay a relatively small amount - around 7c/kwh. We aren't seeing any one item where we are going to see a big cash blow out."

Looking ahead, he views the fundamentals for copper, zinc and lead as promising, with good traction because of the electric vehicles market and EV batteries that use all three. "Also, zinc is used in all sorts of galvinising, as a country gets richer it needs more galvinised steel. The plan is that we are spread in all the base metals that are needed for economic wealth and wellbeing. If one is doing less well, hopefully another will be doing better."

The acquisition of Sasa now provides the company with two low- cost, long-life, and cash-generative base metal operations that should ensure the firm remains well positioned throughout the commodity cycle. Sasa has significant inferred mineral resources and other brownfield exploration targets that offer potential for growth in terms of production levels and the life of the mine.

"If we convert some of the inferred material into mineable material - we would expect a 20-year life of mine," says Clarke.

Kounrad is sitting on the surface and has life up to 2030 or 2031. Sasa, has reserves of about 11 million tonnes, and another 7Mt of inferred material, according to company data.

The cash flow that CAML is throwing off should see it pay down debt fairly rapidly, says Clarke. At Sasa there is work to be done on management in getting it to "reflect our corporate philosophy. We're getting there".

A life of mine (LOM) technical study at Sasa has been started that should ensure the optimal future of the operation, said a July operations update from the company.

From Sasa, CAML sells about 75% of its zinc and 100% of its lead to a smelter in Bulgaria. And 25% of the zinc then goes into Poland. Kounrad's product is primarily sold to a wire manufacturer in Turkey via an off-take arrangement with Traxys. 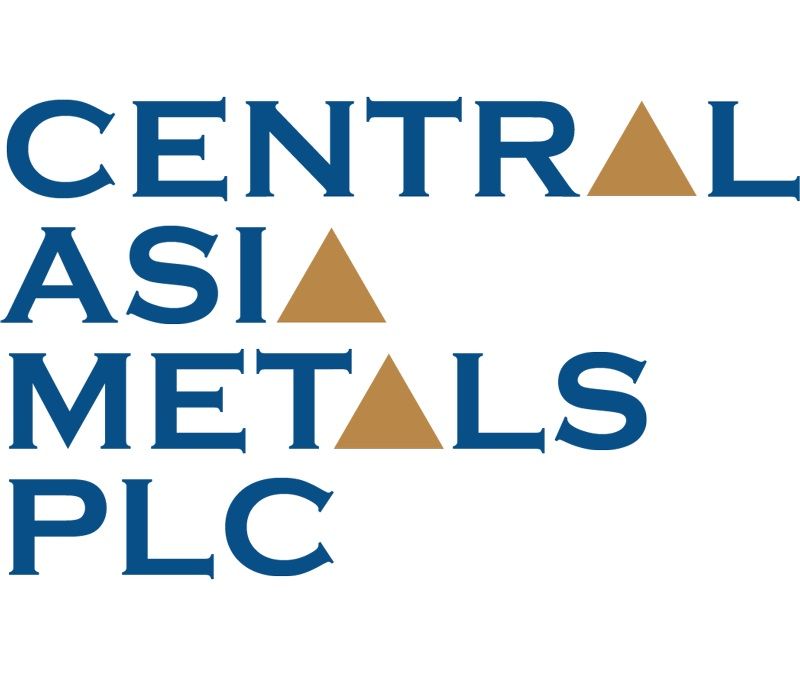 Azure prepares for step change in 2022