Amerigo Resources (TSX: ARG) is commissioning its expanded MVC copper-molybdenum plant in Chile and is on track to hit its new annual copper production run rate of 85-90 million pounds before the end of 2018. The investment positions Amerigo to reap the benefits of predicted long-term growth in copper demand.

The expanding MVC plant in Chile

The company says commissioning of the new rougher flotation circuit has started on the Phase Two Expansion Project at Minera Valle Central, its 100%-owned operation near Rancagua, Chile.

"Copper production is increasing, and unit costs are dropping in accordance with the company's guidance," Amerigo CEO Rob Henderson says.

The US$35 million Phase Two expansion project will boost current copper output by 40% while slashing US20c/pound off production costs.

Amerigo recently maintained its 2018 production guidance at 65-70 million pounds at cash costs of US$1.45-1.60/lb after the Minera Valle Central operation near Rancagua delivered June quarter output of 14.7Mlb at $1.71/lb and Q2 earnings of $2.7 million.

Amerigo owns 100% of MVC, which has been producing copper concentrates by processing tailings since 1992. The Chilean-based MVC has contracts with the El Teniente Division of copper giant Codelco to process fresh and historic tailings from the world's largest underground copper mine, which has been in production since 1904.

The Chile operation has underpinned previous Amerigo dividend payments totalling $47 million and the company expects to revisit its payment policy after it delivers the latest MVC expansion.

Copper prices have softened lately after reaching US$3.29/lb earlier this year (currently around US$2.70/lb). However, many market analysts and researchers have suggested an approaching, significant supply deficit could create conditions for much higher prices if new mine supply is not activated.

Brownfield expansions based on long-term, higher copper prices are expected to merely maintain production at current levels into the future.

But massive new electrification demands from maturing economies in Asia and elsewhere, and from potentially runaway electric-vehicle fleet growth, could put tremendous pressure on available supply and copper prices. In the near-term, as the world's leading economies continue to urbanise and industrialise, refined annual copper demand is expected to increase from 19 million tonnes to more than 25 million tonnes by 2020.

The global new copper project pipeline is seen as containing few near-term, large-scale development prospects, and certainly not many that will be sustained by copper prices below US$3/lb.

"Most of the existing geological discoveries cannot realistically be built and ramped up to full capacity within 10 years. If these projects are not developed then other higher cost projects will be needed to fill the 'supply gap' that begins to emerge from 2020.

"A higher copper price will be required to incentivise production from greenfield projects.

"The world needs copper and demand has historically increased by about 2% per year.

"In the last 50 years, annual copper consumption has gone up from four million tonnes to 19 million tonnes. On the other hand, copper supply depends on new mines being discovered and built.

"This has not happened in the last five years due to capital constraints in the mining industry. So, I believe the next decade will see new highs in the copper price."

Henderson said the Cauquenes Phase Two expansion project was on time and budget at the end of June. The project would improve flotation recovery efficiency and allow MVC to lift copper output by 36-44% on the 2017 level.

The company expects to finish this calendar year with total borrowings at $67.5 million after outlaying about $40 million in 2018 on expansion project capex, sustaining and other general capex, and molybdenum plant upgrades, the latter financed via a seven-year lease and operating contract.

"The group had a working capital deficiency of $9.7 million [at the end of June], caused by scheduled bank debt repayments in the following 12 months ($15.2 million) and the expected repayment of the balance of the DET Price Support Facility in Q3-2018 ($3.2 million)," Amerigo said.

"The group does not consider its working capital deficiency constitutes a liquidity risk, as it anticipates generating sufficient operating cash flow to meet current liabilities as they come due, including if copper prices were to remain in the short-term at current levels ($2.75/lb).

"Working capital deficiencies are not uncommon in companies with short-term debt."

MVC operates at sustaining capex that are among the lowest in the sector. On top of its copper output MVC produces about 1.5Mlbpa of molybdenum, with prices for the metal having surged from $5/lb to $12/lb in the past three years.

"I continue to believe that Amerigo provides investors with great leverage to metal prices," Henderson says.

"Chile has a long and strong mining culture and the government has always been supportive of mining.

"The quality of the regulatory framework is excellent and the availability of mining staff and support services such as engineering, manufacturing, legal and accounting is first class. The increase in copper price will have a big effect on GDP in Chile and the new government doesn't have to change much.

"Amerigo's relationship with Codelco continues to be good. Over the last three years, they supported us when copper prices were at a low point in the cycle and we invested over $100 million into MVC.

"MVC continues to provide El Teniente with royalties and copper concentrate recovered from their tailings, and Codelco and MVC are exploring other opportunities for additional production." 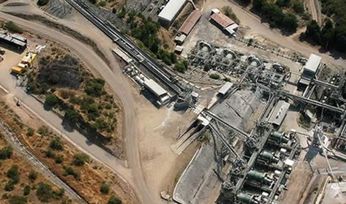 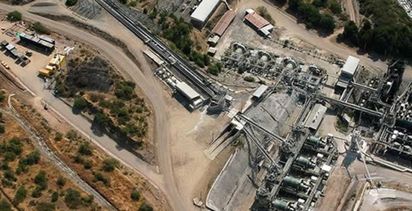