Europa Metals has put itself in a strong position to capitalise on the looming global zinc supply shortage through some smart work at the overlooked Toral deposit in north-west Spain. 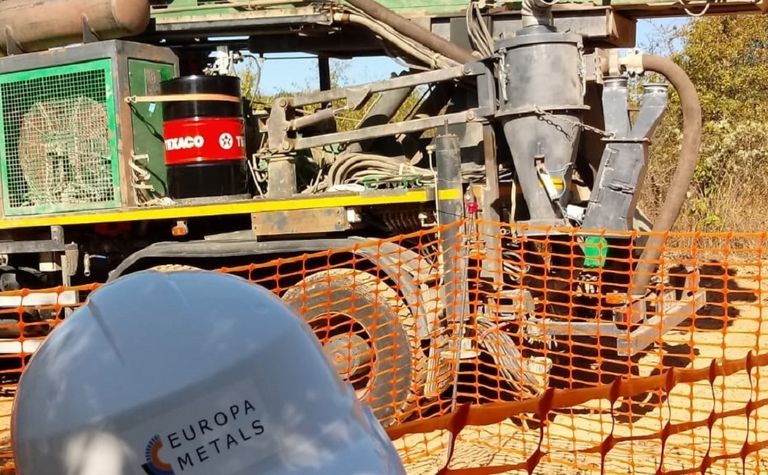 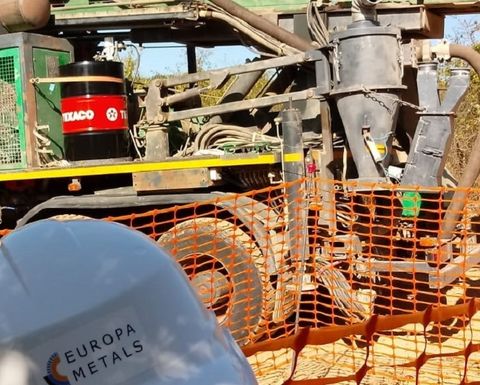 Europa, which is listed on the ASX and AIM (EUZ), is certainly not alone in hunting down forgotten zinc deposits and taking a fresh look at their potential in light of a bull market for the metal.

Projects are coming out of woodwork following a more than doubling of zinc prices to US$3,500/t between early 2016 and early 2018. Although the price has fallen back to US$2,600/t, Wood Mackenzie is forecasting a spike of $4,000/t in 2019 as a global supply crunch hits.

Europa's Toral project stands out among the pack because of its size, grade, simple metallurgy and its location in the historic Leon mining district, with infrastructure and markets on its doorstep.

Even better, Europa picked up the asset for a song and has quickly taken it to a maiden JORC resource thanks to some innovative thinking and a diligent, back-to-basics approach with a huge historical database that includes more than 40,000m of drilling.

The deal triggered a change in direction for the company, formerly known as Ferrum Crescent. The company's magnetite project in South Africa was sold and the board of directors overhauled. Colin Bird, best known for his role in developing Jubilee Metals, was appointed non-executive chairman, alongside Laurence Read and Myles Campion as executive directors.

Read is a seasoned dealmaker, advising London Mining on the US$800 million sale of its Brazilian redevelopment asset. Campion is a geologist who was part of the discovery team for the Emily Ann nickel sulphide deposit and has worked as a resources fund manager.

The new board and management team made a series of changes to the company's exploration strategy and cost structure, including a new emphasis on extracting more value from existing data at Toral, standardising all information electronically and examining expenditure at all levels of the operation.

The acquisition of the Spanish lead-zinc projects was based on the view that Toral had been substantially underestimated by previous explorers, who had focused on single, tabular body of mineralisation at a depth between 300m and 500m. Europa went in with a new geological interpretation that suggested a repeat of the main sulphide lens within 200m of the surface.

Toral was discovered by Penarroya during a short-lived boom in zinc prices in 1972. The historic French mining company liked the discovery enough to drill 55 holes for a total of 36,000m, but by 1984 the zinc price had collapsed to US$1,400/t and Penarroya and its partner Adaro finally walked away. 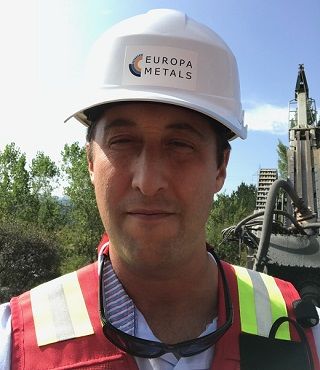 Europa executive director Laurence Read: 'We want to look at the shape of the deposit and how far it extends in addition to focusing on the economic potential of the existing resource'

Geominera took a brief look in the 1990s, then another decade passed before Lundin Mining drilled seven holes between 2005 and 2008. Toral then passed through a series of owners before finding its way to Europa.

In July 2017, Europa set out to test its theories about Toral with a shallow drill program, which hit impressive lead-zinc grades in all six holes. The best intercepts included 3m at 6.03% lead and 5.49% zinc, with smaller widths assaying up to 18.4% combined lead-zinc.

The new geological interpretation was combined with an exhaustive review of Toral's big historical database, as well as freshly gathered samples from underground sampling via a number of adits. One of the significant bonuses was the recognition of silver credits from Toral for the first time.

In February 2018, and still with only six shallow holes drilled by Europa, the company was able to announce a maiden JORC inferred resource of 16 million metric tonnes at 6.9% zinc equivalent (including lead credits) and 25 grams per tonne silver.

The estimate was based on a new block model made possible by a lot of research by the company's geological consultant, Addison Mining Services, which uncovered new insights into controls on the mineralisation at Toral. The block model extends from the surface to 1,100m and covers a strike length of 3,300m. The mineralisation is still open to the east and at depth.

In September, additional work with historical Toral drill core in Spain's national core library led to a significant upward revision in the JORC resource. Reflecting just how thorough Europa and AMS have been in reassessing Toral, they became the first owners in decades to go back to historical core held in the library in Andalusia to relog and collect an additional 1,002 bulk density measurements. The reassessment also included new structural and geotechnical readings and a fresh look at the weathering profile.

The vast amount of new data informing Europa's geological model for Toral is about to be put to test again. A drill rig arrived on site in late August and has begun a drilling program that will initially focus on testing for eastern extensions of the deposit. The rig will then focus on putting more holes into the shallow areas of the JORC resource. A phase II drill program will follow, targeting the high-grade zones at lower levels.

Executive director, Laurence Read, said the extension drilling was not about adding additional tonnes at this stage, but confirming mineralisation along strike.

"We want to look at the shape of the deposit and how far it extends in addition to focusing on the economic potential of the existing resource.  That work will be determined by the start of drilling infill holes, and get to grips with the metallurgical and geotechnical properties at a much higher level." 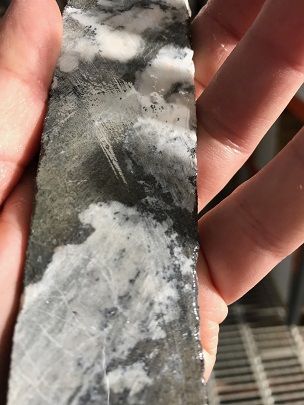 In parallel with the all the work to uncover the true nature of the Toral deposit are some key steps to establish its economic credentials. In June, AMS was commissioned to prepare an initial scoping study for an underground mining operation. The study will focus on initiating development in a high-grade core and building out from there. The study is due to be delivered in the December quarter and will provide the first glimpse of Toral's expected capital and operating costs and economic feasibility.

Europa has also begun the process of applying for a change in land use to allow a potential mining operation. The project was initially held under a one-year investigation permit, but this was renewed in 2017 as three-year permit. The rapid pace of progress since then means the company is already optimistic about the potential for development.

Work is also underway on the mineralogy and metallurgy at Toral, which is straightforward and of the key factors that drew Europa to the project. New studies are expected to confirm the ore can be processed with standard techniques, and with no unusual environmental challenges. Toral is in a historic mining region, 400km north-west of Madrid, and is next door to the Antonia lead-zinc mine. Road, rail and power infrastructure at Toral's doorstep.

Investors have begun to recognise Europa's progress at Toral. The company's share price had more than doubled between the beginning of July and late September to 0.14p, although house broker Turner Pope Investments points out Europa is still at a big discount to its peers with JORC resources.

The share price strength has enabled to company to raise funds in March and August of this year, giving it funding for the phase II drill program that could yet uncover even more positive upside for what has been underestimated deposit. 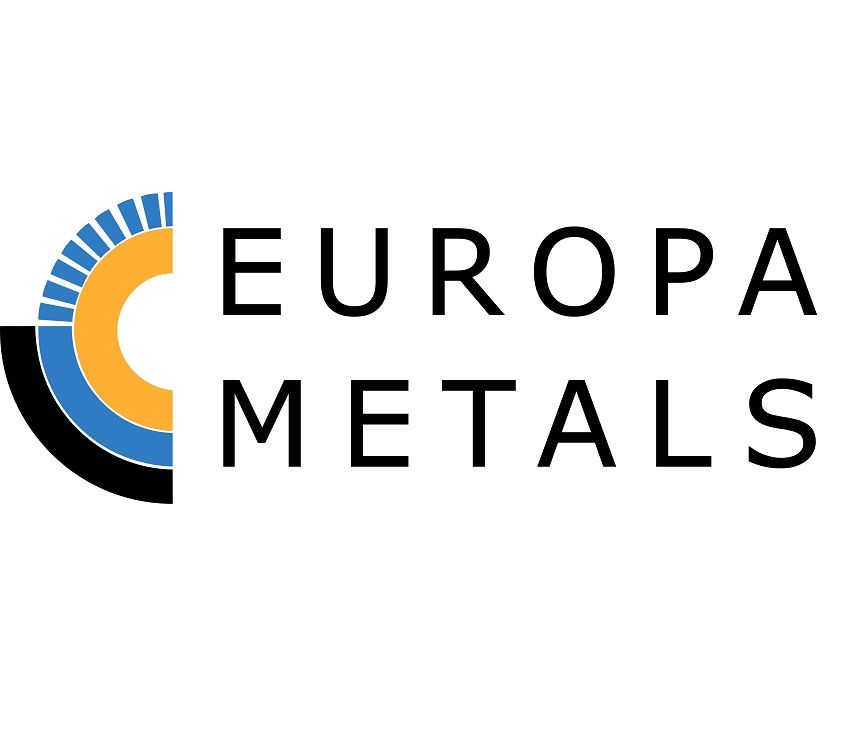