Revised Leonora PFS is next for Kin

Western Australia-focused gold developer Kin Mining (ASX: KIN) has restarted diamond drilling at Lewis in the Cardinia area at its Leonora gold project (LGP) after earlier work generated a promising new geological and, potentially, economic picture for the emerging project. Kin managing director Andrew Munckton talks to RESOURCEStocks about what the new drilling could mean for the company and its flagship project. 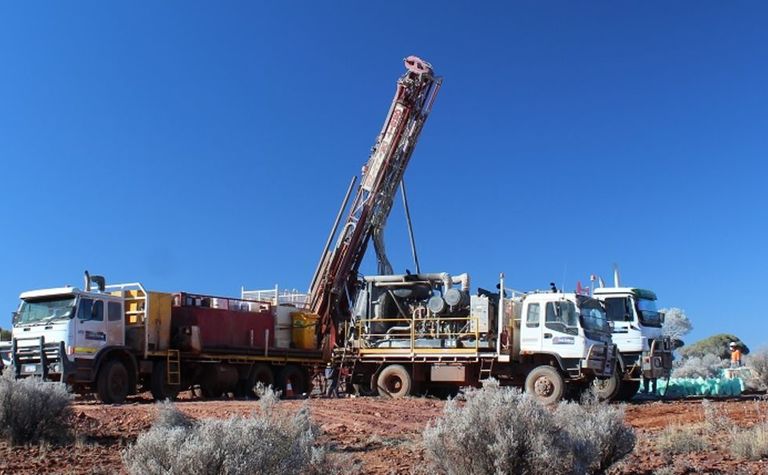 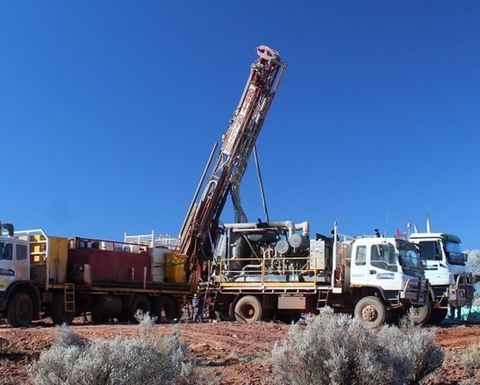 RS: Kin's recent drilling returned some interesting and encouraging results from seven holes completed in September this year. You've said the new round will aim to provide more clarity on the definition and distribution of the low-grade epithermal (shallow) and higher-grade VMS-style (deeper) mineralisation intersected in the earlier holes. Firstly, how have the earlier results influenced the design of this program and when do you expect to complete these next six holes?

We drilled the earlier seven holes purposely into areas where we didn't understand the mineralisation so well. They've been drilled in clusters so you get relatively good geological understanding in a number of separate areas. One of those clusters is in the centre of the deposit, and one is in the northern end, and so the next seven holes are again clustered drilling in between the north and the centre, and one in the south. So we get close-spaced data across the whole of the 1,200m of strike length, albeit in three or four areas separated by several hundred metres.

Then if successful, we'll push on with the additional holes which will expand our understanding further south and further north once again and add another 600m of strike length to the deposit.

Therefore, by the middle of January we should be in a situation where we have 1,800m of strike length at this project that's pretty well understood [to about 100m vertical depth].

The holes currently test the deposit to about 85m depth, so we're pushing it down another 15-25m vertically, and we're hopeful we'll see repetition of the two separate mineralising environments, where we have this epithermal material down to 70-80m, and the VMS style down to 100m vertical.

RS: How pervasive is this kind of two-layered, epithermal-VMS-style of environment in the region?

AM: The VMS/ epithermal-style mineralisation is not very common in WA. VMS-style orebodies tend to be dominated by base metal VMS deposits. You have DeGrussa [Sandfire], Golden Grove and, nearer to us, Jaguar-Bentley, in WA, all base metals dominant. Whereas the VMS style we're seeing at Lewis is precious metals dominant style: gold and silver-rich. These precious metal dominant VMS deposits are not unheard of around the world, but they're quite unusual for WA.

Mount Morgan's in Queensland is a large, precious metals dominant VMS/epithermal style deposit. Many base metals VMS deposits elsewhere have precious metals credits, often associated with copper mineralisation, so the VMS-gold association is reasonably common … just a bit unusual in this part of the world.

The geological contact associated with the mineralisation between the underlying felsic rocks and the overlying mafic rocks, is also a common feature of this style of deposit, referred to as bimodal volcanism. It is the classical environment in which you discover these VMS/Epithermal-style deposits.

So, the implication of the recognition of this style of mineralisation at Lewis, for us, is that we believe the whole Cardinia area is more prospective than we previously appreciated. We have at Lewis about 1km strike length of mineralisation, where we are aiming to expand both our understanding of the mineralisation and the footprint of the deposit with this current round of drilling. There are some suggestions that approximately 25km north of Lewis, at Mertondale, Tonto and Eclipse, those deposits possess the same features and geological associations as we are seeing at Lewis. Over the coming months we will examine the historical work at these northern deposits to determine if these deposits represent a similar style of mineralisation.

The challenge is to apply our understanding of what we're discovering at Lewis to the broader area. We have a significant amount of historical drilling to examine in light of the recent Lewis diamond holes and our improved understanding. We will be working through that in early 2019.

It's early days, but the potential is quite significant for us.

RS: Any of the five additional holes likely to go deeper, or is it a case of wait and see?

AM: The five follow-up holes would be targeting extensions to the mineralisation. We want to familiarise ourselves with the whole structure before interpreting the geology and providing an updated mineral resource estimate.

RS: There's been a lack of past diamond drilling in this particular area - it's all been RC and aircore - or just none to any significant depth?

AM: There has been a lack of diamond drilling in the Cardinia area as a whole. Lewis is just one part. The Lewis deposit prior to mid-2018 had a total of only 11 diamond holes out of more than 1000 RC and aircore holes. Some of the historical diamond holes were drilled for geotechnical purposes, to assess the preliminary pit designs and so didn't actually intersect the orebody. So, the diamond cores available for the geological team was quite limited. 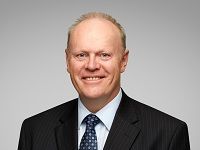 Andrew Munckton: "It's early days, but the potential is quite significant for us"

The mineralisation at Lewis is also quite complicated, an unusual style of mineralisation for the area, as mentioned previously. So it doesn't surprise me that the geos weren't able to recognise it for what it is with only RC drill chips to interpret the geology. It's really been since having some drill cores coupled with a new view from the geological team at Kin that has helped us recognise it.

To add a bit of history, previously Sons and Gwalia, Navigator Resources and Kin (in 2012) did recognise VMS-style mineralisation in the area near Lewis and at Mertondale 25km north, so it's not an unappreciated mineralising style. But it's a function of getting enough diamond core drilled and recognising the common features and rock associations , and perhaps some advances in the technology available to us these days that have all contributed to the recognition and improvement.

RS: You've been around the industry for a while [more than 30 years] - have you had direct experience of this type of geology previously?

AM: Yes, at a previous job … in Sweden. I've seen some VMS geological exposure but as I have said its not a widely appreciated style in WA. The characteristics are reasonably diagnostic and we have some contacts with key people in the industry who have significant VMS/Epithermal experience, so we're leaning on them to assist us with some of the more detailed interpretation and the planning of the work going forward.

AM: The majority of metallurgical testwork on the LGP was  done to confirm the gold recovery from oxide and transitional material. We also have a limited number of composite samples from the fresh rock and particularly a limited number of samples [of] the Lewis deeper mineralisation that have been tested. We have a single composite sample in the fresh rock at Lewis, that resulted in 38% gravity gold recovery and around 80% overall gold recovery. That composite sample came from an area in Lewis where we targeted three of the recent diamond holes, so we have a good understanding of what that metallurgical results at telling us about the mineralisation in that particular area.

The next round of metallurgical testwork, in progress at the moment, will separate the different styles of precious metal mineralisation and test them separately, for not only gold recovery but also a range of other processing related information. We are aiming for some variability testing on those different styles to assist us with process plant design and potential plant modifications.

RS: This different picture - geological, metallurgical and potentially economical - how is it being received among the investors that you're speaking to?

AM: It's been received very well. Kin investors have been looking for some good news from the company. However, as I said it is early days for Kin and for the Lewis development. This next round of work should give us a strong sense of the potential from the deposit.

On the broader question of investor response to the company, it needs to be appreciated what Kin Mining's investors have been through recently. The AGM on 29 November dealt with a 249d requisition from some shareholders; the third in 2 years. As always, when a group requisitions a meeting to remove a board of directors there's an amount of opinion and misinformation about the project circulated in the market as people position themselves, seeking support from shareholders. I am pleased that issue has been dealt with and if firmly behind us now.

The direction from the company, certainly since I've been involved with it, has been to simplify the way we are developing the project. I believe that it is in the company's interest to reduce the number of pits to be mined and expand those pits to provide a steady, consistent blend of material to the proposed plant. In effect to provide a 'base load' of ore supply to the plant. I believe that the Lewis project we are working on can be that base load ore supply.

The plant design will now reflect more accurately the metallurgical properties displayed by the ores to be presented to the plant. This makes the whole project more manageable from a financing and operational point of view.

The strong sense I took from the AGM of shareholders, and the feedback since then, has been that the shareholders want us to get on with business. They've had enough of the corporate manoeuvring and are looking for management to deliver the project in the next 12 months.

We're doing exactly what the shareholders requested us to do and the results we've just announced and the drilling program we've just commenced feeds into the evaluation of the LGP development into a well thought-through and fully costed project. Recognition of the different mineralising styles that we have at Lewis is all part of that process of evaluation.

Going forward, we will be reinforcing the message that the LGP a solid project, it can be simplified and therefore be more cost effective than it was previously.

The drilling work, so far, has resulted in a potential significant change to the interpretation of the geology, and that naturally has an impact on the mining and the process plant design.

We will continue to engage with the regulators on the project approval process that's running at the moment, and will have a revised, simplified PFS and mining proposal to submit by mid-2019.

Following that mid-2019 milestone the project will move  into a detailed engineering phase of work at the  plant and a detailed mine planning and delivery schedule for all of the componentry associated with the project development. That work program results in the Company being able to press the button on a decision to mine by late 2019.