Bolstered by strengthening tin prices and improving fundamental support in the long term, Canadian mineral exploration firm Strongbow Exploration is set to revive a mining tradition in England’s county of Cornwall that reaches back thousands of years to the early Bronze Age. 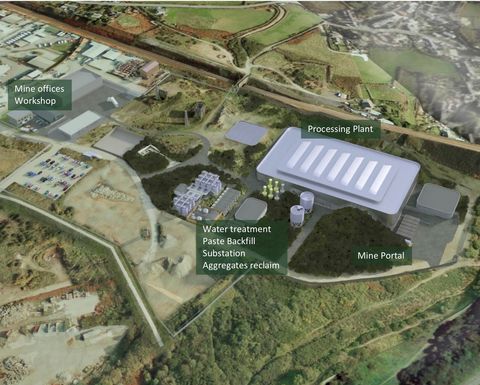 Bolstered by strengthening tin prices and improving fundamental support for tin consumption over the long term, Canadian mineral exploration firm Strongbow Exploration is set to revive a mining tradition in England's county of Cornwall that reaches back thousands of years to the early Bronze Age.

Strongbow is poised to capitalize on growing demand and higher prices for tin once production resumes at its flagship South Crofty tin project in Cornwall, UK. South Crofty is a past-producing underground tin/copper mine, in the town of Pool, in the historic Cornwall tin mining district of southwest England. The project is 390km west-southwest of London and is about 4.5km south of the Celtic Sea coastline.

Annual consumption of tin currently sits at approximately 360,000t/y, of which about 280,000t/y is from primary mine supply and the balance coming from recycling of tin. Around 75% of mined tin originates from China, Indonesia and Myanmar combined.

The price climb has been stimulated by the return of instability in the world's top exporter, Indonesia, and also coincided with a significant downturn in tin production from Myanmar, which has dominated feedstock for China's tin smelters over the last five years.

The shift in investment outlook for tin started in March last year when Rio Tinto Ventures published findings from a Massachusetts Institute of Technology (MIT) study at a Battery Metals conference in Australia, which projected that tin would be most impacted, relative to market size, by increases in metals demand from new technologies. The study indicates the steady, rising trend of tin consumption in electronics and strong new indications of use in emerging technologies. Coupled with a static supply curve, tin prices are expected to continue strengthening.

The International Tin Association (ITA) recently released a report on the use of tin in lithium-ion batteries. The takeaway is that this additional use, beyond soldering, tin-plating and packaging, could generate a demand surge of up to 60,000 tonnes per year by 2030. This would represent a 17% increase over last year's global consumption of about 357,000 tonnes. The tin mining industry is not prepared for this.

The Cornish mining industry, which started about 2150BCE, reached its peak in the 19th century, when thousands of workers were employed in up to 2,000 mines, before the industry collapsed in 1985 when ores began to be produced more cheaply abroad in Brazil, Malaysia and Indonesia, among others, Strongbow CEO Richard Williams told Mining Journal in an interview.

The major attraction of South Crofty for Strongbow was its high-grade mineralisation, location in a stable, mining-friendly jurisdiction with mining permission valid to 2071. With the current team securing planning permission to construct a new mill and process plant, and an environmental permit to treat and discharge water from the now flooded mine workings, the project is now fully permitted.

Williams said 2018 was a pivotal year for the company. In January 2018, on the back of receiving the environmental permit, the company closed a strategic 1.5% net smelter return royalty sale for C$7.17 million on South Crofty to Osisko Gold Royalties (which owns 28% of Strongbow's issued capital), the proceeds of which would help fund construction of the important water treatment plant.

"More importantly, ongoing community meetings have shown strong local and national support to see the mine back into production. It has been critically important for us to make sure we also have the social licence to restart production at South Crofty." Williams said.

And in January this year the company received that stamp of approval with Cornwall Council voting in favour of making a £1 million investment into Strongbow, subject to the company completing a dual listing on the London's AIM Exchange.

"We welcome this very positive decision for the project, which reflects the high level of cooperation between the local community, Cornwall Council and Strongbow, where all parties share the common goal of responsible mine development in an urban environment and high-quality job creation," he said.

This development dovetails into an October 2018 financing and offtake agreement with Orion Mine Finance for the South Crofty project. Under terms of the deal, a 10-year offtake agreement is contingent on Strongbow completing the AIM listing and Orion making an equity investment of at least US$3 million in Strongbow common shares as part of the listing. Orion has committed to buy from Strongbow subsidiary WUML, LME tin warrants representing tin refined to LME approved brands equal to 5% of the tin production South Crofty.

Other key cornerstone investors in London have also expressed interest in subscribing for about 10-15% each of the initial AIM offering, and Strongbow's largest shareholder, Osisko Gold Royalties, has also committed to participating in the AIM listing, Williams said. He added the timing of the AIM listing depends on market conditions. 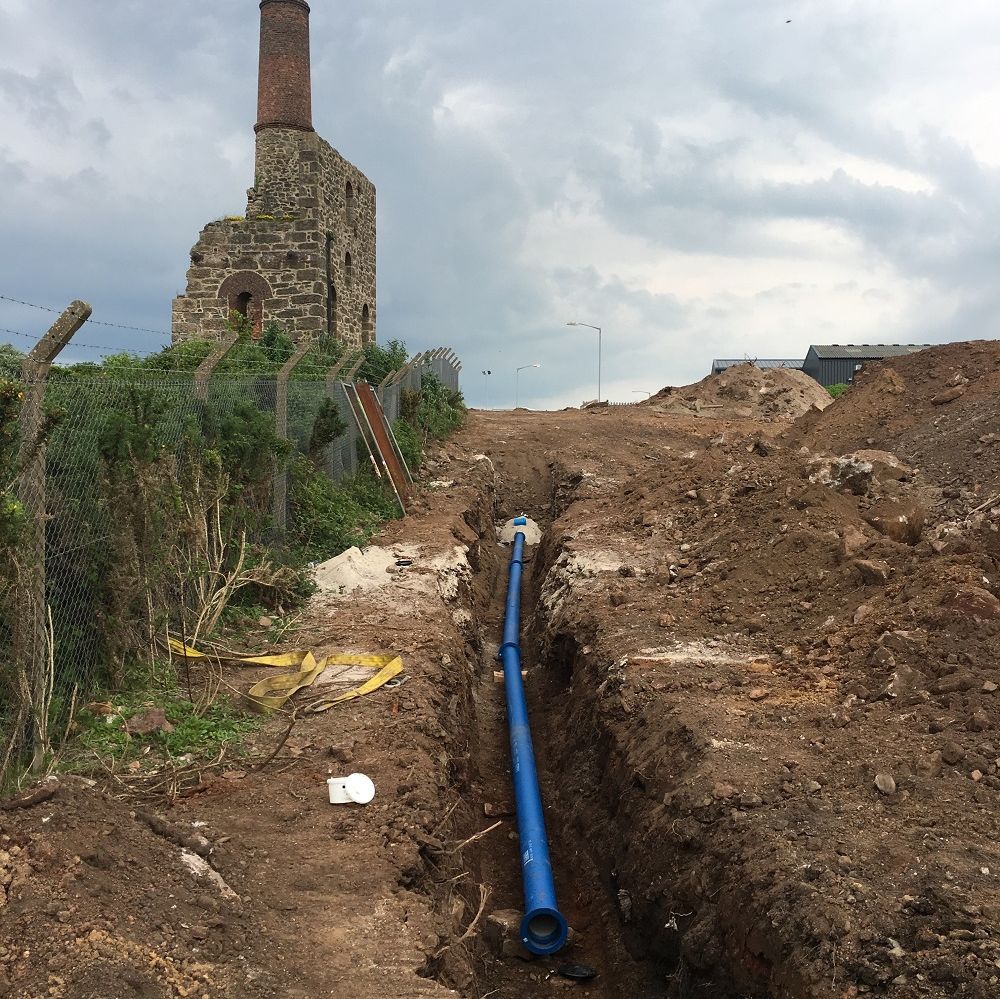 The bulk of 2018 efforts centred around water treatment plant design work and preliminary procurement and construction activities. The plant has been designed to treat 25,000 cubic metres of mine water per day to enable dewatering of the mine workings in the South Crofty project area within an 18 month window. De-watering will take place over three phases to uncover the deeper, higher-value mineralisation that remains below 400m depth.

Williams said the long-lead items for the water treatment plant had been ordered, with items arriving on site. The pumps have been built in Germany and will be delivered this month, with the pipes having already been delivered from Ireland.

Variable speed drives, which increase the speed of the dewatering pumps as the water level in the mine drops were delivered last autumn, Williams said.

The next steps entail completing the construction of the water treatment plant, which would take about six months from completing the AIM listing, followed by an 18-month dewatering programme, during which the company expects to conduct a 25,000m underground drill programme and complete a feasibility study. The total budget to construct the water treatment plant, dewater the mine, complete the drilling programme and produce the feasibility study over the next two years is £25 million.

Based on the 2016 resource estimate, South Crofty currently has about 1.66 million tonnes grading 1.81% tin in the indicated resource category. The preliminary economic assessment (PEA), completed in February 2017, has calculated a net present value, at a 5% discount rate, of US$130.5 million, and an internal rate of return of 23.4%, at assumed metal prices of $10/lb tin, $2.65/lb copper and $0.90/lb zinc. South Crofty has an estimated pre-production capital cost, including contingency, of $118.7 million, with a payback of 3.8 years and sustaining capital costs of $83.8-million over the eight-year life of mine.

The mineralised material mined in the PEA is 2.58Mt containing 88Mlb of tin equivalent, at an average diluted head-grade of 1.55%.

South Crofty will be operated using modern, trackless, mechanised underground mining methods and traditional mineral processing techniques, perfected when the mine's ore was processed at the nearby Wheal Jane processing plant, combined with the latest technology in gravity separation and XRT ore sorting. The thickened tailings from the process will be used to backfill part of an eight-million cubic metres void space currently in the mine, as well as providing ground support for modern mining operations. Meanwhile, the company is working on an updated resource model. The 2016 model did not include additional historic information that has now been compiled and interpreted. "Our goal is to increase the mine life from the current eight years to about 10 years," Williams said. "It is important to recognise that South Crofty, like many of the world's large lode style mineral deposits, has the potential to significantly prolong its mine life. In fact, the mine complex operated for 400 years with very little in the way of exploration and definition of new resources."

He said the prospectivity of South Crofty remained exceptionally high, given its amalgamation of 26 historic mines that all stopped production due to low prices.  Tin mineralisation remained open at depth and along strike at most of those historic workings.

When Rio Tinto owned and operated the mine, between 1983 and 1988, they saw great resource potential in the eastern extensions of the project and started sinking a decline to target these areas. However, just as work on that initiative got underway, the tin price dropped, the project was shelved, and Rio eventually sold out.

All the mines in the region closed at about US$5,000/t, with South Crofty the only one that remained in operation, for another 13 years until 1998, thanks to its high grades.

"We have four shafts reserved for future mining activity - this saves us a tremendous amount of time and money.  Our plan is to dewater the mine through the New Cook's Kitchen shaft, which will also serve as the main production shaft.  The other shafts will serve as ventilation and secondary egress points. Initial mining will focus on the deeper high-grade tin-only mineralisation" he said.

"The value proposition is that we have a fully permitted tin project that can be in production within three-and-a-half years. The biggest delay facing most new mine builds today is permitting and social licence - we have both. There is significant investor demand in the UK, since South Crofty is one of only three mines currently moving through the engineering, development and construction phases."

Last year, the USA placed tin on the list of critical metals (tin has never been mined domestically in the USA), which means they will start stockpiling it for strategic reasons. Europe neither has significant tin production, aside as a by-product from some copper and tungsten production in Spain and Portugal.

There is increasing demand from active shareholders for large electronics companies to ensure that any commodities used in their products are sourced in an ethical manner.

"South Crofty has the potential to meet the "clean tin" requirements and help supply Europe and the western world's tin needs, and clearly demonstrate that revenues do not finance conflict, exploit child labour, or negatively impact the surrounding environment," Williams added.

"Strongbow believes that now is an opportune time to revive the mine and leverage strong tin market conditions and wider positive resource sector sentiment."

Over the past year, Strongbow's (TSXV:SBW) stock has ranged from C10c to 28c and is currently around 10.5c. The company has about 86.77 million shares outstanding for a C$9.55 million market capitalisation. 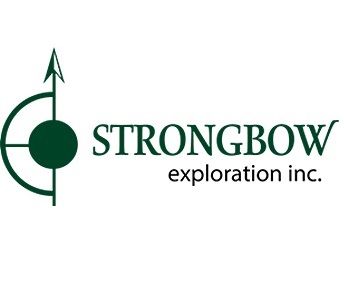 Canadians gear up for Cornish tin push and 2019 AIM listing