While Guinea in West Africa is lifting its supply of bauxite for the Chinese market, Australian company Metro Mining (ASX: MMI) is undeterred by the extra competition thanks to a low-cost operation with easy access to ocean shipping. 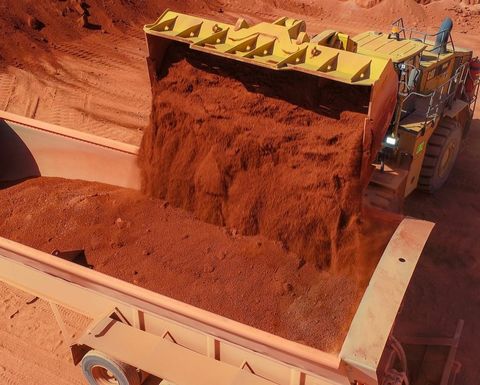 "All we do is take the overburden off which is usually about half a metre, and mine the bauxite out"

In 2019 the company aims to ship between 3.3-3.5 million tonnes, while a feasibility study upgrade is underway with a view to doubling annual volume to six million tonnes. Such an expansion would likely be paid for by a combination of additional debt and internally generated cashflow, according to CEO Simon Finnis.

A new reserve and resource estimate is also expected to be ready soon which should confirm a plus-17 year mine life.

"One of the things we like about the project is it's very simple," says Finnis.

"With any bulk commodity, particularly bauxite which is not a high-value commodity, you need the right logistics for it to work," he says.

"The fact we're close to water and we have a river coming into the property means that from a very low capital cost we can start mining."

The executive explains the site is essentially a quarry that does not need to be blasted, and its position 95km north of Weipa in Cape York means the alumina-rich ore can be towed on a barge down the Skardon River to the sea where it is then loaded onto a larger vessel.

"All we do is take the overburden off which is usually about half a metre, and mine the bauxite out," says Finnis. 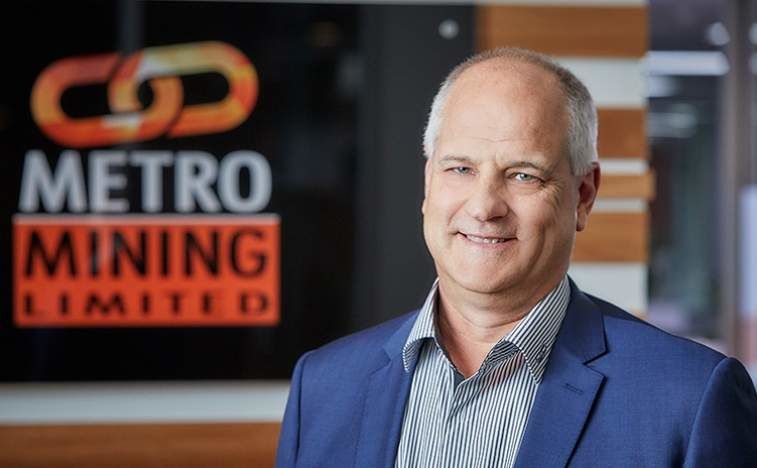 Simon Finnis: "One of the things we like about the project is it's very simple"

"It will turn over close to two hundred million dollars this year," he adds, noting the project was built for around $43 million including construction and working capital.

Last year the company loaded 33 vessels and this year the goal is to load a vessel every 4.5 days during the production season. Because of the region's climate, the mine is effectively shut down over the summer wet season and re-activated from April to mid-December.

"For nine months of the year we have sublime conditions, and then we have difficult conditions for three months," says Finnis.

"That's what we call our season and if we can push it a bit further, we do, which we did last year.

"We're in the black already. We made enough money last year to get us through the wet season when we don't get paid, and to start business again and now the cash is starting to build again."

He says it isn't actually the rainy weather that hinders operations during the summer, but rather the wind that turns to the west and makes the seas too choppy for transhipping, which is about 20% of Bauxite Hills' cost.

Poor weather conditions early in the season led to a two-day delay this year, followed by swells that prevented loading for a further few days.

"To give you some idea, our budget this year is to load at about 14,000 tonnes a day for the entire year and through that period we lost two days completely so you're down 28,000 tonnes," says Finnis.

"For the next seven or eight days we averaged 6,000 tonnes, so you're losing thousands of tonnes every day.

"It's hard to pick those up, but we've finished that ship-off. It took us a longer time than expected but we've loaded a number of ships since then and the production has been outstanding - we certainly are very confident for the rest of the year."

The good news is mining could still continue during that week of swells, so a stockpile was built up which could be fast-tracked to loading when conditions eased. In the June quarter the company mined 880,000 WMT of which it shipped 836,000 WMT.

Finnis emphasises Metro Mining has delivered on its promises to date, but the share market has still struggled to embrace its unique production model. Other factors that have worked against the mine include global economic uncertainty and increased supply from Guinea.

"Bauxite is one of those products that's not really well understood, so I think that's weighing down on our price and the general malaise around that first quarter of the year when there's no revenue and no news - people just are feeling no rush to buy the shares," he says.

"Probably the biggest change in the last 12 months has been that we're seeing a lot of mines being opened in Guinea in West Africa - in fact they've got the largest known resources of bauxite in the world."

He says the majority of that bauxite being mined in Guinea is currently going to the Chinese aluminium company Shandong Weiqiao, but there are other players coming on-stream.

"I guess time will tell how many more come on, but people recognise the cost of shipping a tonne of bauxite from Guinea to China," says Finnis.

"While from our perspective we expect that's there and they're a competitor, really from a pure cost base point of view they really can't compete with us.

Finnis has worked in Senegal and claims while West Africa may have cheaper labour costs than Australia, this is offset by the difference in efficiency.

"I would think from a cost per tonne into the vessel point of view, they're quite equivalent," he says.

"And there's only one mine in Guinea that's close to the coast - the rest have significant transport legs so 30-40km on the road and then 90-100km on barges down rivers, and they have the same process as us to load vessels.

"Then they have a 35-40 day steaming task from Guinea to China whereas we have a 12-day task. That's where we have an advantage geographically and in the efficiency of our operations."

Metro has an offtake agreement with China's Xinfa for the delivery of seven million tonnes from 2018 to the end of 2021.

On July 1, the company also signed a binding contract for 420,000 wet million tonnes with a state-owned Chinese aluminium group.

"The interesting thing about the market is the demand is extremely strong and the reason for that is two particular provinces - Shaanxi and Henan - have a lot of refineries and they consume about 75 million tonnes of bauxite a year and they consume mostly domestic bauxite," says Finnis.

"They mine their own bauxite and they process it, but those projects are being mined out and the quality is diminishing, and we're seeing a much greater degree of environmental scrutiny in China so we're seeing a lot of those mines close." 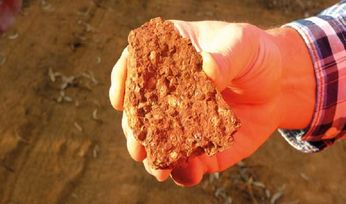 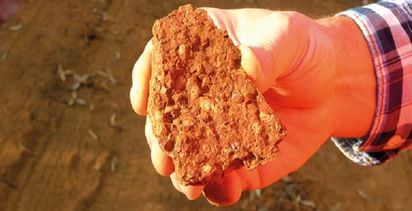