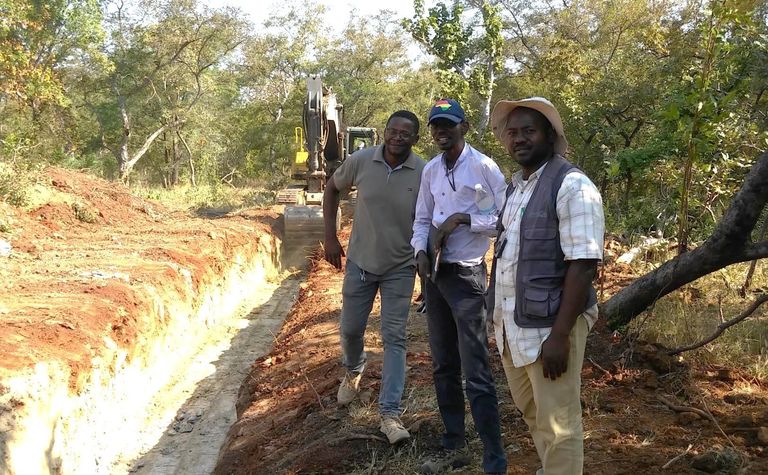 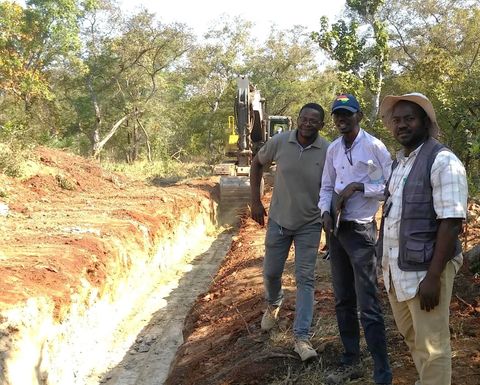 Cameroon ... 'plenty of open ground in some highly prospective areas'

The team has overseen soil sampling and trenching in Cameroon since Livesey took over as CEO in March 2018 when the group was still called Stratex International, once actively exploring Turkey and East Africa.

Livesey has taken the company back to its roots, concentrating on early stage work in mining-friendly jurisdictions that have prospective geology, and operating alongside well-connected joint-venture partners.

Oriole, with almost US$1 million in the bank at the last count and zero debt, has ongoing exploration programmes in both Cameroon and Senegal - the latter being the more advanced Dalafin gold project where Canadian mid-tier Iamgold is in year two of its option to spend US$8 million to earn a 70% interest.

The company also has a number of NSR royalties and investments in Turkey and Africa which it could realise value from at some point, or take the cash to use as working capital.

Livesey is an upbeat individual who has senior roles behind him at Anglo American, Barrick Gold, Tethyan Copper and Reservoir Minerals where, as COO, he was involved in its sale to Nevsun in 2016 for C$365 million.

In response to a question about country risk, Livesey says: "You can't tar all of Africa with the same brush.  It's made up of many different countries and we are very comfortable where we are."

Senegal, he says, has "a very established mining culture" while Cameroon has become a hot spot for investment, with the World Bank sponsoring the French and Finnish geological surveys alongside a local geological services company to open up the country to overseas extractive industries. Cameroon was "a very uncrowded market" and few if any rivals were actually working on their licences.

"It's a country where, I believe, we have first mover advantage and where there is plenty of open ground in some highly prospective areas."

He viewed Cameroon as a new territory, a sort of hidden jewel, at least till now, offering good returns to those who stayed the course.

"I was aware of Cameroon because I used to work for Reservoir Minerals and we had licences there. Geologically, the country is a fantastic target. The central Cameroonian shear zone continues into South America, if you were to relocate Africa prior to the opening of the Atlantic.

"On the South American side, there are extensive areas of gold anomalism associated with the same crustal structures that trend into Cameroon."

Thanks to the World Bank programme, Cameroon will shortly release new geological data, at a mining investment conference that Livesey will attend this month and where he will meet with representatives of the Cameroon government and the World Bank PRECASEM programme.

Critically, Oriole's local Cameroon partner, BEIG3, has also been one of the Cameroonian partners to the World Bank's programme and it is providing the geological support services in-country.

"We raised a million pounds last year, to get into Cameroon. To date we've done extensive work on our two licences up in the north," Livesey says.

The Bibeme and Wapouzé targets in Cameroon were part of a new frontier, he said, and Oriole has the option to spend $1.56 million over two years to earn 51%, and can spend a further US$1.56 million, or complete a pre- feasibility study at either project, to attain 90%. The company is already a year into that earn-in and anticipates reaching a control position on both licences later this year.  The Cameroon licences cover neo-proterozoic greenstone rocks associated with major, deep-tapping crustal lineaments that are highly prospective for orogenic deposits, which are responsible for almost half the global supply of the precious metal. Work to date has confirmed multiple zones of orogenic-type gold mineralisation at both projects.

At the more advanced Bibemi project, the most recent phase of trenching delivered a best intersection of 9m at 3.14g/t gold from trench BT-021, located towards the northern extent of the central Bakassi zone. Within this is a higher-grade interval of 13.12g/t gold over 2m, "which correlates-well with multiple bonanza grade rock-chip samples yielded from nearby quartz veins".  The programme has now stopped for the wet season and will resume in October. 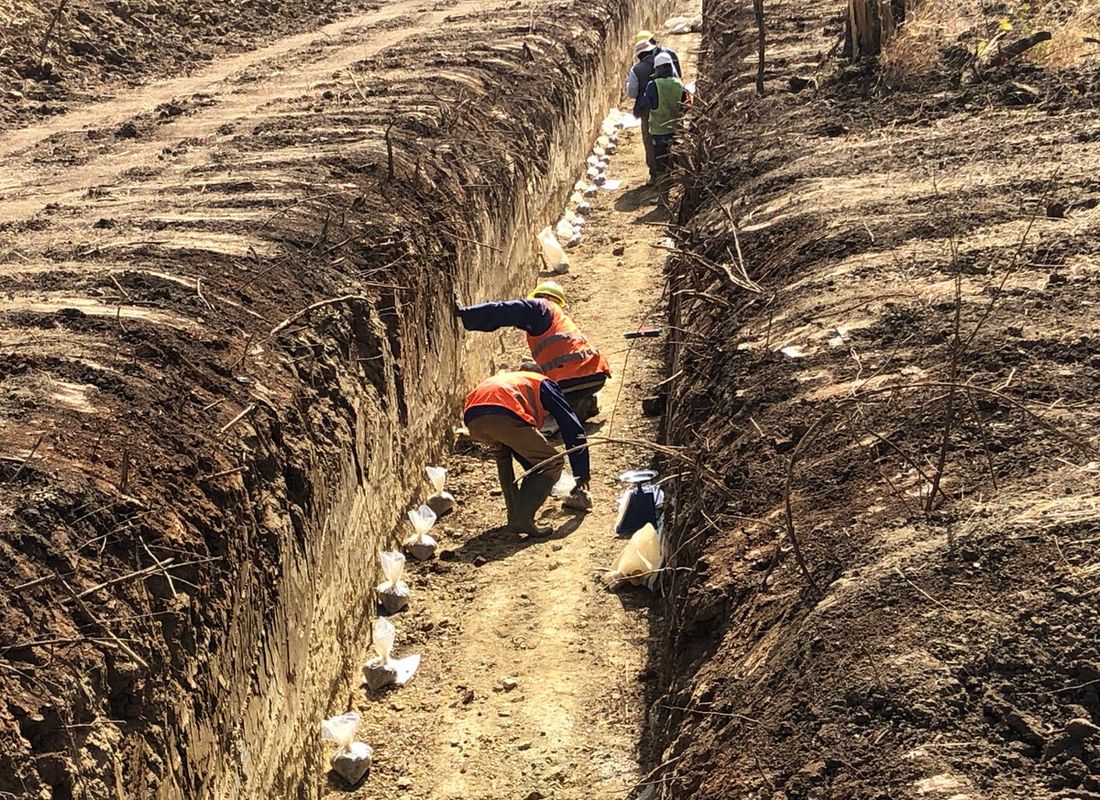 Trenching at Bibemi on the central Bakassi zone in Cameroon returned a best intersection of 9m at 3.14g/t gold

Livesey says: "We are also in the process of applying for additional licences to secure our first-mover advantage.

"We have been able to select new licence areas based on our knowledge of the geology and having worked in the country for the last 12 months. Whereas anyone coming in new today, and they are coming in, they are starting from scratch."

At Dalafin in Senegal, the Iamgold buy-in deal (signed 2018) underpins Oriole's current market capitalisation of £2.4 million, says Livesey. Iamgold is spending $4 million on exploration over four years to acquire 51% - with an option to increase to 70% for a further $4 million over two years. The initial focus at Dalafin has been on the southernmost targets, Madina Bafé and Saroudia. Both prospects are within 20km of Iamgold's's Boto gold project which Livesey says has "robust project economics". Last October, Iamgold reported anticipated life of mine costs at Boto of $714/oz and all-in sustaining costs of $753/oz; an after-tax internal rate of return of 23%, and NPV of $261 million (6% discount rate) at a gold price of $1,250/oz.

Following early work by Oriole and an initial 5,000m of confirmatory drilling in 2018, Iamgold embarked on its year two exploration programme earlier this year. A further 4,167m of air core drilling recently extended the 2018 grid to the north. "The identification of yet more gold targets has expanded our area of interest in the south of Madina Bafé to a substantial 16sq.km. The identification of a further 2km-long anomaly several kilometres north of this, leaves us convinced of the more prospective nature of our Dalafin licence within this highly endowed geological terrane," Iamgold said.

The best result to date at Madina Bafé is 9.6m grading 16.08g/t gold from drill-hole MBDD-002. Livesey says follow-on RC drilling will provide further definition of targets at Madina Bafé, and he expects more anomalism to be identified as the programme is extended northwards to the Saroudia area.

"In Cameroon, we first carried out reconnaissance rock chip sampling around a year ago, and that came back with multiple bonanza grades, up to 135g/t" 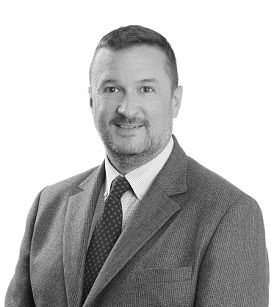 Looking ahead, key events that might hopefully act as a catalyst for the share price would be the granting to Iamgold of the licence at Boto - expected later this year. "Obviously granting a mining licence on a licence contiguous with our land, and which our joint-venture partner owns, should have a significant impact to the value of our targets," Livesey says. "The key to understanding why Iamgold are focusing on Madina Bafé and Saroudia is that they are only 10km and 20km away from Boto respectively. Iamgold only have to find an additional 100,000 oz gold, say, on our property and that could be additional feed to an existing 2.5Moz mine. That's good news for the project economics because whatever is found is in truckable distance to their existing project. So that's a very significant point."

RC drilling results at Dalafin (the programme begins next month) are anticipated in the new year and are expected to further illustrate the potential. "Thereafter, we hope that Iamgold will move their exploration further northwards to test the other prospects within the licence, including Faré which has the potential be a standalone deposit." Livesey says.

"In Cameroon, we first carried out reconnaissance rock chip sampling around a year ago, and that came back with multiple bonanza grades, up to 135g/t. These were cherry-picked by a geologist in the field, selectively sampling outcropping quartz veins, so we would expect them to be high but it did give us a sign of things to come.

"Since then we've done some systematic trenching to get a better handle on the geology and are starting to build a much better picture of the overall system. The plan in October is some more trenching and targeted drilling on those two licences to give us the third dimension. We will carry out diamond drilling so we get good structural information, and better geological data overall, so we can refine our model before we put in any bigger programmes.

"What we don't want to do is spend a lot of investor money on a wide RC drilling programme before we understand the geology. In orogenic gold systems such as these, it's all about understanding the structures first."