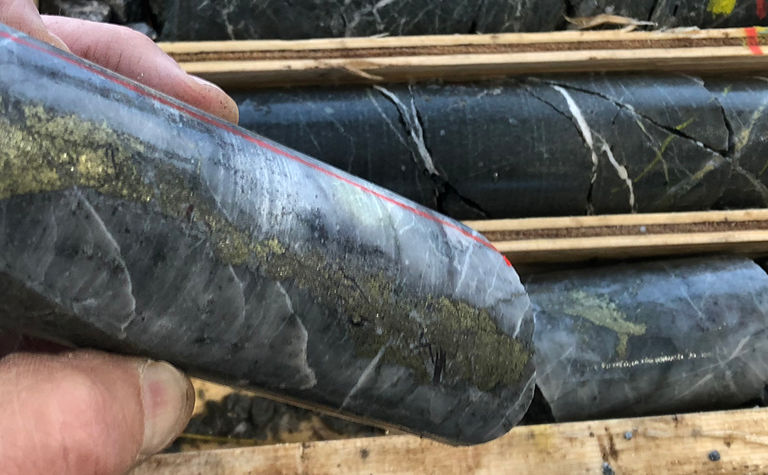 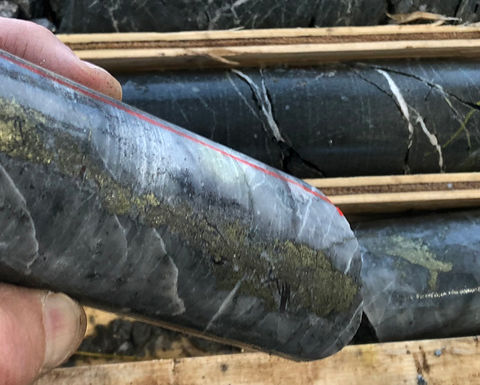 Following the discovery of high-grade copper porphyry mineralization at their MPD Project in south-central British Columbia in 2020, Kodiak Copper saw the company's market cap increase exponentially which enabled them to finance a significantly larger program for the future.

Claudia Tornquist, President and CEO of Kodiak, said the porphyry discovery at their Canadian site, which came at the start of their discovery process, was a game changer.

Kodiak is not the first company to have explored the MPD site. In fact, it has been explored by a number of companies over the past 50 years. This all changed last year when Kodiak's founder and chairman Chris Taylor, chose to take a different approach and drill deeper to over 800 metres in depth.This uncovered what appears to be a large, welldeveloped, multi-centred alkalic porphyry system with a footprint of over 10 square kilometres.

The discovery also boosted the company's share price, leading to a $12.7 million private placement in October last year, and saw Teck Resources coming onboard as a major shareholder with an investment of $8 million for a 9.9% shareholding.

"It's a vote of confidence for our project, but also I think it's telling that majors really are looking for good copper exploration projects," Tornquist said.

"We were a small, junior exploration company and now that we have made the discovery, we can finance a much larger program, which is very exciting".

Kodiak has up to 30,000 metres of drilling planned and fully funded, as well as further geophysical and geochemical surveying, prospecting, and geotechnical studies.

In 2021, the company plans to be drilling four or five times as much as last year with a number of targets at their MPD property.

"We will continue drilling at the Gate Zone where we made the discovery, but we also have other targets on the property called Dillard and Dillard East," Tornquist said, adding that all the sites are characterised by large regional magnetic lows, extensive copper-in-soil anomalies and encouraging historical drilling. Kodiak Copper also holds the Mohave coppermolybdenum-silver porphyry project in Arizona, and the Kahuna diamond project in Nunavut, Canada. Both projects have shown potential to hold large-scale deposits. 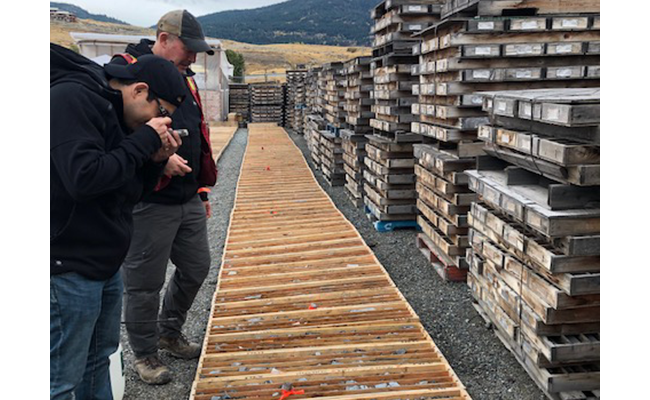 "It will be a very busy, very news-rich year for the company with hopefully many more discoveries," Tornquist said. "As far as exploration probability goes, we have a very good chance of being able to generate more good results this year and going forward".

Tornquist also acknowledged the recent rally in the copper market had played a role in the company's success, with prices rising above $4 in mid-February.

"You can make a great discovery but if it's in the middle of a downturn, you might still get stuck because nobody is willing to finance your further work," Tornquist said. "Making a discovery in the upswing of the commodities cycle, that's where you want to be".

Kodiak Copper Corp. (TSX.V:KDK) is focused on its portfolio of 100% owned copper porphyry projects in Canada and the USA.

Kodiak Copper Corp. (TSX.V:KDK) is focused on its portfolio of 100% owned copper porphyry projects in Canada and the USA.