With record financial results achieved in 2020, its team is executing its next growth phase. 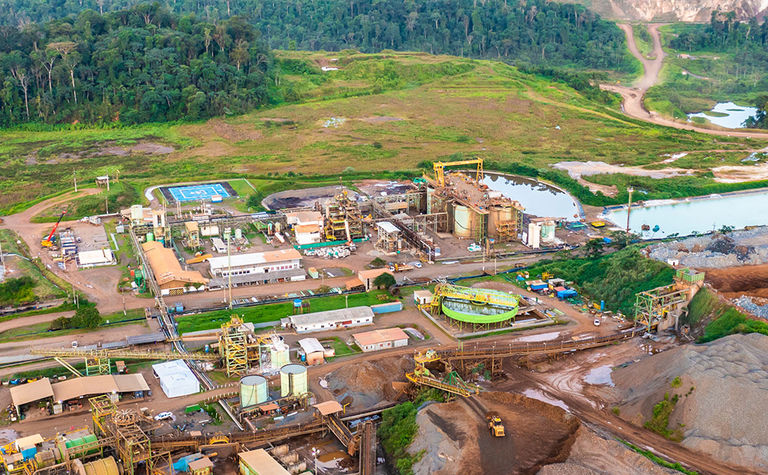 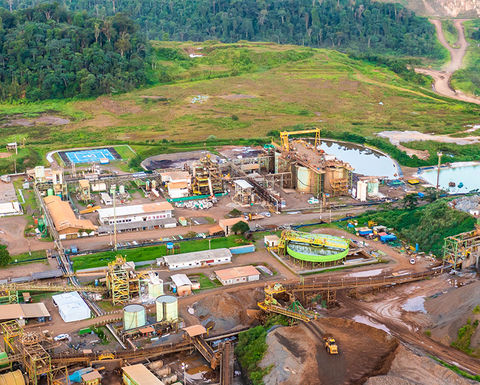 Great Panther Mining is a precious metals miner in the Americas with production of 150,000 oz gold equivalent ounces per year and plans to grow into a much more substantial company. With record financial results achieved in 2020, its new management team and board has bedded-down its first acquisition and is executing on what the company hopes will be its next growth phase.

"Our mission is to be a growing diversified gold and silver producer focused on the Americas which is a busy space because it is a successful space," said president and CEO Rob Henderson.

And it is a space in which Great Panther has long experience. Former president and CEO Robert Archer started the company in 2005 as a primary silver company with the historical Guanajuato and Topia mines in Mexico. The 2019 acquisition of Beadell Resources in an all-stock deal saw the company obtain the Tucano gold mine in Brazil, which precipitated a name change, dropping Silver and adding Mining and setting-up the company to transition from a pure silver play into a gold and silver company with assets diversified geographically in Mexico, Brazil and Peru.

The Tucano acquisition was relatively low risk given its long production history and the investment made in it by various operators over the years, which include some of the most recognizable names in the industry. The deposit was discovered by AngloGold Ashanti and brought into production by Goldcorp. Beadell subsequently put capital into building a 10,000 tonne per day processing plant.

More importantly for Great Panther, the acquisition included a highly prospective land package comprising a 90km by 30km block in a greenstone belt in the Guyana Shield, which is host to some of the world's largest gold deposits.

Tucano produced 125,417 ounces of gold in 2020 and provided some 80% of the company's cash flow, paving the way for record EBITDA of $98 million and a boost to the company's balance sheet. Great Panther ended the year with US$63 million in cash and equivalents after reducing its debt by 22% to $33 million. Much of that extra cash will be invested in exploration in 2021 with a $13 million budget for 90,000m of drilling, and to continue to reduce debt.

"As gold prices have come up Tucano has performed as it should and it is performing very well right now," said Henderson.

And the company is keen to find more gold to keep Tucano going. Some $8.4 million will be spent on exploration this year with 60,000m of drilling planned as the company seeks to increase its open pit reserves and prepare for a future addition of underground mining.

"We have three open pit mines on 7km of mineralised strike with potential for more. Below the Urucum pit we have plans for a 1,000 tpd underground mine which could produce about 40,000-50,000oz/y from a 4-5 g/t deposit. We are drilling that deposit to firm up the plans so that when the Urucum pit is exhausted, we can start to access the underground ore to supplement the mill feed." said Henderson.

Great Panther will also undertake more detailed regional exploration this year to follow-up on a number of targets identified through geochemistry and geophysics by previous operators, although never drilled. "It will be a game changer if we make a regional discovery," said Henderson.

In Mexico, the company will continue with its focus of replacing mined ounces at its underground Guanajuato and Topia silver mines, with a $3 million budget and 20,000m of drilling planned. "Our assets in Mexico have been steady performers for the company for 15 years. Both mines have narrow high-grade veins deep underground so we cannot drill them from the surface and we have limited amount of access which restricts drilling. So, every year the work there is to prove up the mineral resource estimates on the veins we know are there to provide a couple of years of resources ahead of mining to maintain production," said Henderson.

With gold and silver prices having increased over the past year, the company is looking at the potential to restart the Coricancha mine near Lima which has been on care and maintenance since 2013, and where it sees potential to produce 40,000 ounces a year of gold equivalent. "There is still quite a bit of work to be done at Coricancha. We would like to drill there this year to prove up some of the high-grade veins that run parallel to the existing mine access, which were not drilled before. This will help with a possible production decision," said Henderson.

Acquiring other assets is also part of Great Panther's growth plan and where the company can benefit from the deal-making experience of chair David Garofalo, former president and CEO of Goldcorp. "The assets we are looking at would ideally have synergies with our teams in Brazil and Mexico," said Henderson.

A new acquisition could also help generate synergies which would help reduce the company's unit costs of production. The company has guided on an all-in sustaining cost of $1,350-1,450/oz and which Henderson, an engineer and operator, is keen to reduce. "A focus on continuous improvement is something I like doing so I am putting the challenge to the guys at the mine to produce more ounces for fewer dollars. Foreign exchange in Brazil is playing a big role in reducing costs in Brazil at the moment as the weaker Reais is helping us," he said.

Great Panther is also looking to technology to make incremental improvements. "In Brazil, we are looking at using new reactors to improve the gold recovery by enhancing the leach kinetics which would lower costs and improve recovery," said Henderson.