It's a bit of a trope in journalism to say "breathe new life" when it comes to miners recommissioning brownfield projects - but if any company deserves that phrase, it's Perpetua Resources. 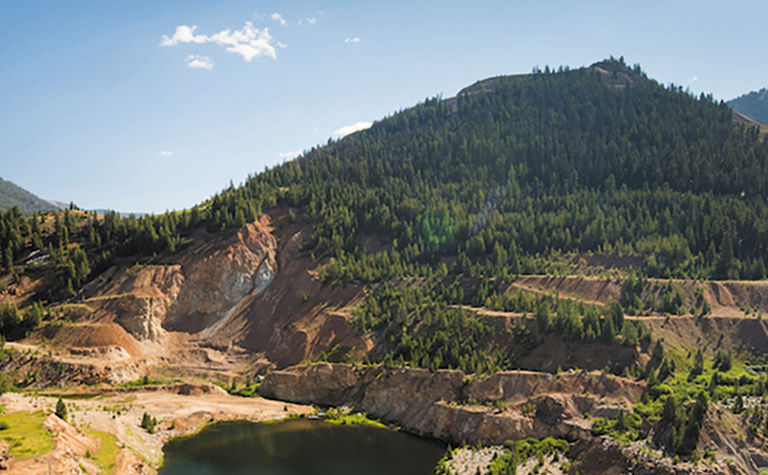 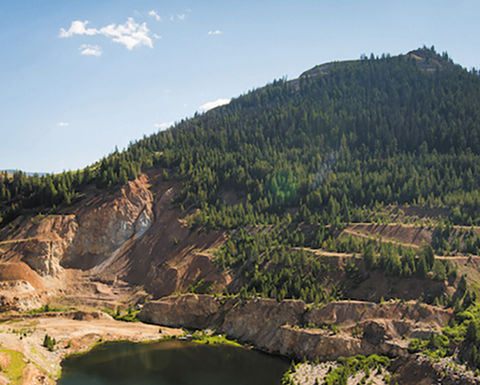 The newly Nasdaq-listed company - formerly Midas Gold - will literally and metaphorically do just that through its unique and potentially game-changing plan for environmental restoration at the abandoned Stibnite gold mining district in Idaho, USA, while simultaneously kick starting much needed antimony supply in North America.

Forbes magazine calls antimony, "the most important mineral you never heard of". But the US government is certainly aware of it - so much so that it is one of 35 minerals to have been deemed critical by the Department of the Interior. The European Union, Canada, and Australia have done the same.

Perpetua plans to be the only domestic supplier of the mineral - averaging about 35% of US demand over the first six years of production.

And while trailblazing in sustainable mining techniques and critical mineral supply - Perpetua hasn't lost its Midas touch. Stibnite boasts one of the largest, highest-grade, and lowest-cost gold projects in the US.

This has helped the company balance its ethical mining techniques with strong economics. Stibnite has a 15-year reserve life and about a three-year payback period.

"We have really good leverage to higher gold prices where the NPV increases to more than $1.9 billion at today's gold prices," Perpetua's VP of external affairs McKinsey Lyon said.

And Perpetua isn't wasting any time in putting the plan into action.

"We anticipate after permits it will take two-to-three years of construction, so we're looking at 2026 for beginning commercial operations at Stibnite," Lyon said, noting that restoration work will begin during the construction period.

Antimony's use in wind and hydro turbines, solar panels, large storage batteries, spaceships, munitions for national defence, cell phones, and flame retardants among other things is what has driven governments to declare the mineral as critical.

"It's been encouraging to see the Biden administration draw attention to the need for critical minerals and a secure supply chain," the VP said.

"We are also grateful that the administration seems to understand that we cannot simply encourage allies to mine for us. If we want to meet our needs and ensure the cleanest and safest development possible, we will need to develop American resources."

"After the last year, Americans and most people around the world, have a heightened awareness of our supply chain vulnerabilities.

"Whether it is a pandemic, shipping disaster or geopolitics, we are much more aware of where our supplies come from, the vulnerability in that supply chain, and how it might affect us personally and/or economically."

"It's extraordinarily ... to be able to go into an abandoned mine site, use responsible modern mining to restore it, while also providing the antimony our country needs for our green energy future, our technology future, and our defence future," she said.

Perpetua's momentum over the past year and the support it has found locally for the project was the impetus for the name change.

"In August 2020, we had a very successful comment period on our draft environmental impact statement. About 10,000 people took the time to comment and over 85% of the letters submitted were supportive of the project," Lyon went on to say.

Local support is key to the company's mission and it has really taken the spirit of the state to heart. The name Perpetua borrows from Idaho's motto, Esto Perpetua, which means ‘may she be perpetual' in reference to stewarding the state's vast natural resources so that they may continue to both thrive and provide.

"We are approaching the Stibnite Gold Project with that same notion of sustainability. While we're in an extraction industry, we can still take care of the resources around us," she said.

And while there is a distrust in the public when it comes to mining companies flaunting green credentials, Perpetua's words are backed up by its actions.

"Mining activity that started over a century ago left the site in need of environment repair today.

For example, the East Fork at the South Fork of the Salmon River flows into an abandoned mining pit.

This has blocked fish migration and their access to 12-30 miles of critical habitat for over 80 years.

"There are over 10.5 million tonnes of abandoned tailings and waste that are unlined and interacting with ground and surface water and degrading water quality. In some parts of the site, we've measured arsenic levels at 700 times the drinking water standard.

"This is a site in desperate need of help," she said.

"Through mining we can reprocess those tailings and reconnect fish migration in the first years of operations."

At the company's very helm - as president and CEO - is conservationist Laurel Sayer. She has over two decades of expertise in federal policy from working on national resource issues with Congressman Mike Simpson and Senator Mike Crapo.

"I can't imagine a better fit to lead a new way of mining than a woman of Laurel's background, commitments, and integrity, Lyon said.

Perpetua Resources is ready to show mining can restore the environment and we are committed to doing it from the very beginning," she added.

She says that Perpetua, under Sayer's stewardship, is paving a new way of looking at brownfield sites in the US that still have mineral value.

"Mining is no longer an enterprise solely driven by the extraction of resources. "For Perpetua Resources and many others, protecting and restoring the environment and working honestly and in partnership with our communities are seen as equally important business drivers."

"It's literally changing the face of mining, and it is something we can all be proud of," she said.

Perpetua Resources Corp., formerly Midas Gold Corp., is a Canada-based company that is engaged in exploring and acquiring mining properties.

Perpetua Resources Corp., formerly Midas Gold Corp., is a Canada-based company that is engaged in exploring and acquiring mining properties.