Rumble Resources’ Earaheedy zinc-lead-silver discovery in April has the hallmarks of being a company-maker for the Western Australia-focused explorer – yet it’s just Rumble’s first project to really capture the market’s attention in a carefully-curated pipeline of assets. 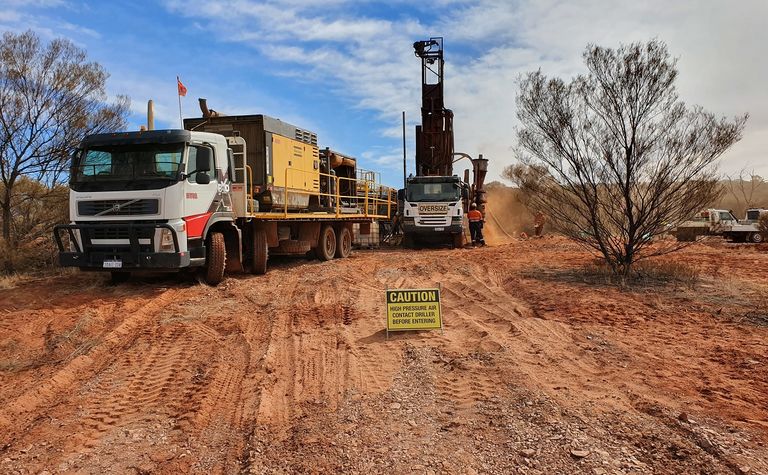 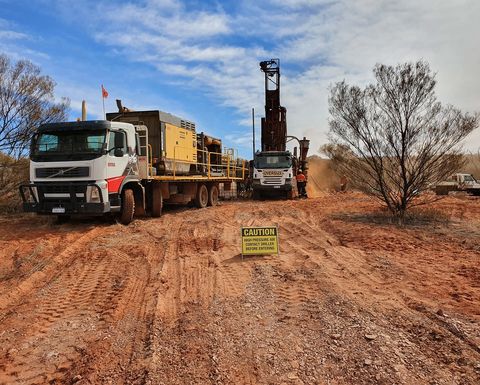 Drilling is continuing at Rumble Resources’ Earaheedy project in WA

The success at the end of the drillbit - including 34m at 4.22% zinc-lead from 66m - saw the company raise A$40.2 million within days of the Earaheedy discovery in April.

It's catapulted the project ahead of Rumble's six other highly-prospective assets, with a maiden gold resource for the Western Queen gold project imminent at the time of going to print.

MD Shane Sikora is quick to point out Earaheedy wasn't discovered by chance.

"Rumble is a very process and strategy-driven exploration company," he said.

He became managing director about four years ago, bringing two-time winner of AMEC's Prospector of the Year Award Brett Keillor on board as technical director.

Keillor was awarded for the Plutonic, Indee and Keillor gold discoveries in 1998 and, with Bruce Kendall, for the Tropicana gold discovery in 2012.

They went about assessing 700 projects, aiming to establish a pipeline of prospective tier one assets. 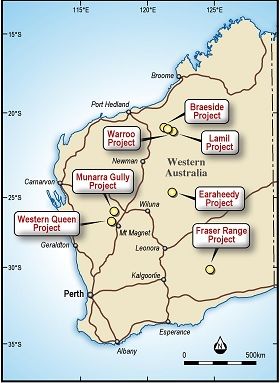 "Fast forward three years and we have seven projects in WA - six with world-class targets or potential in Tier 1 jurisdictions and the other [Western Queen] of significant value," Sikora said.

In fact Rumble was initially aiming to restart Western Queen, which saw historical production of 880,000 tonnes at 7.6g/t for 215,000 ounces, to help fund exploration.

However the April raising means Rumble can now afford to be more discerning with its plans for Western Queen.

The project is within 110km of three operating gold mills and has delivered drilling results to date including 4m at 49.73g/t gold from 134m at the Western Queen South openpit and 8m at 26.27g/t from 14m at the Duke prospect to the north.

With an initial resource looming, Sikora said the company was looking at the potential to best monetise the asset.

He also emphasised the other projects in Rumble's pipeline weren't "distractions".

"Whilst the Earaheedy project will be the clear focus of the company as we scope out the exciting discovery, in the background we have six other advanced projects that might only be a drill programme away from another discovery, we have three joint venture projects where they spend the funds, and our other three projects we're advancing aren't going to be a distraction as they will be low cost, high impact exploration targets," he said.

Rumble has two joint ventures in the Fraser Range with IGO, and the copper-gold Lamil JV in exploration hotspot the Paterson Province with AIC Mines.

Its three other projects are Munarra Gully near Cue, and in the Pilbara Warroo and Braeside, where Rumble has generated 45 targets and made the Camel Hump copper discovery and Barker Well lead discovery.

With 45km of strike identified at Earaheedy, Sikora pointed to the scale of potential at Braeside.

One of Rumble's key considerations in assessing projects was the ‘metal budget' or significant mineralisation throughout a project.

At Munarra Gully, it's identified more than 2.4km of gold-copper-silver mineralised strike at the Amaryllis prospect and open in all directions, which it believes is analogous to Chibougamau gold-copper shear vein style deposits found in Quebec's Abitibi Greenstone Belt.

"And if any conductors light up below that, they are going to be phenomenal targets."

With the company's metal budget yet to be fully tested, momentum is building for this to be reflected in Rumble's market capitalisation.

By the end of this year, Sikora hopes further drilling will better demonstrate Earaheedy's tier one potential, not to mention a discovery at one of its other projects and Western Queen nearing production with a friendly party.

"With the pipeline of projects strategy, we envisaged there would be this wave of momentum at the end of the third or fourth year because of the sheer advancement of all these assets," Sikora said.

"It's going to be a really exciting period ahead for Rumble shareholders.

"Earaheedy is our focus but I don't want shareholders to be surprised when news starts coming out of our other projects."

He said Rumble would be expanding its geological team to manage progress going forward.

A dedicated team under a senior project manager would focus on Earaheedy, with a separate team to cover Rumble's exploration at its other projects. 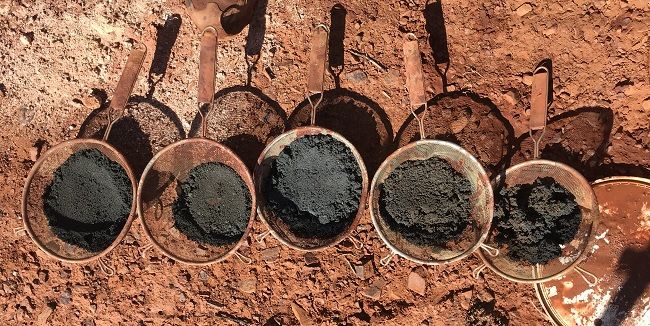 Mineralisation from drilling at Earaheedy

They also highlighted the potential for several large-scale, tier one zinc-lead-silver SEDEX-type deposits on the project.

Alongside further results from Chinook, including 23m at 4.1% zinc-lead from 103m, Rumble also announced mineralisation from the Magazine prospect 12km away.

Detailed geological, airborne magnetic and multi-element interpretation of the results highlighted multiple extensional feeder faults over many kilometres of strike, with each inferred feeder fault holding the potential to develop higher-grade zinc-lead zones over the length of the planes, inferred to be typical of large SEDEX (sedimentary exhalative) deposits.

The SEDEX style of mineralisation accounts for some of the biggest lead-zinc deposits globally.

"Our discovery was made with about 3,600 meters of drilling with no geophysical targets or a clear geological understanding," Sikora said.

"We've just started a 30,000m drill campaign empowered with a much better understanding of the geological system with the company now potentially being able to target the newly identified, higher-grade feeder zones throughout the project with geophysical targeting methods, so you can imagine what we could uncover after this major drilling programme."

The 45km of strike is open in all directions. 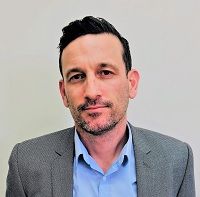 Rumble owns 75% of Earaheedy E69/3464 which hosts the Chinook and Magazine prospects and has a 100%-owned single contiguous exploration license application ELA69/3787 that covers the known strike extent.

The company has set its first exploration target for Earaheedy of 40 to 100 million tonnes at 3.5%-4.5% zinc-lead.

"If you look at the scale potential we're looking at Earaheedy, and we're at a $300 million market cap," he said.

"This is just the start."

Rumble Resources - a world-class zinc, lead and silver discovery is emerging at Earaheedy