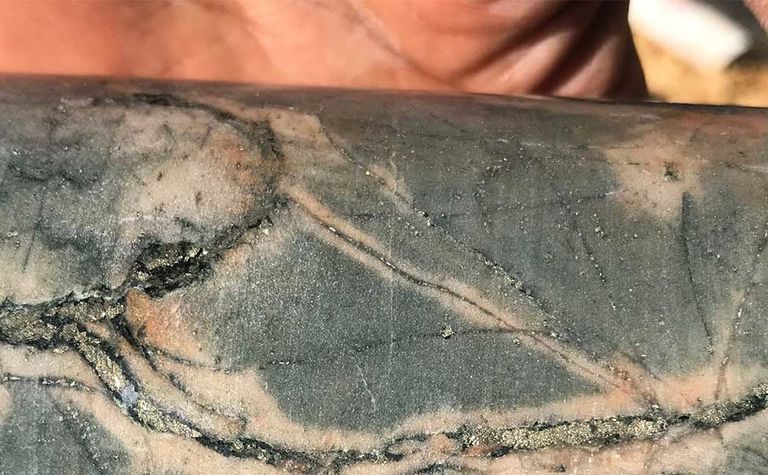 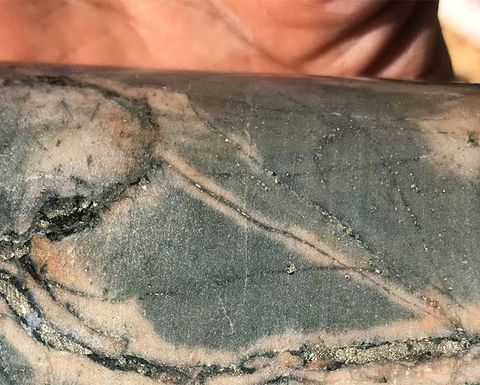 Newly listed Alpha Exploration (TSX-V: ALEX) is confident that it is sitting on substantial gold, copper, and zinc deposits at its wholly owned Kerkasha property in Eritrea. The property, located in the Arabian-Nubian Shield is 771 square kilometres in size, said chief executive Michael Hopley.

"This is a large property in a very prospective area," he said. "The basic geology and structural setting lend itself to the discovery of a variety of deposit types." The Arabian-Nubian shield is known for its VMS (volcanogenic-massive sulphide) occurrences, such as Nevsun Resource's Bisha deposit and Sunridge Gold's Emba Derho deposit on the Asmara Project. It also hosts the Sukari orogenic gold deposit (Centamin) and the Jebel Ohier porphyry copper-gold deposit (Qatar Mining).

"We believe this is one of the few remaining underexplored areas in the world," Hopley said. "It's one of the last frontiers in the mineral exploration business."

The Kerkasha license area has had some previous periods of exploration, Hopley said. Exploration for gold was undertaken in the 1920's and 1930's when Italian colonists controlled Eritrea, and then later (2010-2013) by AngloGold-Ashanti as part of a joint venture agreement with Thani Investments, Hopley said.

These previous exploration periods have acted as a guide for Alpha Exploration, he said.

"The best way to explore for gold is to go where gold was found before," he said. "The Italian miners did that, and the artisanal miners are currently doing that." Although artisanal mining is currently discouraged by the Eritrean government, Alpha Exploration has still been able to find more gold where these miners were previously working, Hopley said.

There had never been any drilling on the Kerkasha property prior to Alpha acquiring the license in early 2018, he said.

The team has been busy mapping and testing the property since March 2018.

"The first thing we did was cover the whole property on a 500m-by-500m soil sample grid," Hopley said. This helped Alpha Exploration narrow down areas of interest.

The Alpha exploration team had up to nine geologists who carried out the soil sampling and kept an eye out for signs of promising mineralisation. "They discovered several areas of mineralisation that had not been previously identified."

As a result, the Alpha Exploration team wound up with 17 different prospects and will continue with advanced exploration techniques (mostly drilling) on five of these prospects in 2022, Hopley said.

The first prospect is the Anagulu porphyry gold and copper prospect which is a virgin discovery by Alpha geologists while completing the property-wide soil geochemical survey. A 2 km long zone of strong gold and copper values has been identified at surface in soil and rock chip sampling. The first diamond drill hole at Anagulu showed a remarkable interval of 49 meters averaging 2.42 g/t gold and 1.10% copper.  More recent drilling, in a limited 400 m long area have shown several holes with wide intervals (70 to 100 meters) of impressive gold and copper mineralisation.

The next most important prospect is Aburna. "This is an orogenic gold prospect mined by the Italians and more recently by artisanal miners," Hopley said.

"We think we have a district scale discovery at Aburna - based on surface sampling it's a very large area of gold mineralisation spread over an area of almost 4 kilometres long and two kilometres wide," he said. "We have got some very impressive numbers from rock-chip, channel and trench sampling."

Alpha is preparing for drilling programmes at Anagulu, and Aburna, in 2022, Hopley said.

Another prospect is known as Tolegimja - another virgin discovery by Alpha. It is a copper-zinc-gold VMS prospect with some very high copper values at the surface, he said. "We recently completed an IP-Resistivity geophysical survey over the prospect that identified strong chargeability anomalies sitting beneath the high copper values at surface. These chargeability anomalies stretch over two kilometres long. This, together with the strong copper mineralization at surface, makes for a compelling drill target."

The Kona West prospect is another VMS prospect on the property. "It has very strong copper values over a 1.5-kilometre strike length," Hopley said. "We recently completed an IP resistivity survey which identified a chargeability anomaly immediately to the southeast of previous drilling. It's another compelling drill target, which we plan to test in the first quarter of 2022."

The fifth target, Kosolda, "is probably the most impressive gold prospect I have seen in 40 years of experience in this business," Hopley said.

"It requires more work and more drilling - we drilled nine holes at the prospect about two years ago, without a lot of success. But the drilling was only on one very small area of the prospect. The results to date on the Kosolda prospect suggest that we need to do more mapping, more sampling, and more drilling," he said.

The five targets are what Alpha Resources will focus on in the first half of 2022, he said.

"I think Alpha has a strong possibility of transformational exploration success by drilling these five targets this year," he added.

"We have an exploration team headed by five people who have had lots of success in Eritrea and Sudan over the years," Hopley said.

"My last job was running Sunridge Gold Corp," which owned the Asmara copper-zinc-gold project, he said. Sunridge sold its 60% share in the project to Chinese state-owned firm Sichuan Road & Bridge Mining Investment Development Corp for US$65 million in 2016.

The Alpha Technical Director Alasdair Smith, has 15 years of exploration experience in Eritrea, Hopley said. He was part of team that discovered the Zara gold project, still being mined by China's Shanghai SFECO.

Exploration Manager Tewelde Haile is an Eritrean geologist with over 30 years of experience, Hopley said. Haile has worked in the Koka gold field in Eritrea, which includes the Zara gold mine.

Scott McKeag is the Alpha Advanced Project Manager with 30 years of experience as a geologist around the world and particularly in neighbouring Sudan, where he was involved in the discovery and development of the Jebel Ohier porphyry copper-gold deposit, Hopley said.

Eritrea is one of the better mining jurisdictions in which to be operating, Hopley said.

"The mining code has changed little in more than 20 years," he said. "In other countries, the mining code changes often and it's very difficult for a small operator to manage this. Alpha management have plenty of experience working with the government of Eritrea. I worked with them as a joint venture partner on the Asmara project and found them to be straightforward and honest," he said.

One of the benefits of working in the country is that relations with the government are predictable.

"We like where we are," he said. "Not just the geology, but working with the government has worked out well."

The political situation in neighbouring Ethiopia has not led to complications in continuing exploration activities at Kerkasha, Hopley said.

"None of the political noise in the neighbourhood has really affected us," Hopley said, adding that Alpha Exploration has been able to have local and expatriate personnel on the ground since commencement of operations in March 2018.

The COVID-19 pandemic also has had very little impact on the project, Hopley said.

"Apart from the travel restrictions with COVID" which have made it hard to bring experts to the site, "we've been able to continue work on the ground uninterrupted."

Alpha Exploration Ltd is an Exploration Company, focused on the discovery of world-class economic gold and base metals deposits in the highly prospective Arabian-Nubian shield.

Alpha Exploration Ltd is an Exploration Company, focused on the discovery of world-class economic gold and base metals deposits in the highly prospective Arabian-Nubian shield.