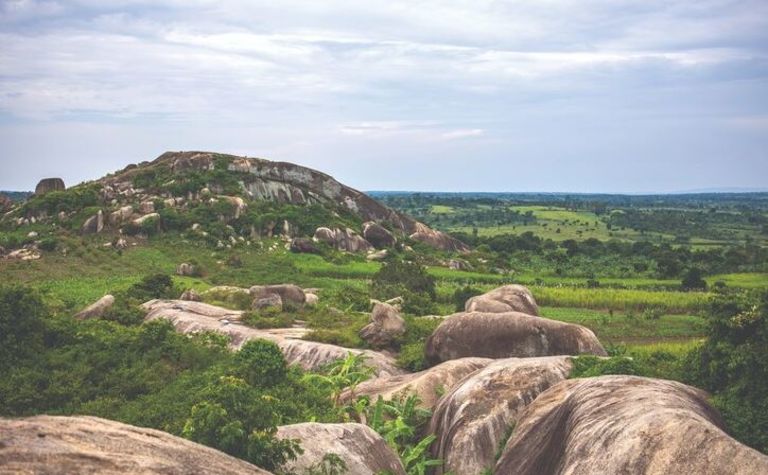 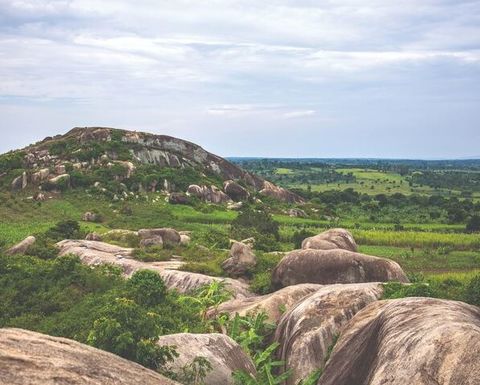 Ionic Rare Earths has worked to be in the right place at the right time with the right assets, as it moves to develop a magnet and heavy rare earth supply chain outside China.

Its flagship asset is the near-term Makuutu rare earth elements (REE) project in Uganda, one of the world's biggest ionic adsorption clay deposits, where the company is aiming to be in operation in 2024.

Ionic also recently finalised the acquisition of Seren Technologies to gain leading-edge technology to separate and recover REEs not only from Makuutu ore, but also from waste magnets which could provide an early source of cash flow.

A resource update for Makuutu was imminent at the time of going to press.

Ionic managing director Tim Harrison was expecting a substantial increase in confidence and size, given all 432 holes in the recent phase four drilling program intersected REE clay above the resource cut-off grade, including near-surface high-grade results such as 28.5 metres at 1,250 ppm TREO from 2.9m.

A feasibility study is slated for October, following a "very robust" scoping study last year which outlined pre-production capex of US$89 million for the first module, a post-tax NPV8 of $321 million and an internal rate of return of 38%.

Since then, the Makuutu spot REO basket price has risen about 50% compared with the initial years forecast in the scoping study.

Further, Makuutu's scandium upside represented a potential increase of up to 25% in additional revenue, Harrison added.

He told RESOURCEStocks the orebody provided a compelling opportunity thanks to its scale, the resultant high value magnet and heavy REO rich basket and the low capital approach.

"To increase the value of this, our strategy for downstream greatly leverages the unique supply potential to feed a growing demand that won't be able to keep up," he said.

The SerenTech acquisition provided the company with a key differentiation, the ability to rapidly integrate into downstream supply chains and a clear advantage over other heavy rare earth refining aspirants, he said.

"The due diligence process has confirmed the potential for the technology to be very value accretive for IonicRE in its ability to help unlock the downstream value of the Makuutu basket, plus also move swiftly on magnet recycling potential across Europe, the UK and the US," Harrison said.

A new pilot plant programme was planned for an integrated magnet recycling flowsheet, ahead of a planned demonstration plant later this year.

"Rare earths are a technology metal and their value is in the industries they enable downstream," Harrison said.

"And you have to have the rare earths in the right proportions - it's not just neodymium and praseodymium but also dysprosium and terbium.

"We're in a great position to really be a key player in these new supply chains that are going to form over the next few years.

"I think we're also working with the right strategy, to get Makuutu rapidly into production to take advantage of the massive demand that's coming."

The rare earth sector has been traditionally dominated by China and countries are looking to secure alternate supply, with demand also forecast to soar due to the green energy revolution.

In addition to the adoption of renewable energy sources and geopolitical shifts regarding security of supply, Harrison said another factor was the end-user push for ethically sourced critical raw materials.

"We've got these fantastic tailwinds that are behind the company and the industry," he said.

"And we've got a product that can enable EVs and offshore wind and key defence applications and on top of that, we've got a very large deposit with a lot of scandium.

"And scandium really will be a metal of the future for its ability for lightweight transportation and its use in the production of hydrogen as well - so we do see this deposit as having many different attributes that position it as a very forward-facing source of critical materials that the world's going to need increasingly more supply of over the next decade and beyond." 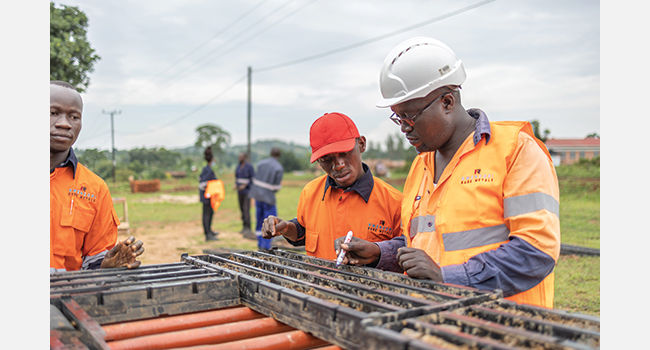 The resource at the time of writing contained 315 million tonnes at 650ppm TREO with a 200ppm TREO-CeO2 cut-off.

Harrison noted there was also "massive exploration potential" to the east and northwest.

"It really is an asset that could have a 50 year-plus life of mine, producing the magnet and heavy rare earths the world is going to need and have a very difficult time to find over the next few years," he said.

Makuutu has a "uniquely balanced basket" with 73% magnet and heavy rare earths.

Being a clay deposit meant lower capital expenditure than hard rock mining and was one of Makuutu's many attributes, Harrison said.

"The scale is massive and will get bigger in time, the basket is market leading, we have a low capital, modular development approach which is responsive to a growing future market, and it has no radionuclides which is a clear differentiation to light REO hardrock mines," he said.

Completing the feasibility study later this year will trigger Ionic's ownership of Makuutu increasing from 51% to 60%.

"We have a pre-emptive right on the remaining 40% and we will assess in due course as we advance towards development," Harrison said.

Activities planned for a busy second half of 2022 - aside from the feasibility study -include finalising project approvals, submitting a mining licence application, delivering a refinery scoping study and a magnet recycling demonstration plant, plus ongoing exploration.

Ionic has enjoyed a supportive environment in Uganda, assisted in part by the challenges brought by the global COVID-19 pandemic, which prompted the company to increasingly utilise and build capacity in-country.

"So far we have had great support and collaborative engagement as we develop Makuutu and demonstrate a positive example of exploration to development and operations in a short space of time," Harrison said.

"We've been working with stakeholders to make sure we've communicated as best we can all the potential attributes and upside that we see a project like Makuutu can deliver to Uganda and how we can work towards becoming a good corporate citizen, ethically operating and producing the critical raw materials that the world needs - and in doing so, also providing opportunity and potential for greater services within Uganda."

He was recently in the US to continue discussions with the investment community and potential partners regarding downstream opportunities such as refined rare earth oxides, metals, alloys and magnets.

"All of that will require partnerships with the right companies," Harrison said.

"There's a lot going on at the moment, it's very exciting for the company and given everything that's happening globally as well as in the space, we are really seeing extraordinary interest."

US concerned over "weaponisation" of critical minerals