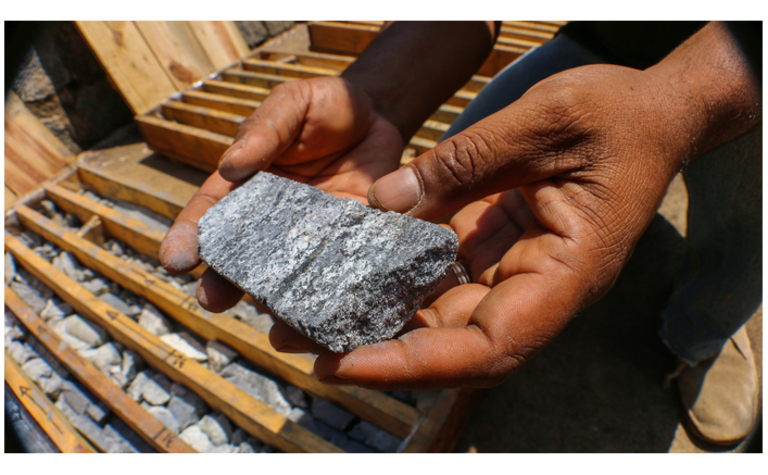 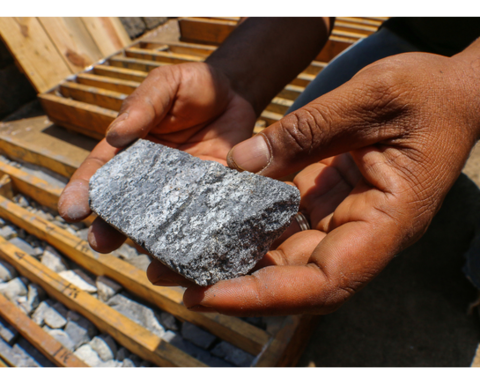 The deposit is located in southern Madagascar, about 30km of Ampanihy, with roads access to Toliara on the west coast and Tôlagnaro port on the south.

Last month, the company reported the completion of a significant drilling programme at Maniry which included 3,300m of infill diamond drilling at its Razafy Resource and 600m of geotechnical drilling. Significant graphite mineralisation was identified with total Indicated Resources of 9.9mt at 7.7% and total Inferred Resources of 13.2mt at 6.4%.

The results confirm that the company can supply expandable graphite markets, the refractory industry, in addition to Lithium-ion anode material manufacturers.

Expandable graphite is currently the primary market of BlackEarth Minerals. Coarse flake "in the normal market can attract probably an average price of US$1400+/t in today's market," according to Managing Director Tom Revy who pointed out that "with a few hundred dollars more, they can convert that into an expandable product, technically very simple at low cost. "It is simple, it is low risk and we can get into that quickly," he declared. 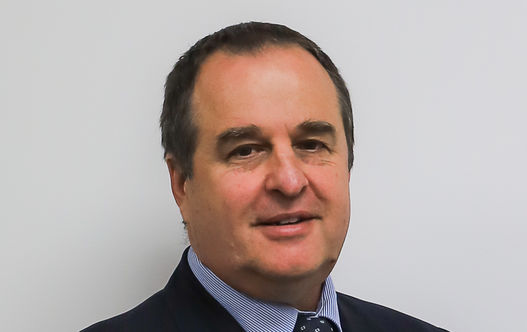 In March, BlackEarth announced that it had achieved Environment Social and Governance (ESG) certification from UK's Digbee ESG, rating both on a corporate and project level for its Maniry graphite project.

"The rating of BB provided by Digbee reflects the stage of the company and the development phase at the Maniry project. It all demonstrates the company commitment to create transparent ESG reporting," declared Revy, underlining that "the positive thing by completing the ESG reporting is that we have started to attract the attention of ESG funds and that helps in project finance". "It has given us the recognition of what we have done. And what we have done in a very short time," he added.

A series of JV and agreements

In October last year, the company signed a JV agreement with India-based Metachem Manufacturing Company Pvt Ltd, a leading producer of expandable graphite and other downstream products. The JV "plans to supply a material portion of all imports of expandable graphite into Europe - expansion plans being initiated to capture a greater share of worldwide demand".

"This Agreement provides an enormous boost to our JV with Metachem and the development of our plant in India and now completes our supply chain which will underpin our operations," says Revy.

The deal follows a series of JV and off-take arrangements with international graphite players over the last three years, including RHI Magnesita for refractory material in 2020; up to 100% offtake agreement with Austria-based graphite company Grafitbergbau Kaisersberg; and a memorandum of understanding (MOU) with USA-based Urbix in 2021 to produce spherical graphite (SPG).

The market is full of opportunities explains Revy, "particularly in the graphite market where you simply use graphite concentrate". When going down the Li-ion battery process, you go head-to-head with the Chinese who produce 100% of spherical graphite (SPG). But we want to enter initially into a downstream process which involves lower competition, and lower capex. That's why we are entering into the expandible graphite market."

The company reported that "the expandable graphite market is expected to grow in demand as fire retardant material and for further downstream use in the automotive, EV and alternative energy sectors".

Although the graphite sector has bright days ahead some challenges remain, such as the cost of logistics, inflation issues "that are spooking equity markets", and pressure put on groups transparency on ESG behaviour which can have different levels of expectation depending on the countries.  "The market needs to come to a common global understanding on that," confirmed Revy.  There is also a large supply deficit looming in order to transform the whole energy sector, to make the decarbonisation ambitions of major economies in the world.

Another issue "is the ability to obtain project finance for any critical commodity project, graphite is no exception. And I think a lot of companies are falling into that kind of trap at the moment, in terms of the chasm that exists between investors' sentiment and off-take requirements," explained Revy.

The graphite market has bright days ahead with significant supply graphite shortage expected on the short to medium term.

Prices have moved quite significantly in the last 6-8 months. In general, graphite market has been impacted by the Chinese power restrictions and graphite mines shut downs owing to environmental issues that happened in world-leading graphite producer China. 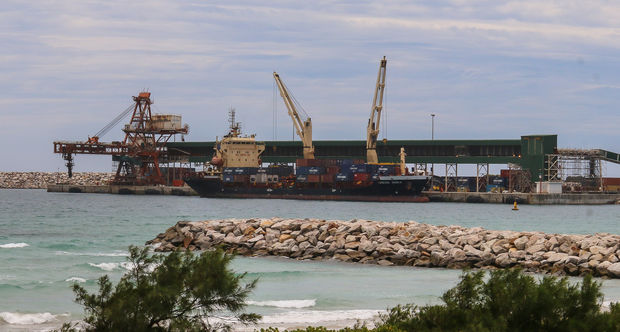 Back in 2012, about 3% of graphite produced went into Li-ion batteries, which has increased to around 20% nowadays. By 2026, the amount of demand for batteries is expected to be the largest demand area for graphite. By 2035, more than 50% of natural graphite produced is expected to go into batteries. "That's huge growth outlook. Graphite producers should do well in the next few years," said Revy who also sees a big potential as well for stationery battery storage options and hydrogen fuel cells, both of them needing suitably qualified graphite

For now, the company's plans are to focus on finishing the FS of the expandable graphite facility in India, then get it into production, generate some cashflow, finish the FS in Maniry, work on the project financing, and get into production as soon as possible.

"We could then potentially look at other possible options," explained Revy. "The focus is just grow the company in a structured, responsible and orderly manner."

It is going to be a very dynamic industry over the 3 to 5 years," he added.

BlackEarth Minerals is also exploring its Donnelly River Prospect located about 240km south of Perth, Western Australia. The project is still at very early stage of developments for Ni-Cu-PGE prospects.

BlackEarth Minerals (ASX:BEM) is a vertically integrated graphite developer with advanced mining projects in Madagascar and base metal prospects (Ni-Cu-PGE) in Western Australia.

BlackEarth Minerals (ASX:BEM) is a vertically integrated graphite developer with advanced mining projects in Madagascar and base metal prospects (Ni-Cu-PGE) in Western Australia.