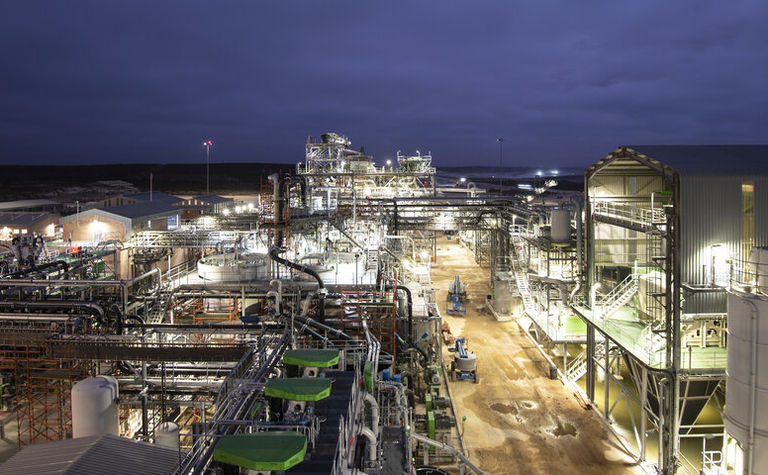 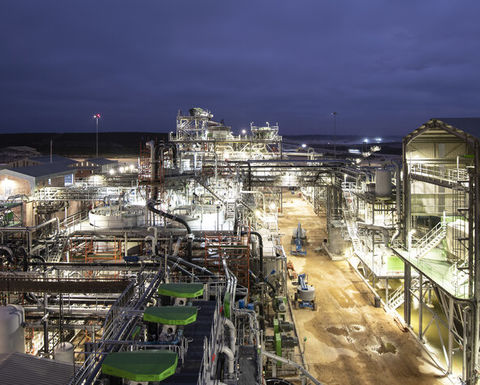 Russia's invasion of Ukraine caused chaos in energy and metals markets, with gas and nickel prices soaring to record highs and as buyers scrambled for alternative sources of supply. But the impact on some other commodities was no less severe: Russia's sudden departure from the global pool of fertiliser production sent prices spiralling, caused headaches for farmers across Asia and sparked talk of a global hunger crisis.

While the impact on customers and of course the end consumer will likely be felt for years to come, rising fertiliser prices have acted as a spur for other suppliers and created opportunities for miners of core fertiliser ingredients.

One such company is Kropz Plc, an AIM-listed South Africa-focused miner of phosphate rock, 85% of which is used in fertiliser production.

Kropz took control of the Elandsfontein phosphate project, located on the west coast of South Africa's Western Cape province, back in 2010, having identified the promising combination of a rising population - translating to rising food demand - alongside low but rising use of fertiliser in Sub-Saharan Africa.

After a false start - more on that later - Kropz produced first ore late March 2022. And with the Ukraine war and China's ban on the exports of fertilisers lifting phosphate rock prices north of US$140/tonne, roughly double what they were five years ago when the company first planned to commission Elandsfontein, Kropz has an opportunity to press ahead quickly and also to bring its second, much larger project - named Hinda - to market.

"The sanctions on Russia have had quite a significant impact on our business," Mark Summers, Kropz' CEO, told ResourceStocks.

"There's a global shortage of fertiliser at the moment; demand is increasing, prices are increasing; it's a good space to be in," said Summers

Kropz boasts a low cadmium resource at Elandsfontein, which gives the company an edge in light of the Ukraine situation, explained the CEO.

"Russia is a big exporter of low cadmium rock. So that opens up a whole new host of opportunities for us to supply into markets that are impacted due to the sanctions," he said.

While Russia is by no means the dominant force in phosphate production - that tag goes to Morocco, which accounts for over 80% of global supply - up until last month it held about 7% of the phosphate rock market.

While Kropz looks to be in the right place with the right product at the right time, past problems at Elandsfontein means Summers has a job on his hands convincing investors the company is capable of delivering on its ambitions.

Back from the brink

Construction work at Elandsfontein began in 2015 and ran up until 2017, when the company planned to commission the project. At that point, Kropz ran into what Summers described as a "perfect storm" of misfortune.

"Global phosphate prices were at an all-time low; it was even down to US$70/tonne. You don't make money at those types of levels; so that was the one factor," he said.

This was then compounded by permitting issues, specifically the late issuance of Kropz's water use licence.

"We need to de-water our mining pit because it is on top of an underground aquifer. There's a lot of water that needs to be removed, and we got issued that licence probably six months after we were expecting it to be awarded. So we didn't have the opportunity of de-watering our pit optimally and we were effectively commissioning the mine with wet ore, which these plants are not designed to handle," said Summers.

In addition, Kropz lost a mill motor within two days of the plant starting up, causing a six-week delay while they waited for a replacement to be delivered.

"At that stage, we just said: ‘Let's take a step back, let's put the mine on care and maintenance, let prices recover and do some further test work,'" said Summers.

Those further tests resulted in changes to the plant's configuration, explained the CEO.

"After the test work, we decided to go with a more conventional flotation process that's used extensively in Florida, and that is a direct reverse configuration. You do a first stage of direct flotation and then you do a reverse flotation stage, for both the coarse and fine size fractions. It's tried and tested and it gives you a more consistent final product," said Summers.

With the mine now ramping up, the next couple of months will be spent largely on plant optimisation, and in the meantime Summers can focus his attention on securing customers.

"Now that we've got some product, we can send those samples off to potential buyers; they will then revert if they happy with the specifications of the product, and then we'll hopefully start exporting bulk in Q2 '22," he said.

Summers believes the company will begin - as a new market entrant - as something of a price taker. However, once it achieves steady state production, slated for the end of the year, he predicts Kropz will become a price maker.

Plans for future expansion are tied to Hinda, Kropz's second project, located in the Republic of Congo. The company has just completed a revised feasibility study and is now moving into the fundraising stage.

"It's a big project, potentially seven times the size of Elandsfontein, just on a resource basis. It's got a three-year development horizon and the size of the deposit will keep us busy for quite some time," said Summers.

And after its past struggles at Elandsfontein, Kropz is now on a solid financial footing.

The company's only external debt is a US$30 million project finance facility secured with BNP Paribas in 2016.

"That's been fully drawn down and we can start repaying that facility towards the end of this year. And hopefully over a two-year period we can pay that debt down," said Summers.

Other than that, all capex and opex has been funded by shareholder loans and shareholder equity.

"We've got in excess of US$200 million of physical high quality production assets at Elandsfontein. And then our investment in Hinda is sitting in the books at US$40 million, which is what we paid for the asset and that value is underpinned by extensive drilling, studies, test work, etc," said Summers.