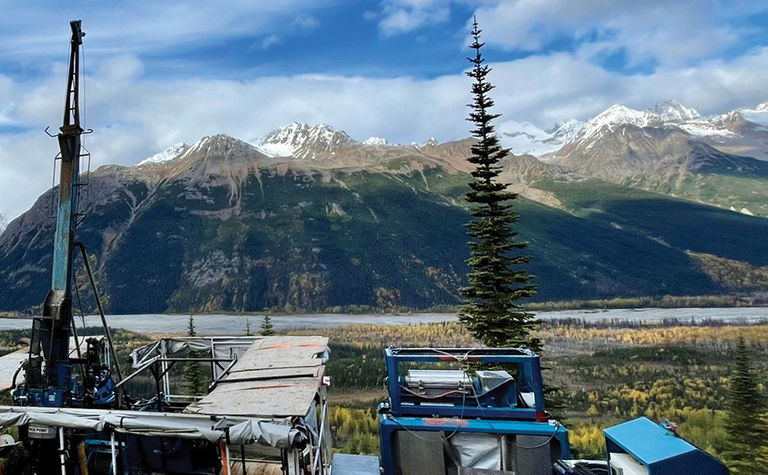 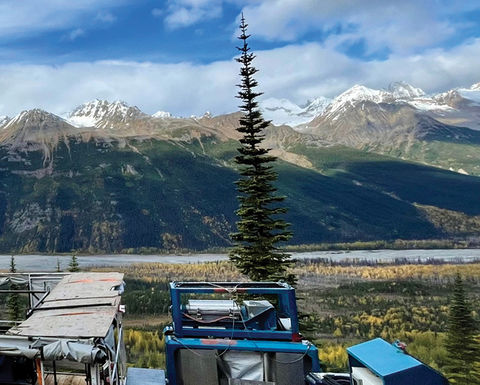 The penny finally appears to have dropped. Legislation proposed at the end of March in the US will see Joe Biden's government fast track supplies of critical minerals, while European nations are at last waking up to the impending shortage of metals integral to the energy transition.

But those with only a cursory knowledge of mining appreciate these things take time. Bringing a mine online takes an average of about 20 years from discovery, while in high-risk countries the timeframe can slip by a matter of decades. Which is why junior miners with promising projects and established resources in low-risk jurisdictions have seldom been so well placed.

Toronto-listed Copper Fox Metals is one such junior, boasting five copper projects in North America at different stages of the development pipeline with exposure to both advanced and exploration stage projects.

Furthest along the line is Schaft Creek, a joint venture with project operator Teck Resources Ltd ("Teck") in which Copper Fox holds a 25% carried interest. Given the size and scope of the Schaft Creek project, Teck's operating knowledge and technical resources are an asset to advancing the project.

Schaft Creek is one of the largest undeveloped porphyry deposits in North America and is located in northwest British Columbia. A preliminary economic assessment ("PEA") released in September 2021 showed a pre-tax NPV at 8% of US$842.1 million and an IRR of 12.9%, based on US$3.25/lb copper and a 21-year life of mine, during which time production is expected to total approximately 5 billion pounds of copper, 3.7 million ounces gold and 226 million pounds of molybdenum. The PEA indicated that the NPV of the project is highly levered to metal prices. Of interest is that the PEA utilised approximately 60% of the projects resource base, providing potential optionality to increase throughput or increase mine life.

Copper Fox's CEO Elmer Stewart tells Resource Stocks that the company will look to exit the project before it moves into production, but he believes that, based on identified project enhancements, there is still more value to be uncovered.

"If positive results are received from the 2022 programme, then we think we can surface more value in the project, higher than what it is right now," said Stewart.

As operator, Teck is responsible for the pre-production costs for the Schaft Creek project. Last year they spent CS$2.5 million while this year the planned figure is C$6.6 million.

"Teck are reopening the Schaft Creek camp for 2022, making it a solely dedicated programme this year. The plan is to get 5,000m of drilling done, focusing inside the first five-year pit for additional metallurgical and geotechnical investigations," said Stewart.

Copper Fox's joint-venture agreement with Teck contains a first right of offer clause - as opposed to first right of refusal, and Copper Fox believe's this is a better mechanism to deal with the disposition of the 25% interest in the Schaft Creek project. This puts the company in a strong position to extract maximum value from the asset.

"If Copper Fox want to sell the 25% interest in Schaft Creek , it must deliver to Teck the notice letter pursuant to the joint-venture agreement, setting out the terms of the offer. If Teck accepts the offer, there's no negotiating on the terms. If they decline, then Copper Fox has six months to find a partner to at least match the terms in the offer provided to Teck," explained Stewart.

Copper Fox's strategy is to acquire potentially large copper porphyry projects in North America, explore these projects, surface the value and then offer projects for sale - this is essentially, an advanced-stage project generator model. The plan to divest Schaft Creek is in line with the company's strategy to move projects along the development pipeline and sell prior to production.

"The strategy is to move the projects along to a point where you have a fair value established," said Stewart. "Our strategy uses the stage-gate approach to advance each project on an annual basis, focusing on the most advanced asset where the most value can be surfaced. 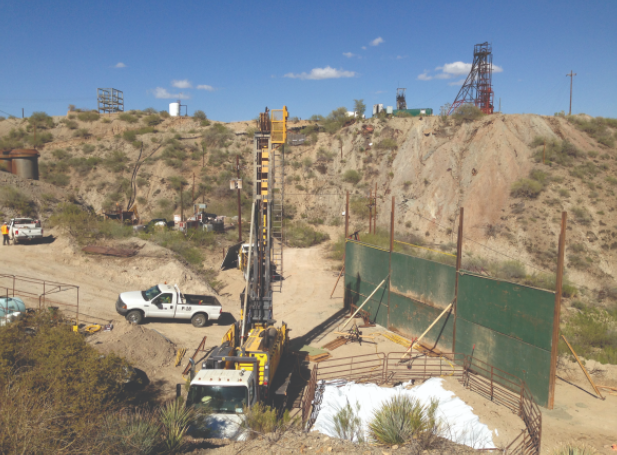 "If we dispose of one of the advanced stage assets, the other assets move along the value chain," he added.

Stewart joined Copper Fox as president and CEO in 2009 after the company had been through a period of financial difficulty.

At that time, Schaft Creek was Copper Fox's sole project, but Stewart quickly set about rectifying that situation.

In 2013 Copper Fox completed a feasibility study on the Schaft Creek project pursuant to the 2002 option agreement, which clarified the ownership of the project and led to formation of the Schaft Creek JV.

"At the same time, an opportunity came along: a junior was in financial difficulty and Copper Fox looked at them as a corporate takeover. We quickly backed away from that, but we did buy their Van Dyke and Sombrero Butte projects in the Laramide copper province in Arizona," said Stewart.

At Van Dyke, over the next several years, Copper Fox completed confirmation drilling, analytical analysis and metallurgical testwork leading to a maiden resource estimation in 2014 and a PEA in 2015. Additional technical studies were completed between 2016 and 2019 that led to an updated resource estimate in 2019 and completion of an updated PEA in 2020, showing a post-tax NPV of US$645 million and an IRR of 43.4% using an 7.5% discount rate, a 17-year mine life and US$3.15/lb copper price. The 2022 plans for the Van Dyke project are being developed and are expected to be announced shortly.

Copper Fox also owns the Sombrero Butte and Mineral Mountain projects; two early-stage copper porphyry exploration projects located within the Laramide age copper province of Arizona. Exploration to date has identified large copper "footprints" on both projects, and the company has recently completed high sensitivity, combined airborne magnetic and radiometric surveys on both properties. Results of these surveys are pending.

Rounding out the portfolio is Eaglehead, an advanced exploration-stage copper porphyry project in British Columbia, which the company purchased in April 2021.

Stewart said the experience dealing with Teck has given the company good insight into how to advance the Eaglehead project.

"I like the project because it's a poly-metallic system, has 120 mineralised drill holes, good preliminary metallurgical testwork results and a copper footprint that's 8km long, which is large. We've done a lot of work since we acquired it and we've changed the landscape in that project, I would say, at least 100%," said Stewart.

One of the company's key focuses this year is drilling at Eaglehead, which with positive results could lead to a possible resource statement in late 2022. Stewart is confident results will change the industry's perception of the project.

"If drilling is successful, then we will have a zone of mineralisation that's probably about 1.5-2km long. It's already been drilled to depth down to 400m and the width of the zone is probably in the order of 300m. Our current interpretation is that the zones of mineralisation exposed on surface and in drill holes represent the upper levels of a porphyry copper system," said Stewart.

Should the company prosper at Eaglehead and deliver a favourable exit from Schaft Creek, the next challenge will be finding another project to feed into the pipeline.

However, Stewart conceded the hype around copper coupled with the desire for projects in safe jurisdictions meant finding the right acquisition was far from straightforward. 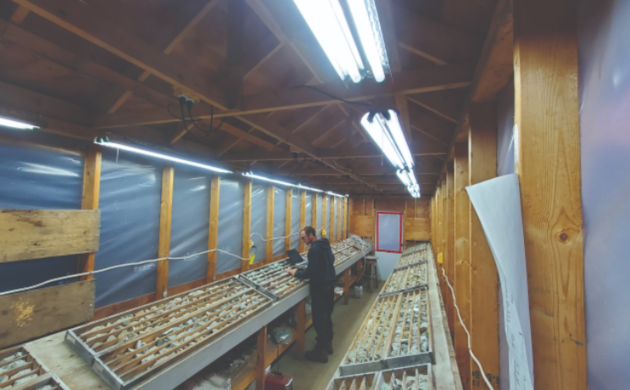 "Good projects with potential to host a large copper deposit are becoming harder to find, and even after acquiring the project the chances of success is low," he said.

While he is not prepared to venture beyond Canada and the US, Stewart is confident the strategy will pay off.

"We think both copper provinces, have huge potential to find a lot more copper," he said.

Finding the cash to move the company forward is not a pressing concern for Stewart.

Copper Fox has approximately US$2.5 million in 9c warrants and has the right to call those warrants at any time.

"The key is that the major holder of the warrants is the largest shareholder of the company and so if I call the warrants, I'm pretty comfortable that we'll have about $2.5 million flow into the treasury, which is more than enough for what we need for 2022 and probably early on in mid 2023," said Stewart.