London-listed Savannah Resources (LSE AIM:SAV) is expected to become one of the first major producers of conventional lithium in Europe through the development of its 100%-owned Barroso lithium project, in northern Portugal. 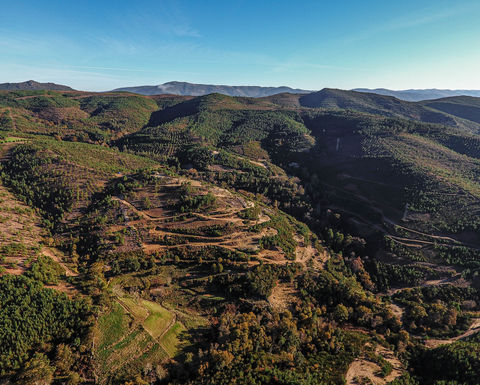 Looking east across the Grandao orebody

The company acquired 75% of the project, now its sole focus, in 2017 "to become a key player in Europe's new lithium value chain". It has been fully-owned since 2019. 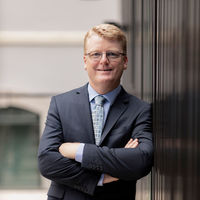 "We want the Barroso lithium project to be state-of-the-art, founded on responsible development and operation, and demonstrate best practice in our industry with a net-zero footprint," explained Savannah Resources' interim CEO Dale Ferguson.

Ferguson, previously Savannah's technical director, who has recently taken on the role following the stepping down of former CEO David Archer, went on to point out that the company is "committed to long term, responsible, lithium raw material production in Europe".

Lithium has been deemed critical by the USA, Australia and the EU during the last few years and its supply has become a real concern with a deficit anticipated in the industry in the short term.

"Lithium has become highly strategic," commented Ferguson. The forecast is for rocketing lithium demand and prices are being pushed up by the global shift to electric vehicles (EVs). Europe is eager to source its own raw materials to supply flourishing battery projects on the continent and reduce its dependency on China where most of the lithium chemicals are currently produced.

The Barroso Lithium project is located in northern Portugal, approximately 145km northeast of the City of Porto and the industrial port of Leixões.

Savannah Resources expects to start production in 2026. "We could probably operate at 1.5 million tonnes per annum to produce about 200,000tpa spodumene concentrate which contains enough lithium for approximately 500,000 vehicle battery packs per annum," reported Ferguson.

The Barroso deposit is believed to be the largest hard-rock spodumene lithium mineral resource in Western Europe. Based on this mineralogy and the shallow nature of the project's mineralisation, the company believes it "is the closest European analogue to the successful Australian hard-rock lithium projects, which produce highly sought-after spodumene lithium concentrates for international markets."

Savannah Resources published the first ever resource estimate on the deposit soon after it acquired the initial 75% stake in the project in May 2017. The company has since then completed over 31,000m of resource-focused drilling and rapidly delineated a JORC-compliant resource of 27Mt containing 285,900t of lithium oxide (Li2O) at an average grade of 1.06% Li2O - 707,000t lithium carbonate equivalent (LCE) - across five orebodies as of May 2019.

The company believes its resources are "sufficient to supply a material proportion of Europe's lithium demand over the coming decades." 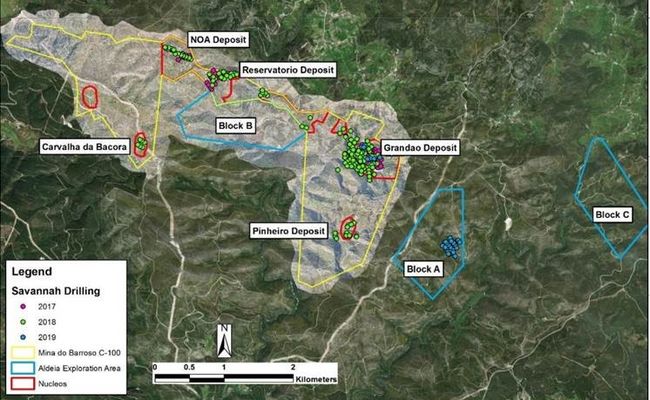 Since acquiring 100% ownership of the project in 2019, Savannah has expanded the footprint, adding the adjacent Aldeia lease (three blocks totalling 2.94km²) later in 2019 to the original granted C-100 lease (5.42km²), which underpins the Barroso lithium project. The mining lease is valid until 2036 and extendable for 20 years. Following a positive scoping study that outlined a conventional mine and concentrator operation, Savannah has been progressing with the development and licencing of the project.

At present the Portuguese authorities are making preparations for a new lithium exploration licence tendering process which Savannah believes will help to establish northern Portugal as a key lithium production hub for the EU-focused lithium battery supply chain.

Following a positive Scoping Study which outlined a conventional mine and concentrator operation, Savannah has been progressing with the development and licencing of the project.

However, to develop the Project further and move ahead with the definitive feasibility study, Savannah needs Portugal's environmental regulator to approve its environmental impact assessment (EIA) study on the project.

The project's EIA was initially lodged in the summer of 2020 and underwent a public consultation process in the summer of 2021. Government processes were delayed by the calling of a snap election last November with the new government not in office and fully operating until May 2022.

In July this year, Savannah received feedback from the regulator and agreed to the EIA review process entering an additional ‘Article 16' phase. Under this piece of legislation Savannah has up to six months to revise certain aspects of the Project and resubmit them for evaluation. The regulator then has up to 50 working days to conduct its review and issue its decision.

"We are committed to delivering an environmentally responsible and socially optimised project," said Ferguson, who went on to add: "We remain confident that we can gain environmental approval for the Project."

Under the timetable set by the legislation, an EIA decision point would be reached no later than March 2023. Assuming this is positive, Savannah expects to conclude its DFS within one year thereof, and is targeting commissioning in early 2026. This would fit well with the likely start up schedules of merchant lithium conversion plants in Europe.

"We want to sell concentrate to European customers. We are really keen on keeping the material in Portugal through a local process of value add which will draw further potential to Portugal and increase the opportunities for the country," stated Ferguson.

Savannah Resources' lithium will be used to produce lithium hydroxide which is necessary to make cathodes in lithium-ion batteries. The processing could potentially be done in Portugal as "at a national level, the discovery of lithium has already catalysed the announcement of two major lithium refining initiatives in the country - the Galp/Northvolt refinery at Setúbal and an alignment between Bondalti and Neometals", the company said.

The fact that the EU is keen to build energy independence with renewables is expected to boost interest in the project further. Last May, the European Commission launched the REPowerEU initiative: a plan to rapidly reduce Europe's dependence on Russian fossil fuels and fast-forward the green transition.

"Europe is already the second largest market for EVs. The plan is to cover its own requirements for cells and raw material as well. The latest proposal from the European Battery Alliance requires that up to 60% of European batteries are covered by raw material from the area. That's a massive challenge," reported Ferguson. 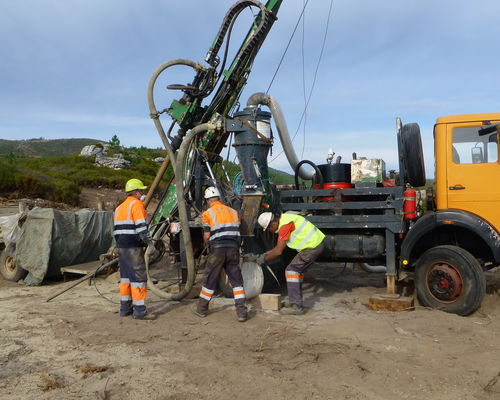 Savannah announced the initiation of a decarbonisation strategy for the project in March 2022. "Working with leading consultants and service providers in the field, Savannah is committed to moving towards reducing the Scope 1 and 2 emissions at the Barroso lithium project to net zero once in production and, ultimately, to a position of net zero life-of-project, and targeting the reduction of its Scope 3 emissions in collaboration with its future customers," the company said.

The pegmatite which contains the spodumene lithium veins at the project also contain quartz and feldspar which will be recovered as co-products from the processing to produce lithium concentrate.

"Our co-products will be supplied to the local ceramic markets, Spain and Portugal being major producers. It will be an extra source of revenue," mentioned Ferguson.