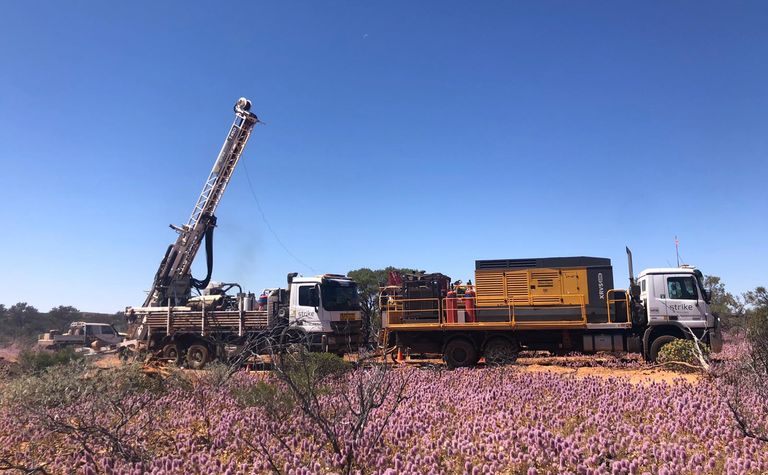 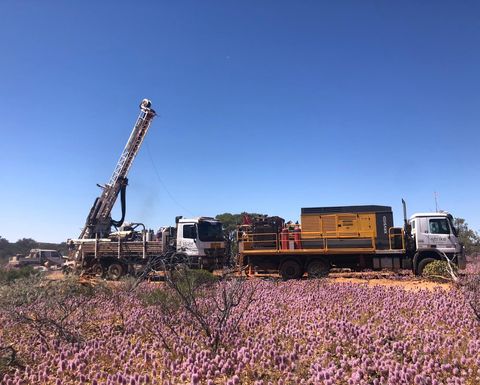 Over the last decade Australia has emerged as a leading contender to challenge China's dominance of the rare earth elements (REE) market. Thanks in no small part to the development of the Mount Weld mine in Western Australia, the country now accounts for nearly 8% of global production. Today, however, another highly prospective REE district is emerging in the Gascoyne region of Western Australia, 250 kilometres inland of the coastal town of Carnarvon.  Following the decision by Hastings to develop Yangibana and the discovery of the Mangaroon REE deposits, junior mining firms are adjusting their exploration plans to focus on these strategic elements.

In mid-2021 ASX-listed Kingfisher Mining conducted an airborne geophysics study at its Gascoyne project, 100 kilometres to the south of Yangibana. "At that stage we were still exploring for copper however we had such an unusual response in terms of electromagnetics that we decided to drill the anomaly," says James Farrell, Kingfisher's CEO. As they waited for the drill results to return from the laboratory, the geological team set to work mapping and sampling the area and identifying carbonatite rocks associated with rare earth elements. When the lab results came back in January, hole MWRC004 returned 12 metres at 1.12% total rare earth oxide (TREO). "That intersection was about the same width and grade as seen at Yangibana, with similar neodymium and praseodymium content" says Farrell. "This is a brand new discovery, with the same mineralisation style." Farrell and his team moved quickly to stake out the target structural corridor, which lies along a 54 kilometre strike. "We had the first mover advantage in the area and have taken up all the tenure we want. We're completely fenced in now," he says.

Farrell, an exploration and resource development geologist, previously worked at Millennium Minerals with Warren Hallam, a former managing director of Metals X, re-developer and operator of the Renison tin mine in Tasmania and a growing force in Australian gold through the demerger of Westgold. Hallam invited Farrell to take up the reigns at Kingfisher Mining in September 2020 and he's since turned his exploration nous from copper and gold towards rare earths and critical minerals.

In March, as soon as the temperature had dropped enough - which still means day temperatures of 45°C in the Gascoyne region of Western Australia - the Kingfisher team returned to the project. In early May they completed an 18 hole, 2,400 meter drill program. Seven of the holes were drilled at the MW2 site, home of the company's first discovery in the Gascoyne, while the remainder were focused on other priority targets. One of those is Kingfisher, hitherto a copper project on the eastern extreme of the land package, which had previously shown traces of barium and strontium, which are indicator elements associated with rare earth mineralisation.

"Going forward, we're coming at the Gascoyne project from both directions," says Farrell. "That means working in from the tenement extents with regional scale airborne geophysics to define new target areas and working out from our existing discoveries with mapping and sampling.  Additional drilling is planned for later in the year on the back of our increasing geological knowledge." As such Kingfisher's geologists have been pacing the wider territory, with the goal of defining and mapping the outcropping mineralisation to develop additional drill targets. Further carbonatite intrusions have been discovered on the eastern section of the land package and Kingfisher will begin new airborne magnetic and radiometric surveys to cover the remaining half of the titled area not already covered by historical airborne surveys. Farrell describes the terrain as "cattle country," a vast and rocky terrain populated by a few cattle stations with access via station tracks. The geological team have been overlanding across the terrain, at times carrying 20 kilograms of rock samples in their backpacks over several kilometres.

There is a huge reward for the sweat and graft, however, with all major studies forecasting major growth in demand in the coming years. "We've known that these elements are critical for fundamental technologies from wind turbines to electronic vehicles for some time, but now we're in a position where the demand is so high that they will be needed regardless of what happens in the broader economy," says Farrell, "there's a real fizz in the market."

Crucially, the importance of these elements to national industry and security has been recognised by western governments. Even before the Russian invasion of Ukraine, the US, Australia and others had shown a commitment to developing security of supply for REEs, 60% of which are produced in China. In February Hastings Technology Metals announced it would receive a A$140 million loan from the state-run Northern Australia Infrastructure Facility (NAIF) towards its total $300-400 million funding requirement for building out Yangibana. In April, the Critical Minerals Facility, managed by Export Finance Australia, announced it would provide a A$1.2 billion loan to Iluka Resources to build a REE refinery in Western Australia. At present all rare earth finishing is done in Asia. The Eneabba refinery will serve to process elements from deposits across Australia, with the goal of lowering costs and reducing risks for projects to come to market.

The strong demand for REE is not only attracting capital but also smoothing over some of the licensing and bureaucratic hurdles that have traditionally hindered projects. "It has taken some Australian rare earth projects more than 30 years to move from discovery to construction and onto production," says Farrell. "I don't think the landscape looks like that any longer. What we're seeing today is the result of a real effort from US and Australian governments to break the monopoly that China holds over rare earths."

That strong government messaging bodes well for the development of projects such as Hastings Technology Minerals and Dreadnought Resources, owners of Mangaroon, but also for early stage exploration companies such as Kingfisher. But while Hastings and Dreadnought have market caps of A$480 million and A$114 million respectively, Kingfisher's remains under A$15 million.

That value includes the company's other project, a copper gold project called Boolaloo in the Ashburton Mineral Field in Western Australia, originally considered Kingfisher's flagship project. With a total tenement package of over 700 square kilometres, the Green Hills prospect has been the target of RC drilling, following a major airborne electromagnetic survey completed in mid-2021. Amongst the RC drill results were 12 metres at 0.7% copper along with a diamond drill result of 10 metres containing 0.5% copper at Copper Strike. . "We took the same strategy at Boolaloo as we did at Gascoyne, taking up over thirty kilometres of strike length on the target structure," says Farrell. "That's a good size for a company of our scale, however that project has taken a back seat for now given the excitement over the potential in the Gascoyne."

So far Kingfisher has remained very tightly held with a small market cap, but the success of the projects 100 kilometres north, combined with the upcoming drill results could soon see that change. "We're fully funded beyond the end of the first quarter 2023 and are focused on delivering value for our shareholders from exciting exploration results," says Farrell. "At the moment from everything we've seen at the project, the potential is amazing." 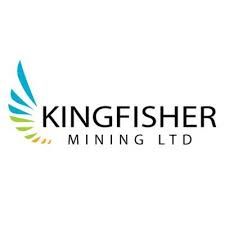