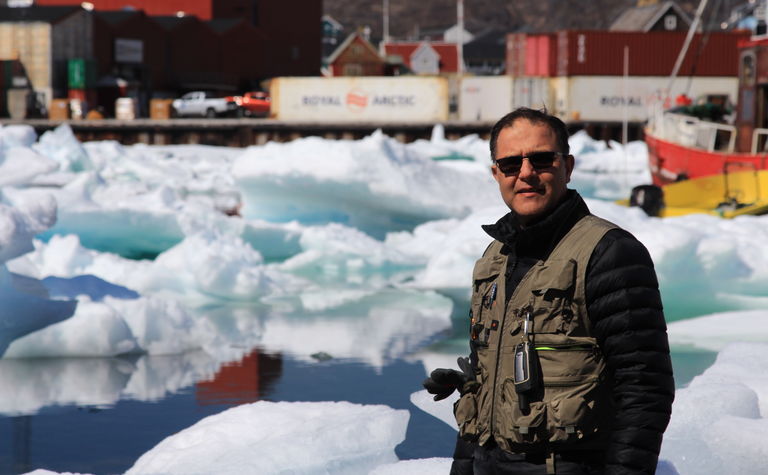 The Ivittuut mine in Greenland has long been a strategic asset. It is the world's only source of mined cryolite - a flux used in the aluminum refining process. During the Second World War, US forces occupied the site to secure their own supply of this mineral that was crucial to the production of military aircraft. Now the mine's new owners, Australian firm Eclipse Metals, believe it could become a new source of rare earth elements (REE) at a time when Western governments are looking to develop critical mineral projects in friendly nations.

"Greenland hosts up to a quarter of the world's rare earth mineralization," says Carl Popal, Eclipse Metal's Executive Chairman. "Our project is located in the south of the country, close to the sea in the warmest part [of Greenland], in an area with 130 years of mining history. For investors looking for strategic minerals opportunities in Tier One jurisdictions, I think our presence in Greenland places us at the top."  Additionally, Eclipse recovered archived GEUS (Geological Survey of Denmark and Greenland) geological research documents on the Grønnedal area. "We realized there was a massive potential for rare earths that had never been focused on," he says.

In 2021 Eclipse took control of the mining license covering Ivittuut. The previous owners had operated a small quartz extraction operation but Eclipse recognized that the project needed to be developed by a public company in order to secure the capital needed to realize its true potential. The mineral exploration license also covers the Grønnedal carbonatite prospect, 10 kilometers to the east of Ivittuut. When Popal arrived at on site during a recent visit, he noted evidence of the hilltop gun battlements, in the nearby town of Arsuk, that had defended the site from the Nazis. 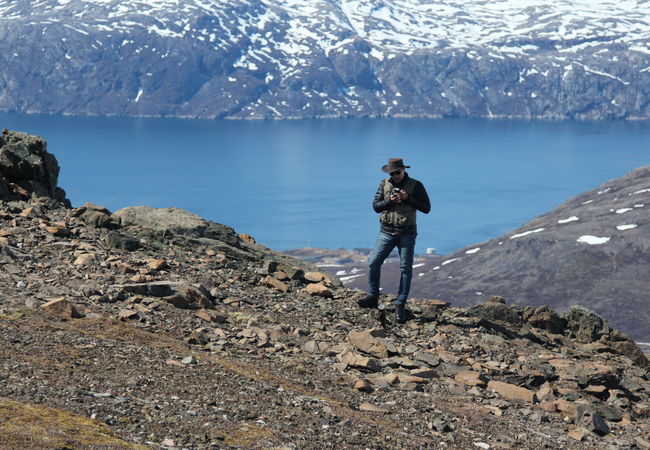 At the Grønnedal site there are magnetite outcrops with several hundreds of meters of historic drilling data. "I saw the historical drill holes from the 1940s, when they were focusing on the outcrops and really only exploring for iron ore," says Popal. "They never assayed for rare earths at the time. We split that core and assayed and found great potential for REE. As we do more surface sampling, we're finding that mineralization is widespread."

Grønnedal has a complex geology with multiple fractures and faults giving rise to different rock types throughout the licensed area. At some points the REE Europium levels are up to five times higher than in other known REE projects around the world and strong levels of Dy, Pr and Nd have also been identified.

At Ivittut the Eclipse Metals team has benefitted from the experience of REE expert and respected Professor at St Andrews University (Scotland), Adrian Finch. Having visited the mine, Professor Finch will be leading a PhD research program focusing on the impact of hydrothermal fluids on the movement of elements in and out of critical metal deposits. The program will help academics and company geologists alike gain a greater understanding of the deposit; initial results have indicated REE potential at Ivittuut.

"It's a completely different mineralization to Grønnedal, which contains more heavy rare earths," says Popal. The REE mineralization is also found mainly to the side of the current open-pit as a result of the forces that created the cryolite formation. The geologists' best theory is that the cryolite was pumped upwards from the centre of the earth through a cylinder of granitice greisen. The current open pit has focused on that greisen, but the heat and fluids at the edges of the greisen created the condition for the deposition of REE.

Eclipse Metals intend to develop the Ivittut mine in two ways. "At the sides of the pit we are looking at the potential of rare earths, but within the pit we're looking at the viability to extract the quartz," says Popal, "that's the low hanging fruit for us." That quartz body is estimated at 5.8 million tonnes and lies under a layer of siderite and fluorite that formed the base of the cryolite deposit above. High silica grade quartz is used in photovoltaic products and semiconductors and demand is expected to grow at a CAGR of 6.9% between 2020 and 2030. The next step for the company, and the focus of the second half of 2022, is to move towards a mining license from the Greenland government and to begin work on an environmental impact assessment.

Greenland has forbidden the mining of uranium in its territory, but the huge territory is recognized by many foreign companies and the local government as having vast potential in other minerals. During the May 2022 Future Greenland Conference, Popal says he was pleased to see stakeholders from the government, military and civil society discussing mining. "We've had a very positive response from members of parliament," he says, "many of them have been very supportive of the Ivittuut project because it has no uranium content, it has a long history of mining and does not negatively impact and nearby towns or villages."

The project also has significant infrastructure. The roads that originally served the mine are still in good condition, Greenland benefits from cheap hydropower and the site contains a wharf, which could be used initially to export quartz products by sea.

Concurrently, the company will seek a better understanding of the Grønnedal deposit. Eclipse have engaged a drilling contractor, set to begin percussion drilling of the carbonatite and related structures in mid-July when the snow cover has receded. "We know that there is widespread REE mineralization at and near surface level, now it's time for us to test below the surface and get an understanding of the chemistry and geology at depth," says Popal.

The Greenland license has quickly become a flagship project for Eclipse given a rising demand for critical minerals which can be soured outside Russia and China. Eclipse Metals also has projects in Australia, where it holds licenses with uranium in Northern Territory and a manganese project in Queensland.

"We've seen the US aggressively seeking potential avenues to secure strategic minerals recently, and both they and Canada understand the strategic importance of Greenland," he says. "We're still in the early stages, but with the help of St Andrews and Oslo Universities we should have a better understanding of the resource by the end of this season. It would be a huge leap for us to start negotiating with the big players in the US, but we are investigating the appropriate avenues."

Any experience - both in terms of geology and government relations - gained along the way will help Eclipse position itself in one of the world's frontier mining jurisdictions. "Overall, I think Greenland has a huge potential; there are many deposits near surface that are now becoming visible due to the melting of the surface ice. It's heaven for geologists," says Popal. "Moving forward, understanding the Greenlandic culture, working with the government and the people of Greenland, that's our priority. We want them to see that we are the right people to develop an important strategic asset for their country."