GASCOYNE Resources Ltd (ASX: GCY) is a gold mining and exploration company in Western Australia that has the Dalgaranga gold project in the Murchison region as its flagship asset. 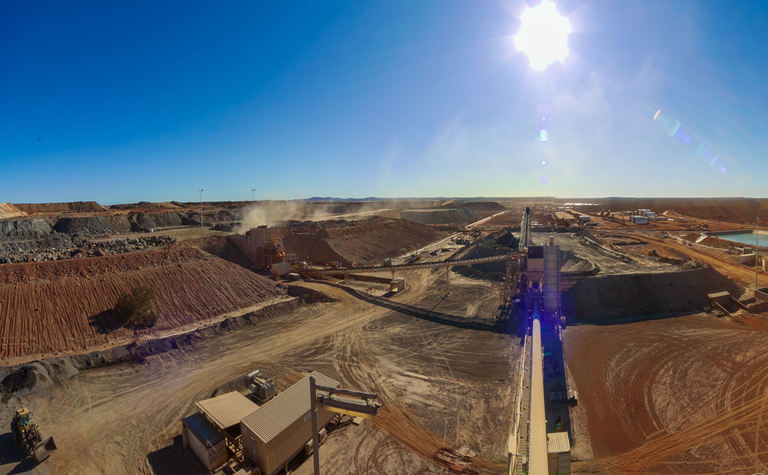 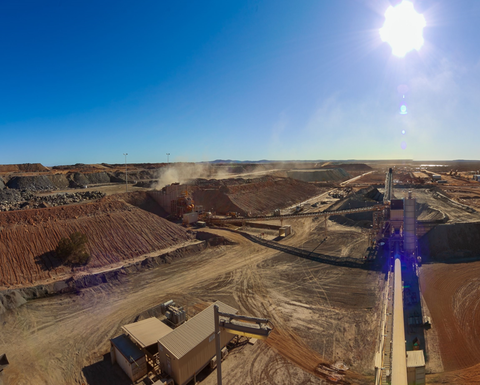 Located about 65km northwest of Mt Magnet in this tier-one jurisdiction, the mine produced more than 80,000 ounces of gold in calendar year 2020 and Gascoyne is aiming to grow through its extensive pipeline of organic and inorganic opportunities, capitalising on the strategic regional location of its robust four-year-old processing plant.

Managing director Simon Lawson summarises this philosophy in three words - optimise, maximise, grow ­- and he has applied this ethos relentlessly since taking the top job at Gascoyne nine months ago.

In the Australian mining space, Gascoyne has become known as an "old name with a new team". And it is this team that Lawson constantly refers to in a conversation with ResourceStocks.

Lawson has had the opportunity of working within three of Australia's greatest mining success stories - Jubilee Mines, Silver Lake Resources and Northern Star - and, although unspoken, it is quite clear that he intends to apply the same strong work ethic and intensity that underpinned the success of those companies in the continued development of Gascoyne Resources.

New Zealand-born Lawson's working life in Australia has been devoted to working on narrow-veined structural deposits, initially within Jubilee Mines for Kerry Harmanis. After just over two years with Jubilee, the company was snapped up for $3.1 billion by Xstrata, which fended off an approach from BHP Billiton.

"Through that experience, I saw the power of having a leader who could draw people around them and do great things. I thought it was really insane that you could create so much value with the right assets and the right team," Lawson said.

Lawson went on to work for Xstrata for a short while after the takeover, but found that being part of a big company was not what he wanted. 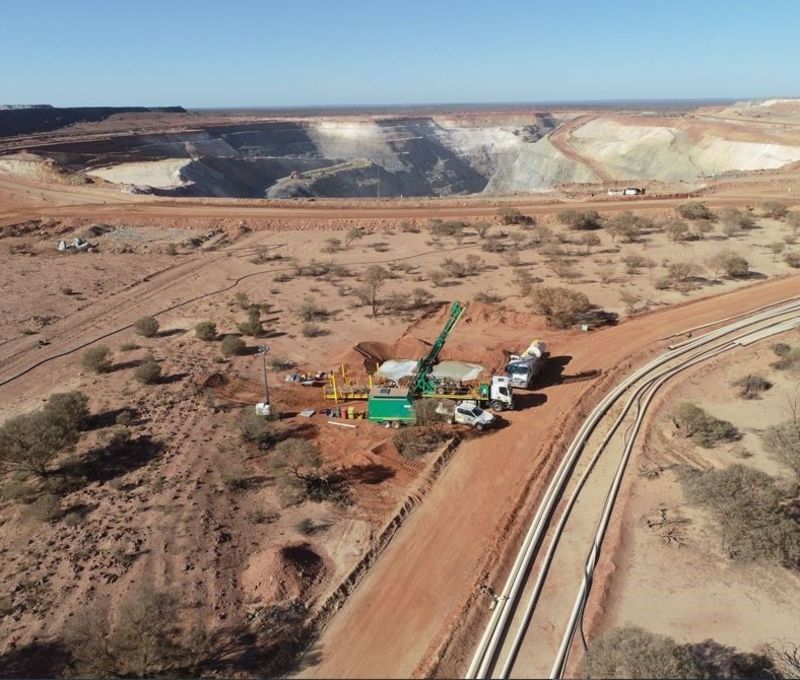 Exploration taking place at Gilbey's North, with the Dalgaranga pit in the background

An opportunity then emerged at the newly founded Silver Lake Resources, and he knew its then managing director, Les Davis, quite well.

"This was another lesson - that you could take something very small and turn it into something big. We took our first mine, Daisy Milano, from 270,000oz of gold when we purchased it to 670,000oz in 12 months. This was through drilling and geological belief, combined with the support of an aggressive board that was extremely agile. Silver Lake's share price went from 10c to something like $1.20 in a short space of time."

In the light of the Silver Lake experience, Northern Star's head of geology and business development, Bernie Sostak, invited Lawson to develop the resource at the newly-acquired Paulsens gold mine in late 2010 and 2011. "I met MD Bill Beament, who said to me: ‘Are you the guy? We have built you a drill drive, we have very limited cash and we are still giving you a drill rig. If you blow it and we don't find anything, then we are all going home.' I replied: ‘Cool, no pressure then?'!"

Lawson has nothing but praise for everyone at Northern Star, which over five years became a multi-billion-dollar company.

He subsequently worked with great success at Western Australia's Plutonic gold mine, after selling its merits to TSX-listed Superior Gold, joining that company as its chief geologist and turning the operation into a profitable venture from the first month of ownership.

Following that, he took a six-month break to spend time with his family before deciding to turn his hand to exploration work. This took him to Marindi Metals in a new role as managing director, a company Lawson later successfully rebadged as Firefly and which acquired the Yalgoo gold project in early 2020.

Thanks to his work at Firefly and Yalgoo, Lawson was approached by Gascoyne and, in mid-2021, the companies merged through a scheme of arrangement. Lawson was subsequently offered the job of managing director of Gascoyne in November 2021 once the merger was completed.

For Lawson, two boxes at Gascoyne had been ticked: it had both the assets and the cash to do great things. However, the big hurdle was to win over the existing team at the company.

He arranged a charter flight on a Sunday and took members of the board along to Dalgaranga.

"We got everyone from the mine, the mill, the stores, the workshops, the camp, geology and admin to get together in the shift room where I told them I would be asking what each department needed and how they believed we could all do things better," Lawson said.

While great effort was put into visiting each work area to determine the needs and wish lists, the drills started hammering. Within a short space of time, Gilbey's North - a most unlikely target - was discovered with a hit of 23m at 3.8 grams per tonne of gold.

The icing on the cake was that Gilbey's North was situated only 100m from the Dalgaranga pit and less than 1km from the process plant.

At the time of writing, work was underway on a maiden resource estimate - due for release in August - for Gilbey's North. However, indications from the drilling so far are that it is clearly emerging as a likely new source of higher-grade mill feed - with permitting and mine planning activities already underway.

Two rigs were assigned to it to define an open pit, and then went on beneath the shallow material and discovered the deposit was mineralised down to 250m.

"As we drilled deeper, we started getting some ridiculously good intercepts and we put out our first announcement about it in February this year. We are still trying to understand what the mineralisation at Gilbey's North is doing," Lawson said. 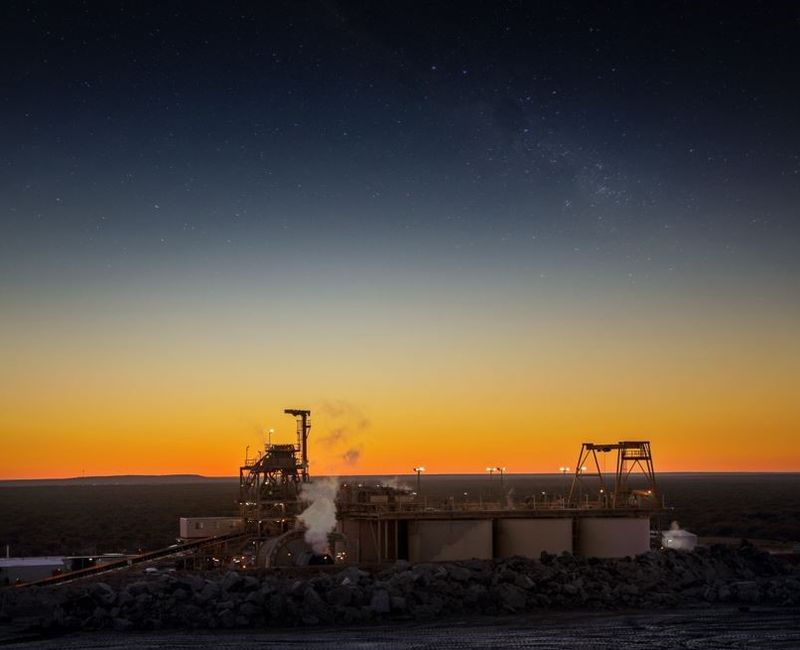 "Gascoyne is now working towards a maiden resource at the deposit by doing 12.5m by 12.5m drill spacings to 50m deep, as well as drilling northwards in search of extensions to the mineralisation.

"The kind of grade we are getting in this mineralisation has never been seen at Dalgaranga before. In the chips there is a lot higher silica content and higher cerussite alteration intensity, and all these are technical indicators for a structural system, and we have never found a structural system here before.

While Gilbey's North naturally attracts substantial attention right now, Lawson said there is a lot more ore at Gilbey's East, and Gascoyne has been expanding the mine footprint from simply drilling within the pit.

"We did 50 holes off the eastern ramp and each hole hit grades over 2g/t Au. Never write it off until you have put a hole in it," he said, adding that Gascoyne is on a relentless mission to find more near-mine ounces.

Lawson said that there is no capacity to toll treat for others at the mill right now, but if an opportunity came along, it would be evaluated. "Cheaper ounces are always better ounces," Lawson said.

And with a market cap of around $100 million and $30 million in the bank, the North Gilbey's discovery could be the catalyst for a step-change for Gascoyne Resources.

Gascoyne focused on the future