The Grosso Group made its name through the discovery of some of Argentina’s biggest silver, uranium and gold deposits. Their latest venture, Argentina Lithium & Energy targets the key battery metal. 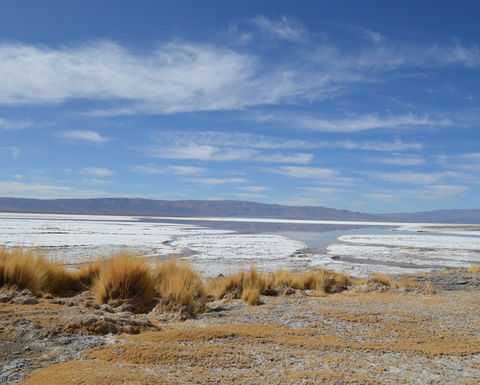 When the Covid-19 pandemic shut down the global economy in 2020, Grosso Group spied opportunity among the uncertainty. The Vancouver-based firm moved swiftly to acquire nearly 60,000ha of concessions in the salt flats of northern Argentina. The resulting company, Argentina Lithium & Energy, offers investors exposure to an exploration play in an established lithium basin led by a management team with vast in-country experience and a history of major discoveries. 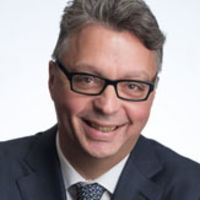 "Argentina experienced a severe lockdown, nobody could buy or sell properties and there was very little competition for projects," said Nikolaos Cacos, director for Grosso Group and Argentina Lithium & Energy's president and CEO. "With the wonders of Zoom technology and our in-country presence of our talented team, we were able to identify and acquire a portfolio of projects in an attractive salar with established resources. Argentina is underexplored and one of the best places in the world to make significant discoveries."

The company's flagship project is Rincon West, close to the border with Chile and Bolivia and at the heart of the Lithium Triangle, the region that is home to around half of the world's lithium reserves. In July 2021 an adjacent project developed by Rincon Mining published a resource estimate of 5.8Mt of measured and indicated lithium carbonate equivalent and a further 6Mt of inferred resources. Eight months later the project was acquired by Rio Tinto for $825 million. On the eastern side of the salar, Argosy Minerals, which holds a similar sized land package to Argentina Lithium & Energy, is advancing its own 245,000t project towards production. The Australian company doubled its share price over the course of 2022, reaching a market capitalisation of A$800 million.

With its own market cap hovering around $25 million, the management of Argentina Lithium & Energy believes it is well placed to follow the path taken by Argosy. Under Miles Rideout, the experienced, Argentina-based vice president of exploration, the company completed Transient Electromagnetic surveys over two thirds of the Rincon West project, identifying targets for its first five-hold drill programme on the project. Results from four of those holes had come in by early November.

"What's interesting is that the results, both in terms of grades and intersections, are very much along the lines of those published by Rio Tinto and Argosy Minerals," Cacos noted. "We're working quickly towards publishing of maiden resource in April or May of 2023 and we're targeting an ultimate resource equal to, or larger than, the one registered by Argosy."

The rapid advancement of direct lithium extraction technology has revolutionised the industry, bypassing the need for time-consuming evaporation processes and making it possible to extract lithium from deposits of around 90 milligrams per litre. Grades from the second drill hole at the Rincon West project registered from 337 to 367mg/L. Rio Tinto plans to use direct lithium extraction at its Rincon project. "We're looking to mimic that," Cacos said. "The new technology makes medium grade deposits from 300 to 380mg/L very profitable and allow them to move to production much quicker than in the past." There are no significant infrastructure hurdles to overcome. Rincon West and the company's other assets are all accessible by road and lie in close proximity to a rail line that leads to a deep-sea port on the Chilean coast. Argentina Lithium & Energy's second project, Antofalla North, is on a different salar, 100km to the south of Rincon West. US firm Albemarle, the world's largest lithium producer, has a project it says is one of the largest deposits in Argentina, although the private company has not published a public resource estimate. With 10,050ha of land claimed or under option, Argentina Lithium & Energy's land package at Antofalla North is three times that of Rincon West and a drill programme of up to six holes is set to begin in 2023.

Argentina Lithium & Energy also owns two early-stage exploration projects, Pocitos and Incahuasi, with over 40,000ha of land under claim in two exciting but as-yet-unestablished salars. "Because we have a much larger land position at Antofalla North, we expect this project could have even more potential than Rincon West," Cacos said. "Pocitos and Incahuasi are more risky right now, in the sense that there are no established players nearby, but we'll focus our efforts on them after we have pushed forward Rincon West, which represents the best chance of a quick return for our investors."

The Grosso Group has a long history of doing just that. The company has been present in the Argentine mining industry since 1993, developing a strong local network and fostering an understanding of the country's often turbulent political and business climate. The company has made a number of significant discoveries in the country during that time but four stand out. Two silver-lead discoveries, Chinchillas and Navidad, became producing mines following their acquisition by SSR Mining and Pan American Silver respectively. The Gualcamayo gold project was bought by Yamana and is now owned by Mineros SA. The Amarillo Grande uranium deposit, meanwhile, is being developed by Blue Sky Uranium, another Grosso Group company. It's an impressive return from a country that has been off the radar for many mining investors. "Argentina is the world's eighth largest country by landmass and has seen almost no exploration, while Chile, a sliver of land, has built a highly developed mining industry," Cacos said. "The Grosso Group recognised the huge opportunity for discoveries and has built up a track record of major successes over the last 30 years. We recognise the huge potential of the lithium industry and, given the opportunities inherent in Argentina, we're well on the way to adding a lithium discovery to our roster of successes."

In November 2022, the company announced a C$6 million private placement, which will fully fund its exploration throughout 2023. According to Cacos, retail investors have shown strong interest in the financing and the company has received inquiries from institutional investors looking to acquire more sizeable positions. With the Chinese government targeting electric vehicles to make up 40% of sales by 2030, as well as a popular push towards electrification in western countries, Cacos expects the current surge in lithium prices to remain strong, where previous booms had petered out. If Argentina Lithium & Energy can find a resource and move the market cap to the $500 million or more mark it would mark a natural exit point, he said.

"The Grosso Group companies are excellent explorers, we've been able to demonstrate that by making truly world class deploy discoveries," he said. "Lithium is the new oil and just as many millionaires were made from the Alberta and Texas oilpatches, the same thing is happening now in Argentina."