With a new Chairman, increased management shareholding and a potential funding and offtake agreement with Anglo American, Alien Metals is targeting having the first shipments leave its Hancock project in 2023. 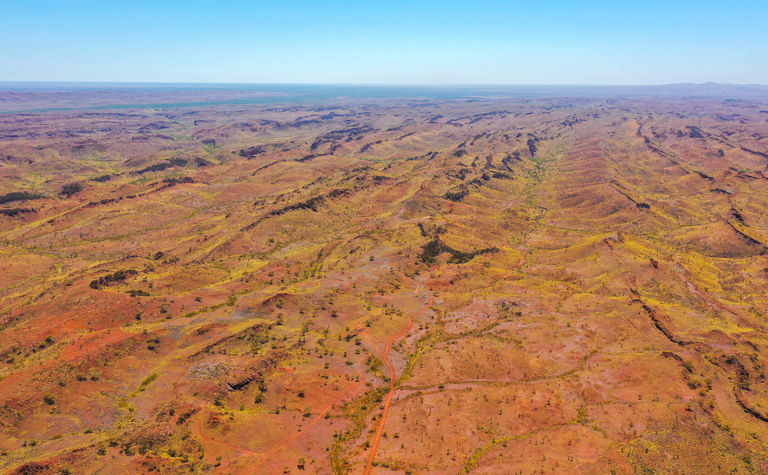 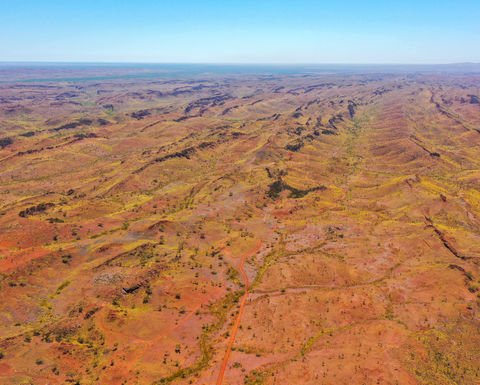 The Pilbara region of Western Australia is widely recognised as one of, if not the top, mining jurisdiction in the world, boasting excellent infrastructure, local expertise, geopolitical security and the right geology. Under the eclectic ticker UFO, Alien Metals Ltd (AIM: UFO) has successfully executed an acquisition-based strategy to reduce dependency on its original silver projects in Mexico, to a portfolio of high-grade Iron Ore near term production assets, PGMs and Silver. The Hancock Iron Ore Project, the most advanced project in this pipeline, will play a defining role as the Company moves from explorer, to developer, to producer in the next 6-12 months. 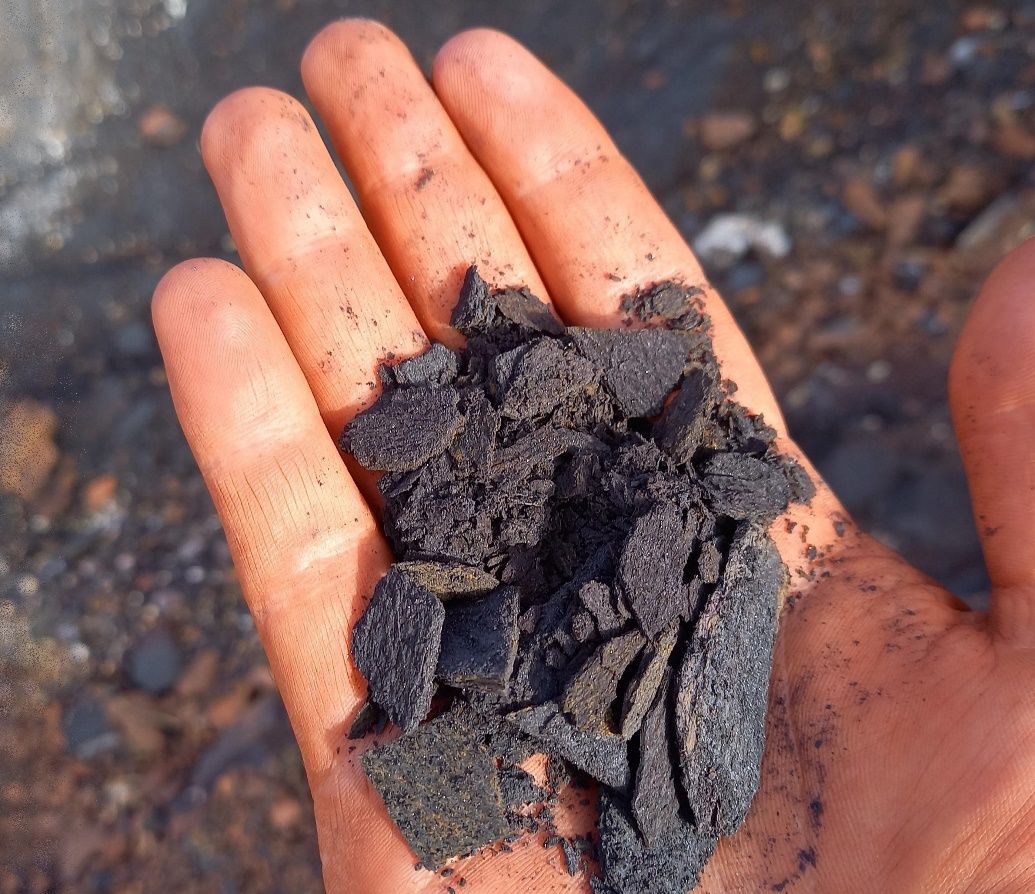 Through its wholly owned subsidiary, the Iron Ore Company of Australia (‘IOCA'), Alien currently owns 90% of the Hancock and Brockman tenements in the East Pilbara, Hamersley ranges. The project areas contain a maiden JORC compliant Resource of 10.4Mt @ 60.4% Fe, spanning 3 deposits, allowing for 8 years of mine life however the scope to increase this beyond 30 years is clear as iron ridges extend along a total strike length of more than 80kms combined. In August 2022 IOCA granted Anglo American an exclusive right to negotiate and agree terms for up to US$15 million in funding and 100% of take or pay offtake for the Hancock development, including US$10,000,000 in an Advanced Payment Facility, 100% Offtake for Sinter Fines and Lump from the Hancock Project and Offtake terms to include vessel prepayments for up to US$5,000,000 for the first 12 months. 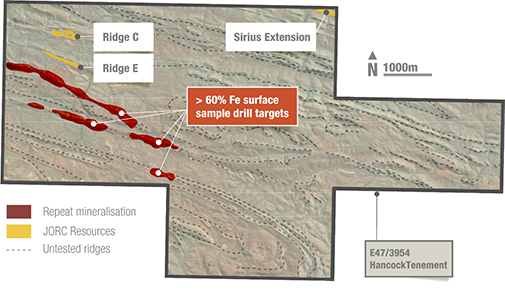 An initial Scoping Study of the Hancock tenement demonstrated that the asset has excellent project economics and could be advanced easily, with minimal capital investment and a fully engaged, third party, fixed price contractor to support production once all necessary permitting is granted in the next few months. Exceptionally low strip ratios and the use of a single contractor for construction, mining and transport, results in pre-production capital requirements expected to be ultimately less than US$20m, whilst an assumed mining rate of 1.25Mtpa results in operating costs of less than US$60/t FOB. Key to this is the Direct Shipping Ore grade of the deposits which removes downstream processing once extracted from the ground and once combined with a pre-established transport route to the Port Hedland Utah Point multiuser port facility. As a result, unlike many other projects of its scale, production at Hancock can commence profitably even at lower iron ore prices with minimal capital outlay in a relatively short timeframe.

In recent months, Alien made further progress on the Hancock Project by: confirming the high quality of its product with an initial bulk sample of 62.7% from ridge C, the acquisition of tenement E47/3752 giving it direct access to the Northern Highway (the only project in the local area with access), The appointment of Troy Whittaker as CEO of IOCA and the execution of a MOU with Element 25 for an initial 600,000t bunker allocation at Utah Point. As a result of this recent progress Alien Metals are targeting being shovel ready in late Q2 2023. In addition, the expansion of the project to 1.8mt is planned in due course once it finalises a further 1.2mtpa of additional export capacity through the same facility in Q2 next year.

The Company's Brockman and newly acquired Vivash Gorge tenements, sit to the west of Hancock, surrounded by other iron ore deposits owned by industry leaders such as Rio Tinto, BHP and FMG, and are yet to be drilled. Drilling is thus planned to commence in 2023 after initial sampling returned DSO grade results as high as 65.4% Fe with low impurities. These projects therefore provide huge strategic upside potential to the IOCA portfolio to accompany the more certain nature of the Hancock project.

In addition to IOCAs portfolio, Alien Metals has 100% ownership of the Munni Munni PGM project and the Elizabeth Hill historic silver mine, which combined give Alien great exposure to the precious metals space. This is the first time in 30 years that the two separate projects, located close to the Radio Hill processing plant, have been consolidated into a single coherent tenement under complete ownership by a single company. This means that for the first time the true geological and mineralisation potential of the entire project area can be assessed. 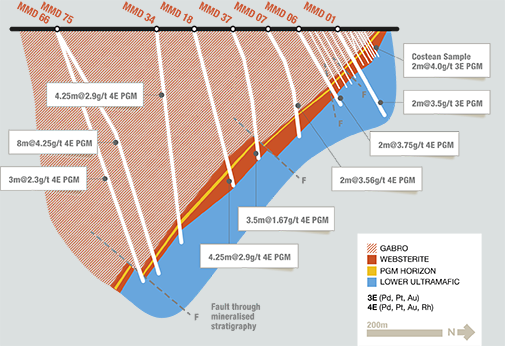 The Munni Munni PGM project, acquired by Alien earlier in the year, is one of the largest undeveloped PGM resources in Australia. The project has an existing non-compliant JORC 2004 resource of 24Mt @ 2.9g/t Platinum Group Elements and gold for 1.14Moz Pd, 0.83Moz Pt, 152Koz Au and 76Koz Rh, along with many notable base metal credits such as Ni and Cu. The majority of previous work and all of the drilling has focused on one of the two PGE reefs that run through the tenement, both of which are intersected by the Munni Munni fault. This means that despite the already sizeable historic resource, there is huge potential for further resource expansion, particularly when its proximity to other confirmed resources such as the Whundo 3.6Mt at 1.2% Cu and 1.4% Zn, is considered. As a result, the project has potential to become a sizeable multi-commodity resource.

Elizabeth Hill, Alien's last but not least project of focus is historically one of Australia's highest grade silver mines and produced over one million ounces at an average of 2,195 g/t Ag (70.24 Oz/t Ag) in its single year of operation, from an initial resource of just over four million ounces. Despite its short operational lifetime, it is also credited with the discovery of the 145kg Queen Karratha nugget, Australia's largest ever silver nugget (now held in the Perth mint). Mining ceased with a single day's notice in 2000 due to a depressed silver price and a fall out between the JV partners East Coast Minerals and Legend Mining hence the remaining considerable untapped resource. 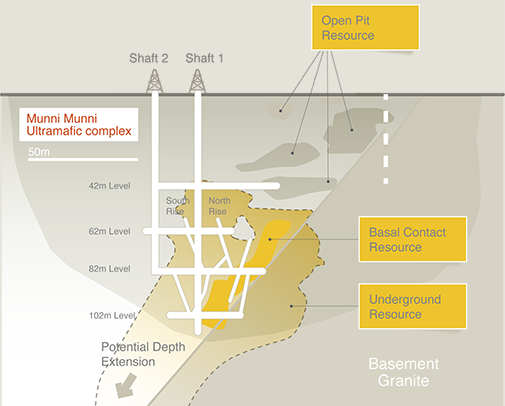 Initial drilling by Alien has returned Bonanza grade silver and one of the highest silver intercepts globally 9.7m @ 8326g/t. Company reinterpretation of historical information suggest that the mineralised envelope could be considerably larger and higher grade than previously thought, with the Nickel, Copper, Cobalt and Zinc halo around the silver ore body having never been properly tested. With infrastructure in place now to reopen the old mine shaft Alien will shortly start working to get the mine dewatered in the hope of proving the miners' stories, of glistening walls and thick pure silver veins.

Alien Metals is an exploration and mining project developer company focusing on precious and base metal commodities, with key DSO Iron Ore, PGM and Silver assets in Australia and Mexico.

Alien Metals is an exploration and mining project developer company focusing on precious and base metal commodities, with key DSO Iron Ore, PGM and Silver assets in Australia and Mexico.