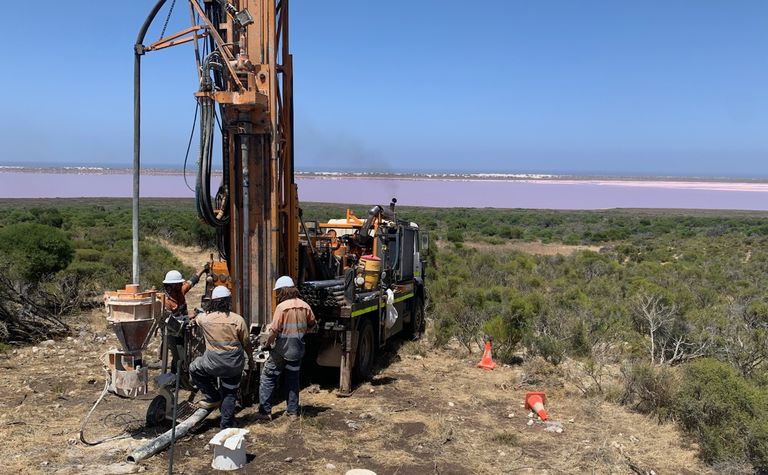 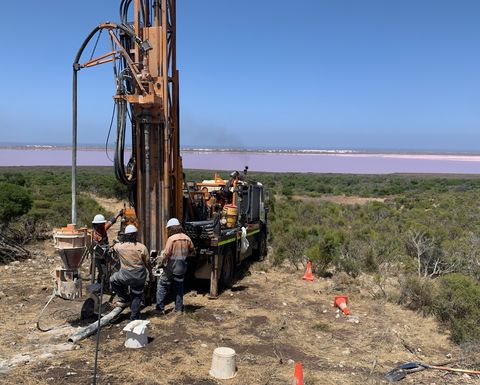 The company hasn't let the dust settle since listing 15 months ago, with potential production slated for late 2025 at its Port Gregory garnet and ilmenite project in Western Australia and a mining application pending for its upsized Inhambane mineral sands resource in Mozambique.

Non-executive chairman Adam Schofield was first drawn to the opportunity of these industrial mineral assets inspired by the generational nature of similar projects, such as GMA's 40-50 year life of mine garnet project at Port Gregory and Kenmare Resources' 100 year plus life of mine Moma mineral sands operation in Mozambique.

They are joined on the board by Wayne Richards, who has fulfilled senior executive roles over the past 35 years with companies including BHP Billiton, and brings extensive mining, mineral processing and strategic financing expertise.

As chairman, Schofield is well placed to lead Heavy Minerals, drawing on his strong connection to both Western Australia and Africa and his significant experience in taking projects from exploration to feasibility and ultimately operations.

Under his leadership, Heavy Minerals will move quickly to advance both the garnet and the mineral sands projects with these industrial products being in high demand globally.

Focus on garnet in Western Australia

Port Gregory has been a major focus for the company since listing with the project rapidly moving towards potential development in this Almandine garnet mining hotspot.

Within six months of listing, Heavy Minerals had drilled and defined a substantial resource at its Port Gregory project and within 12 months had completed a positive scoping study with excellent results. The company's recently completed Port Gregory scoping study has pointed to an initial 16-year mine life with low capex of A$110 million, an after-tax internal rate of return of 33% and a net present value of $253 million (8% discount).

Schofield believes there is plenty of room for growth with the company's current market capitalisation below $10 million, the resource expansion programme currently underway at Port Gregory and the company's soon to be drilled garnet discovery at its Red Hill project 37km to the south.

Heavy Minerals had already exceeded its exploration target (at listing) of 3.5-4.5 million tonnes in the maiden resource announced in May, unveiling 135 million tonnes at 4% THM, containing 4.9 million tonnes of garnet, said to be equivalent to five years of global supply.

"We're anticipating being able to increase the resource at Port Gregory because we're drilling on existing open extensions that we are aware of," Schofield told RESOURCEStocks.

"With GMA's grades declining over time, we have the potential to be one of the top three largest garnet resources in the world."

Schofield believes Red Hill has the potential to be as big as Port Gregory, given the grades reported to date.

The Port Gregory resource upgrade is expected in the first quarter of the new year and Schofield said the obvious impact would be a corresponding increase in the net present value of the project.

"Looking at our current NPV stated in the scoping study, we should arguably be sitting somewhere between 10-15% of our market capitalisation, we're talking $25-$30 million," he said.

"We are currently around $7 million so from a value proposition, it's all upside."

Port Gregory is set to produce an average 141,000t of garnet and 6,000t of ilmenite annually, according to the scoping study. 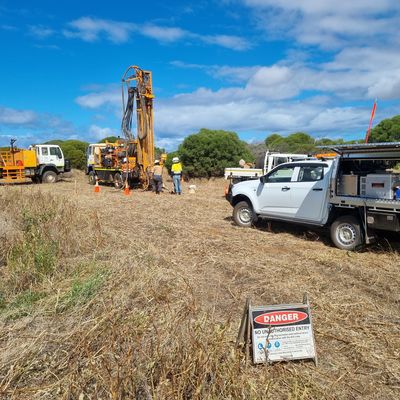 Heavy Minerals is aiming to complete feasibility studies for Port Gregory by the end of 2023 and be in production as early as 2025.

"I think it's conservative from a timeline perspective," Schofield said, "but smarter people than me think that's a safe bet."

Having Port Gregory in production within 36 months opens the possibility of developing Inhambane in Mozambique using internal cash flow. However, the immediate focus for the company is to get Port Gregory into production.

While there may be potential synergies with the neighbouring Almandine garnet operations, Schofield doesn't currently see any immediate merger or acquisition potential.

Focus on mineral sands in Mozambique

With travel well and truly back on the agenda, Heavy Minerals can now mobilise and give more attention to its operations in Mozambique where the company has already increased the resource at its majority owned Inhambane mineral sands project in Mozambique by 59% to 90 million tonnes at 3% total heavy minerals (THM).

Like the well located Western Australian assets, the Mozambique project is adjacent to Rio Tinto's Mutamba heavy mineral sands project, with access to power, road and port infrastructure and across the border from the mining giant's Richards Bay operations.

"Our exploration target is currently 350Mt at 3% THM and that could put us in the top 10 ilmenite projects globally."

Demand for Heavy Minerals products is ‘off the charts'

"The demand for the products and the space we're in is off the charts," Schofield said.

Meanwhile, the demand for garnet is increasing as an industrial commodity thanks to its use as an abrasive, particularly in sandblasting, water jet cutting and water filtration.

Independent mineral sands consultancy TZ Minerals International has forecast a garnet supply deficit of more than half a million tonnes by 2030, without new sources of supply.

The bulk of ilmenite production is used in the pigments industry, from paints to sunscreen, but it's also the main ore to produce titanium metal which is used in high-tech applications from aircraft to military equipment.

The evolving geopolitical landscape is also presenting further opportunity, as countries seek alternative sources of supply to China and Russia, the latter being one of the top producers of titanium metal.

"Projects like ours are of global strategic importance," Schofield said.

The heavy minerals ilmenite, rutile and zircon are already listed on Australia's Critical Minerals List and Schofield believes there's a case to include garnet as it is a strategically important mineral.

"Garnet is one of nature's hardest minerals, it is used every day as an exceptional sandblasting medium in the manufacture of everything from buildings to ships," he said. 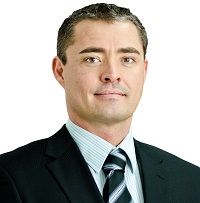 "It is also used in waterjet cutting manufacturing, which has become the preferred and more efficient and environmentally-friendly manufacturing method instead of heat-based options.

"With products such as sandpaper, sanding belts and strips being used in our everyday lives, garnet's high-performance qualities mean it is unique and hard to substitute.

"Garnet demand in the shipping industry is significant as vessels need to be regularly sand-blasted and repainted to prevent damage to hulls and to reduce crustacean fouling which directly hurts fuel performance and increases carbon emissions - there's a whole flow-on effect."

"As a company, we're obviously interested in an appreciating share price, however we believe the true value to shareholders will be realised when we become a producing long-term, dividend paying company," Schofield said.

He believes that with the globally significant products and the company's tightly held structure, the opportunity to realise a major share price increase is strong.