Western Copper and Gold aims to release a feasibility study on its Casino copper-gold project in Yukon, Canada next week as the company progresses towards a key point in its strategic relationship with diversified miner Rio Tinto, president and CEO Paul West Sells said during a site visit. 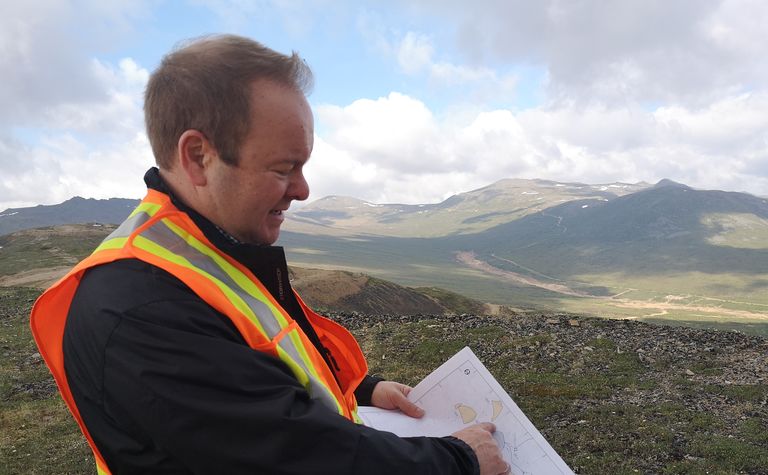 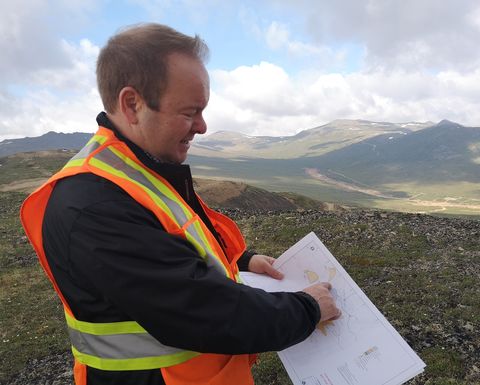 Western Copper and Gold president and CEO Paul West-Sells shows where the Casino pit will be in Yukon, Canada

Rio invested C$25.6 million in the junior to take a 7.8% stake in 2021 to fund an 18-month work programme geared towards completing a technical work programme to get the major comfortable with potentially buying the junior.

Casino is a large, at surface open pit deposit which could sustain production for decades, including a high-grade starter pit, which could see the multi-billion project development payback in under three years.

"The past two years have been transformative for the company. We have done the heavy lifting and there is no more work to be done under the scope of work. The metallurgical programme will be complete in a month and so in November the idea is to sit down and talk about a deal," said West-Sells.

Casino is due to produce 176Mlb/y of copper, 262,000oz/y of gold, 1.4Moz/y of silver and 16Mlb of molybdenum throughout its life, with substantially higher output during its first four years, following a US$2.6 billion capital investment, according to the 2021 preliminary economic assessment. 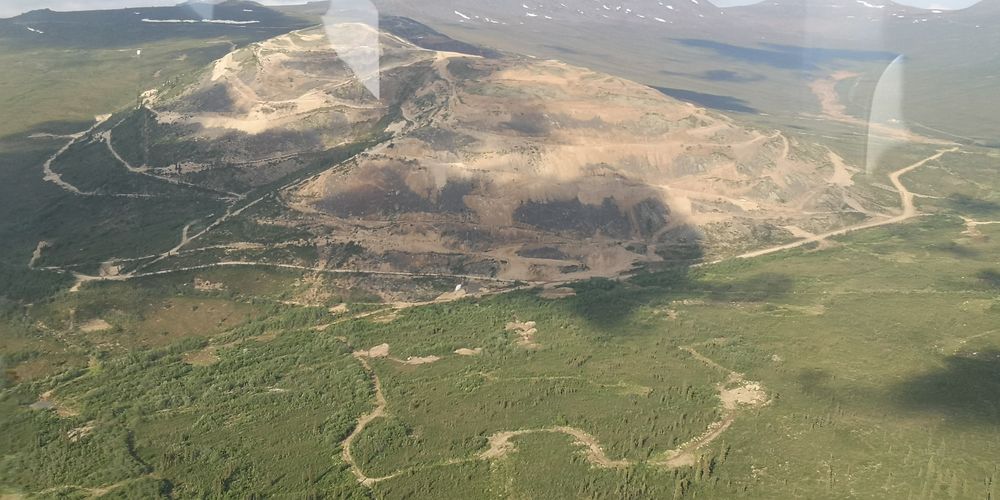 The company has also started drilling a deep hole targeting a geophysical anomaly which could be a porphyry feeder system.

Western says the metallurgy is relatively straight forward with recoveries of 86% copper, 67% gold, 71% molybdenum and 53% silver, with levels of arsenic and antimony, "an order of magnitude below when you have to pay penalties in the concentrate. I am a Phd metallurgist and the metallurgy of Casino is really boring," said West-Sells.

"We estimate about four years for permitting, but importantly, the road and the tailings storage facilities have already obtained broad agreement from first nations and the authorities. We are investing C$10 million on permitting this year," said West-Sells.

Western has planned to use liquified natural gas (LNG) to provide the 200MW of power the project requires for the past 10 years. With investors increasingly concerned about greenhouse gas emissions, it will still plan to commence operations using LNG but it will look at how it can transition to a lower carbon energy source in the future. "Casino will double the power consumption in Yukon so the project could be a catalyst to connect the Yukon grid to the British Columbia gird, build a small modular nuclear reactor or something else," said West-Sells.

Shares in Western Copper and Gold are trading at C$2, valuing the company at C$303 million.