Weir orders up, shares down 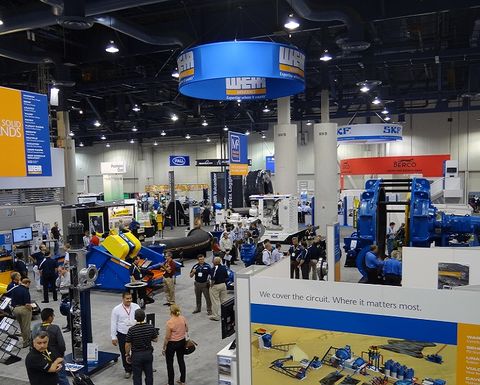 But the company said its profits would be lower than previously indicated due to "project phasing, incremental investment in growth and one-off plant reconfiguration".

Weir shares dipped 5.6% lower in the past week. Its current market capitalisation is GBP4.42 billion.

The company reported a 2% lift in 2016 sales to GBP1,112 million, a reversal after the "most significant downturn in 30 years for Weir markets", principally its main minerals equipment business. Mining capital expenditure fell 50% between 2012 and 2015.

This year's first-half minerals revenues were up 11% to GBP686 million yoy, with the company saying this week FY17 full-year divisional revenues, on a constant currency basis, were expected to show good growth.

"While product gross margins remain stable, operating margins are now expected to be only slightly ahead of the first half. This reflects additional incremental investment, further costs associated with reconfiguring operational capacity as volumes increase and some project phasing delays.

"The division's order book, together with an increasing pipeline of future opportunities, supports its positive long term outlook," Weir said.

"Global mining markets benefited from supportive commodity prices with the industry focused on optimising the production and efficiency of current mining operations."

Shares up on signs of possible Panama deal