Contract driller Swick Mining Services (ASX: SWK) has delivered an “earnings turnaround” after a disappointing 2017 fiscal year, with a 227% increase in cashflow and strong momentum tipped for 2018-19, as it reduced its net loss after tax from A$4.6 million to $1 million. 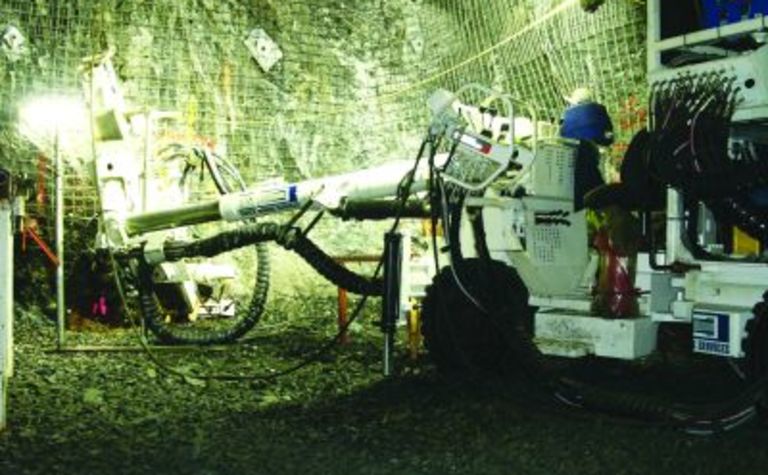 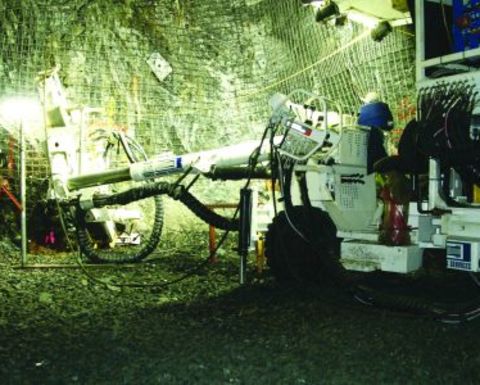 Group revenue was up 6% on 2016-17 to $138 million while EBITDA was up 44% to $17 million and EBIT moved from $3.6 million in the red to a narrow $400,000 in the black, supporting free cashflow of $2.1 million.
The drilling business was the strongest performer with an EBITDA spike of 43% to $19 million, ending the year with its strongest quarter.
The overall result was in line with the lower end of guidance, as a result of later than expected mobilisations of additional rigs to existing contracts.
Swick is one of the nation's largest mineral drilling contractors with 69 rigs focused on underground diamond drilling delineation at operating mines and seven rigs focused on reserve definition and exploration at brownfield and greenfield sites.
It boosted earnings last year by shifting drill rigs onto better performing contracts or new projects, reducing operational costs and increasing fleet utilisation 4% to 74% and volume, with the underground diamond drilling business recording an all-time high number of metres drilled in the year at almost 1.2 million metres.
It recently crowed it had drilled 10 million metres of diamond core over the past 14 years, and it is keen to hit 20 million metres more quickly as drilling budgets rebound and demand for its services picks up.
New contracts included Barrick Gold's Turquoise Ridge mine in Nevada, USA, while there was a ramp-up of drilling activity at Kirkland Lake Gold's Fosterville mine in Victoria and Cosmo mine in the Northern Territory.
Earnings were impacted by Swick's investment in its Swedish-developed Orexplore mineral scanning technology, which it says has the potential to disrupt the minerals analysis industry.
It secured its first paying client, Saturn Metals, in May and has since signed up Calidus Resources, Kirkland Lake Gold, Gold Fields and Newmont.
Swick managing director Kent Swick said the strong performance by the drilling business, combined with the early success of Orexplore, provided confidence for the year ahead, and if the momentum could be sustained could lead to new rigs being ordered to capture growth opportunities.
The company is also hopeful of core scan trials with potential clients attracting further commercial scanning agreements, which would be a small but growing part of the business.
"The drilling business has started the year strongly, with the combination of improved rates across the majority of our rig fleet, a new contract from Sandfire Resources and several contract extensions secured as we entered FY19, and a reset cost base all providing excellent momentum," Swick said.
Shares in the company were 23c in morning trade, capitalising it at $53 million. It has traded between 18-32c over the past year.