Canada-based Victoria Gold’s earnings increased substantially year on year in Q2 and while the company expects production to rise significantly through the remainder of the year, it has advised that it is expected to be at the lower end of guidance while costs are to be at the higher end. 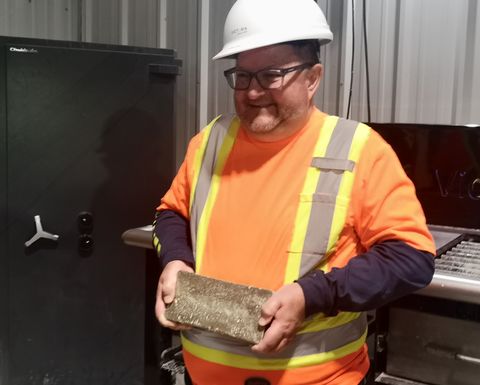 "Similar to 2021, daily gold production at the Eagle Mine has increased substantially over the 2022 spring season. This is expected to result in materially higher gold production and revenues during the third and fourth quarters of 2022," president and CEO John McConnell said.

Victoria's revenue stood at C$69.38 million, having risen from C$63.51 million from the first quarter of last year.

Victoria produces gold from its Eagle mine in the Mayo mining district of Central Yukon Territory, Canada.

Unplanned down time within the crushing and conveying circuit has resulted in Victoria saying it expects Eagle's production to be at the lower end of the 165,000-190,000oz guidance.

"Unplanned down time is high due to lower maintenance productivities as a result of recruitment and retention challenges within the Canadian, and specifically the Pacific Northwest, mining labour market," the company said.

"Supply chain disruptions have exacerbated the maintenance difficulties as certain parts have taken longer to secure and deliver to site," it added.

The lower production, along with high inflation, has caused Victoria to expect all-in sustaining costs to be at the top end of US$1,225-$1,425/oz Au guidance.

Takeouts or mergers? Some potential targets