Future of Mining hears, change at the top is coming

The inaugural Future of Mining conference in Sydney heard that mining’s enduring modus operandi is being challenged on a number of fronts and that the industry is facing ‘disruption’ on any or all of these fronts – and maybe even from within – over the next decade. Closing keynote speaker Elizabeth Lewis-Gray put a bold exclamation mark on proceedings. 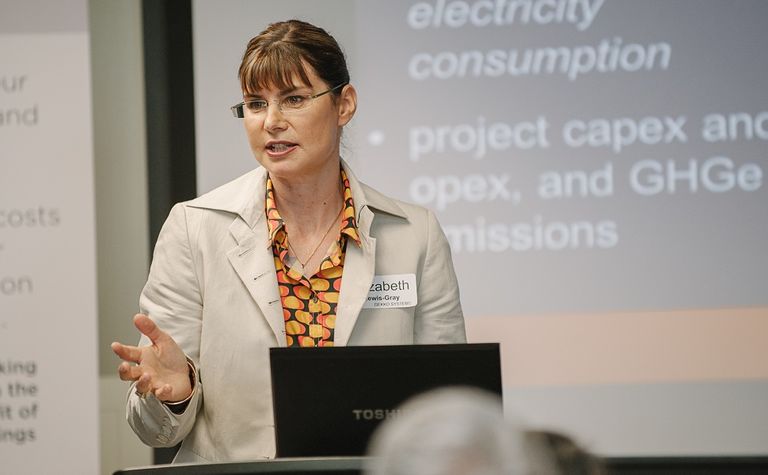 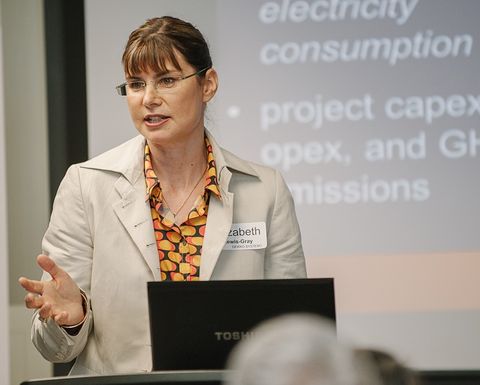 Elizabeth Lewis-Gray: “Perhaps one day BHP will be a division, and a small part of Apple"

"Perhaps one day BHP will be a division, and a small part of Apple as these technology companies - or the financial or consumer goods companies - continue to increase their market capitalisation and financial power," Lewis-Gray put to an audience that heard mining's regeneration (exploration and investment), innovation, social and government engagement, and product delivery models were being tested like never before.

Evolution in the space has seen change come slowly in various areas, with many large companies externalising supply and service functions, and infrastructure, once kept in-house, to look more like the "extended enterprises" Finnish professor Erkki Ormala, from Aalto University in Helsinki, talked about on a METS Ignited-sponsored speaking tour of Australia a couple of years ago.

She was not alone at the conference.

"If you look at so many other sectors and markets, they've seen a lot of change and disruption to the top companies."

BHP, with a current market capitalisation of US$133 billion, and Rio Tinto (US$105 billion), were relative minnows next to big banks and the likes of Apple (US$917 billion), Microsoft US$750 billion, and Google (US$738 billion).

Analysis of the total economic value of sectors last year, by PwC among others, showed the multi-trillion-dollar tech, financial, consumer goods and health care sectors larger by orders of magnitude than basic materials, including mining.

Lewis-Gray did highlight the changing make-up of mining's top 40 by market value, particularly the rise of Chinese companies in recent years. Chinese financial institutions are also now the world's biggest.

"We have seen the rise of a number of Chinese miners as a particular change," she said.

"Is it the quality of the assets, the longevity of assets, the barriers to entry through scale? Is it the better access to innovation - in the sense that they've got the money to invest over major cycles?

"Why is it that we haven't seen disruption in the mining industry?

"We can see with the changing distribution of value across the economy … the stark reality of the declining influence of the miners. I thought [Mining Standards International founder and CEO] Robert Milbourne's comment earlier was interesting, that 10% of the world economic activity is related to mining, but only 1% of its capital is related to mining."

Milbourne, who spoke at the conference, was talking about miners being "incentivised by capital markets to cut costs [in areas impacting] sustainability and operating excellence … in a race to the bottom" when predictable pricing cycles turned.

"We have this structural failure of investment in the sector," he said.

Lewis-Gray said this was only one factor that left mining "ripe for disruption".

Others included threats to the industry's "social licence to operate, stakeholder activism, declining community trust, the digital revolution, reduced exploration, lower discovery rates, higher costs, long development times and declining grades, the competition for investment capital, and the rise of China both as customer and competitor".

"I think we all know at some stage it [disruption] is going to come, and there is going to be significant disruption, and the question will be, will it happen internally - will the mining industry disrupt themselves - or will they be disrupted from outside?

"There are many stakeholders shifting the boundaries in a changing landscape, and this is going to, I'm sure, present some disruption opportunities.

"We have seen Tesla … recently sign agreements with junior mining companies to supply lithium. [Tesla typifies] new customers who are not frightened to explore high-risk, high-return approaches to supply continuity; companies that want to source their metal from the highest-level ecologically sound sources and practices, [that] want their own mines to ensure that this is the result.

"Apple is looking at recycling all its phones to recover components, and metals, for their future production.

"We have tech, financial and consumer companies … with market values and trusted brands that give them a lot more access to capital.

"This is an environment that I really believe is going to bring disruption to the mining industry."