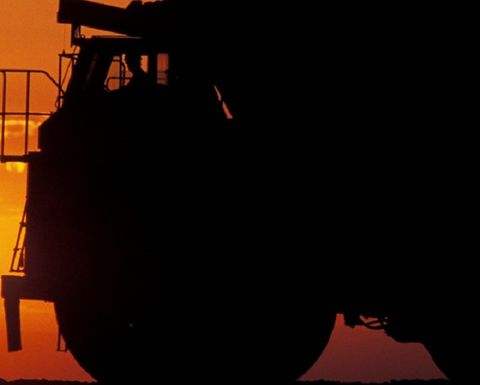 Cambridge-based CEP, co-founded in 2015 by an economist and investment banker, a geological engineer, and solar-power inventor, developed the Nomad solar PV tracker for remote applications. The prefabricated and "re-deployable" solar generator with CEP's single-axis sun tracking technology can be "quickly deployed in scalable 30kW segments … for small and large-scale projects".

A solar tracker orients a ‘payload' - such as solar panels, reflectors or heliostat mirrors - toward the sun.

Newmont will use the CEP equipment to "demonstrate lower-cost renewable electricity and to offset energy demand at its Akyem operation".

CEP CEO Tom Miller said it was great to have a company of Newmont's calibre backing the company's "vision to deliver lower-cost energy to remote mining sites".

"The mobility of our solar technology significantly mitigates the risks often associated with permanent solar installations," he said.

Newmont executive vice president for sustainability and external relations, Dr Elaine Dorward-King said renewable energy technologies such as the Nomad had an important role to play in the gold major's long-term strategy to reduce carbon emissions and reduce energy consumption and costs.

CEP has offices outside England in Spain, South Africa and Canada.

Miller is an economist and investment banker who spent time living and working in Papua New Guinea, where he was part of a small group that created the Tabubil Futures initiative around a US$1.5 billion fund set up to support non-mining ventures that could sustain rural economies in PNG's Western Province post closure of the huge Ok Tedi copper-gold mine.

Co-founder Thomas Grant ran the R&D department in a small Euro solar energy start-up that grew into a firm with more than €120 million annual turnover and 120 employees. He's described as the lead inventor on nine patent applications that drove the company's sales.

And co-founder and former Canadian national skier Trevor Bruce is an engineer who worked in the mining, renewable energy, and environment sectors, and on renewable energy economic studies for large remote mines in northern Canada, USA and the DRC.