Women in Mining (WIM) has released the 2018 edition of its “100 Global Inspirational Women in Mining”, showcasing a range of female talent within the global mining industry nominated by their peers. 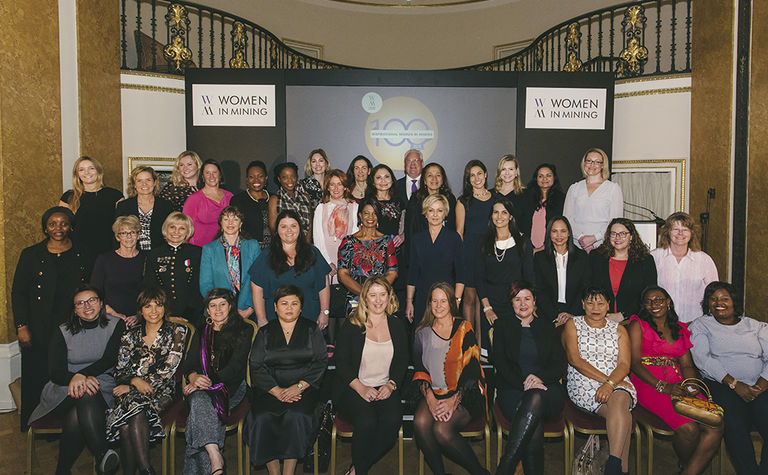 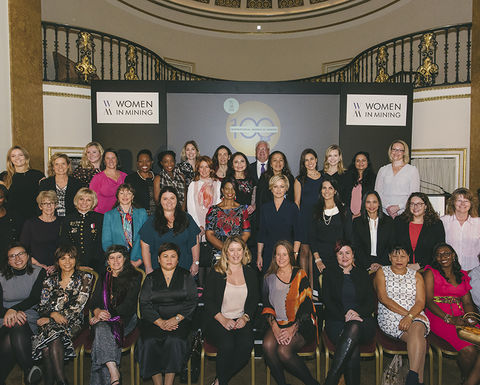 This year saw nominations almost triple to a record 642 from the previous 250.

WIM managing director Nichole McCulloch told Mining Journal at the launch lunch it was "inspiring" to see so many CEOs and senior executives nominating women within their organisations, as well as women nominating their peers, not only from their own companies, but from other companies as well.

"This year was the first time we reached out directly to the top 50 mining companies by market cap, but when we do the project again, we want to increase that to include service providers, law firms and banks," she said.

To narrow the 642 nominations down to 100, a panel of judges looked for women who had gone over and above their careers, opened the door for other women, persevered in the face of diversity, found solutions to challenges and made a positive example for diversity and inclusion.

WIM board chair Carole Cable said in her speech at the lunch that said the 100 women chosen all reflected resilience in the face of personal or professional adversity, making changes and cracking on.

She added that there had been progress with diversity in the mining industry, but it had been a bit slow and there was still a lot of work.

"There is more to do. In my observation, the more to do part is probably the hardest one to get your head around, because the way I see it is complacency rules  and if we allow complacency to continue to rule, then it runs the danger of making the mining industry less relevant or irrelevant, so we need to fight it," she said.

Cable said there was optimism that there could be change for the better in workforce diversity, as had been seen in health and safety, as well as the environmental and social spheres.

"There has been a social and financial incentive for that change to actually happen, because companies were actually under threat to lose social licence, so they did make that change, so there is no reason why diversity and inclusion cannot be as equal and important as those other things," she said.

"The first thing is that the mining industry is not necessarily great at communicating to people outside the mining industry and I think in order to ensure the longevity and the attraction of the best talent in the world, they need to be getting to, not only young girls, but young boys, at a much earlier age at school - letting them know about the really interesting opportunities that they have," she said.

She pointed out that the industry was one of the most international industries around, which should make it attractive to the youth, ash young people excited about international work and work that impact local communities.

"The seconds thing is that we need to remember that there are lots of contributions that can be made to the industry outside just the technical aspects of what we do," McCulloch said.

"Yes, we need geologists and engineers, but when you look at finance, legal, government relations, sustainability, you know these are people that can actually work from other industries, that we should be trying to attract into ours."

One area identified by WIM that could also help progress diversity in mining was more pressure from the investment community on mining companies to make changes.

"We are moving, but at a very slow rate and money talks. Making organisations see the commercial benefits of diversity, and not just gender diversity, but wider diversity, and ensuring that companies actually represent the communities in which they operate will actually be what moves the dial," McCulloch said.

In the meantime, WIM plays its part, sponsoring scholarships for students in the mining industry, creating networking opportunities and making sure gender diversity stayed on topic.

WIM is also working on a project that will be launched at Mining Indaba in South Africa in February, which McCulloch did not provide details on, but described as "a first of its kind that is going to look at where we are as an industry in terms of diversity and how we can move forward".

"We can't be complacent, we have to keep making a change," she said.

Supporting the success of women in the mining industry

Peru minister to reform prior consultation for exploration