Canada’s Yukon territory has had a fair measure of mining success in recent years with Victoria Gold developing the Eagle gold mine and Minto Metals restarting the Minto copper mine. The Canadian territory has also attracted major mining houses with Rio Tinto taking a stake in Western Copper and Gold in May 2021 following Goldcorp buying Kaminak Gold in 2016. 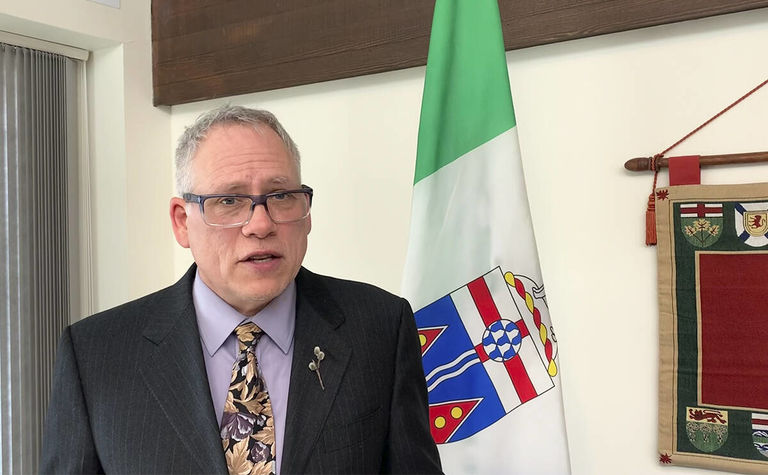 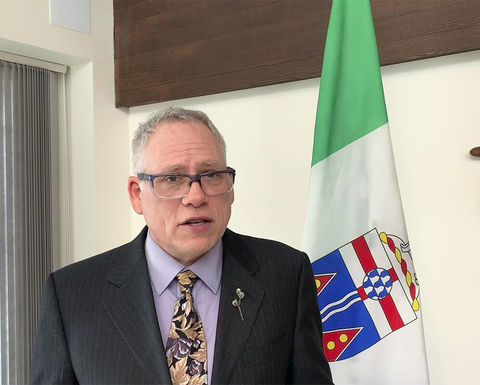 In addition to the above, the marketing efforts of the quasi-industry-government body, the Yukon Mining Alliance, means that the names of most projects in the territory are widely known. The challenge is for the territory to capitalise on its name recognition and goodwill to convert other projects into mines, a task tempered by Alexco Resource announcing this month it will cease milling operations for six months due to challenges feeding the mill at Keno mine.

It is here where mundane aspects such as the territory' remoteness may really bite in the current market environment. Projects around the world are grappling with the impacts of inflation and supply chain disruption, with Yukon facing the additional challenge of location. "We will get to 250,000 ounces a year, but in this environment I can no longer state that we aim to produce at under US$1,000 per ounce. We are seeing 30% inflation in costs with things like fuel up 100%," John O'Connell, president and CEO of Victoria Gold told Mining Journal.

Explorers throughout the Americas have bemoaned the extended times it has taken over the past year or two for drill assays to come back from the laboratories. Yukon explorers have seen this further extended by the logistics of getting core to the laboratories in the first place. A winter of heavy snowfalls, the late arrival of spring and subsequent thaw which has seen major waterways such as the Yukon River with high water levels, fast flow and flood warnings in some areas, further impacting transportation.

Companies also face recruitment issues, especially for manual labour positions such as drillers, drilling assistance and cooks. The remoteness of Yukon and the often-extended rotations which distance necessitates means companies are having to cast their search nets further than in the past and offering increasingly flexible terms. Compounding hiring difficulties are the social past-times of younger candidates. "Under 10% pass the drug and alcohol test, which means we cannot have them on site," the GM of one company said.

In many ways the challenge of operating in the Yukon is the same it has always been: infrastructure. To advance projects in Yukon will require the development of roads and powerlines, expensive ticket items under normal circumstances and even more costly in the north. The territorial and federal governments have chipped-in with C$360 million of funding for road projects but cannot fund every need. Even if they could, opposition to road building among first nations can stall proposals as Trilogy Metals and ATAC Resources can bear witness.

Trilogy Metals' Arctic project across the border in Alaska, USA is stalled while the company works to unblock opposition to the Rambler Access project, which is support by most, but not all Native American groups. ATAC's wait for permission to develop a private, access-controlled tote road to the Tiger deposit on its Rackla property continues to turn over the years. Partly due to this, "we are pivoting to explore for copper at our road-accessible Connaught project," president and CEO Graham Downs told Mining Journal. 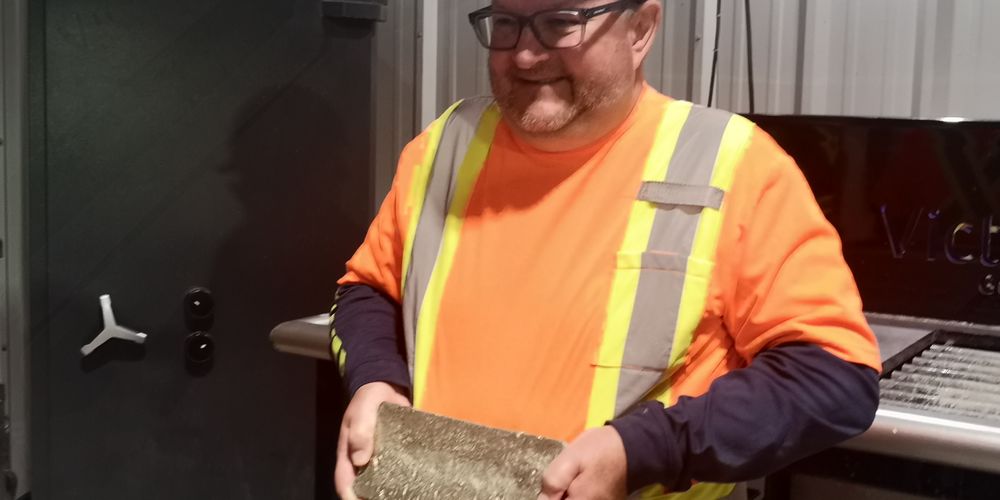 Victoria Gold's O'Connell believes only projects with infrastructure can advance. "The government is not going to go head-to-head with the first nations over roads. ATAC and Snowline are [very challenged]. First nations do not want people crossing their lands or getting access to hunt in their territories, and now Eagle is in production, some ask why we need more mines. It is not about money either. We have paid them $3 million in benefits so far, which goes into their bank account, but it sits there and people don't have visibility on where the money goes," he said.

With roads proving to be a hard sell to local communities, one of the most viable potential projects is Banyan Gold' 4 million ounce AurMac gold deposit located on the same road and power infrastructure as Victoria Gold's Eagle and Alexco Resource Keno mines. Casino is another given that federal funding for the development of a road from Carmacks to the project site has been agreed. Construction has commenced on the Carmacks bypass, the first half of the road earlier this year, which the government is funding 100%. The government will also fund 30% of the second half of the road. "We estimate about four years for permitting, but importantly, the road and the tailings storage facilities have already obtained broad agreement from first nations and the authorities," Western Copper and Gold president and CEO Paul West-Sells told Mining Journal.

Power is also an issue in terms of access, cost and carbon footprint. Yukon's energy is predominantly renewable, coming from hydro, and complemented by liquified natural gas (LNG) and diesel, depending upon the location. Yukon has what is known as an islanded grid which extends from Dawson in the centre of the territory to Haines Junction in the south, which is not connected to the North American grid in British Columbia. Connecting to the North American grid would cost several billion dollars, but with a population of 45,000, Yukon does not have a rate base to finance such investment.

Mining could prove to be the catalyst. If Rio Tinto seeks to turn its strategic investment in Western Copper into a full-blown takeover and intention to develop the Casino project, the complexion of this issue could change rapidly. Western Copper initially plans to use LNG to provide the 200MW it needs for Casino, although West-Sells believes the size of the project could help the territory grapple with its greater existential power questions in the future and help it transition to a lower carbon energy source. "Casino will double the power consumption in Yukon. Rio would almost certainly want trolley assist haul trucks. Connecting to the BC grid would cost $3-4 billion which Yukon cannot do alone. Rio has the ability to help finance this as well as pull in funds from Ottawa," said West-Sells. 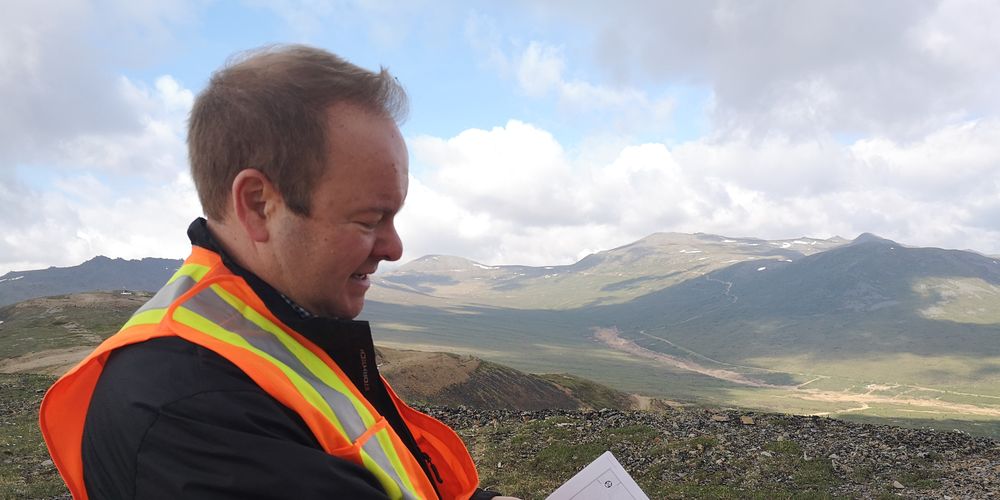 Western Copper and Gold president and CEO Paul West-Sells shows where the Casino pit will be in Yukon, Canada

Another factor causing Western to look for alternative energy options is the carbon tax it faces. "We are carrying a significant amount for this in our feasibility," he said.

The territorial government is keen to play its part in the development of new and clean energy sources, even if there are no immediate answers. "We need to work to get mining off fossil fuels. We are mapping out a path as a territory to be sustainable, we are completely committed as a government," minister of energy, mines and resources John Streicker told Mining Journal.

As part of this aim, the government is looking to enlist the support of first nation communities as energy investors. "Mining is in an upswing which adds a lot of load. We are starting to work with first nation communities to find partners who want to develop electricity and create an economic opportunity for themselves. For example, Atlin Hydro is a project in northern British Columbia owned by the Taku River Tlingit first nation. They want to make it bigger and to run a transmission line to us to sell us winter energy," said minister Streicker.

Making progress on these aims will be critical for explorers in the territory pitching that they are part of the solution to the shortage of critical metals such as copper, zinc and tungsten. Their reality is that they may find it impossible to finance project development if they have a hydrocarbon-based energy matrix. To what extent can and will the Yukon government invest in more transmission lines and more hydroelectric generation capacity, or modular nuclear reactors, for that matter?

Fireweed Metals is looking to meet its infrastructure challenge by doubling-down on its mineral offer, recently adding the MacTung tungsten project adjacent to its Macmillan Pass zinc project to provide greater scale with which to justify road and power investments.

"Both projects become better when they are together. The synergies could be in nine digits ($100,000,000) and it means we will have critical mass to justify a powerline spur," said president and CEO Brandon MacDonald.

Power upgrade paves the way for Gruyere gold mine expansion