There is ample evidence to suggest the mining industry is starting to feel a labour shortage across various functions and in many countries where mining has traditionally played an important economic role. 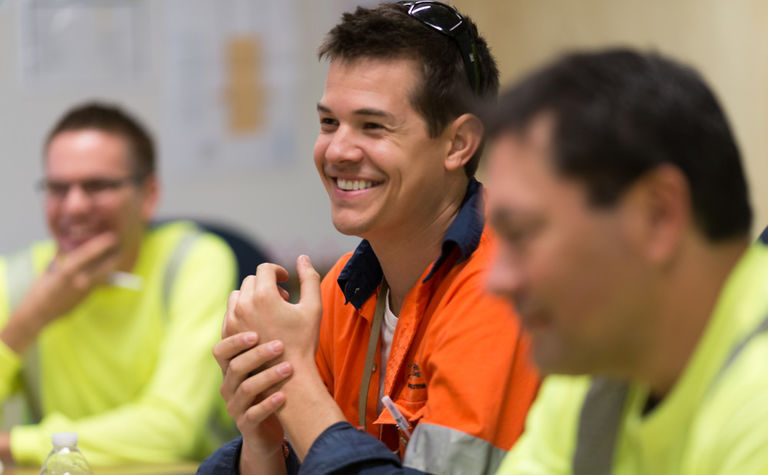 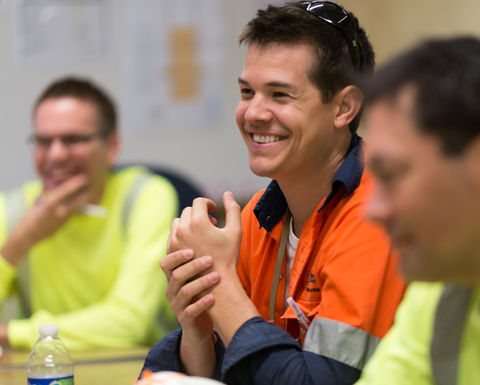 The solution to the impending skills crisis in mining will need to come from multiple stakeholders (Image: Rio Tinto)

In Canada, for example, more than half the mining workforce is 45-years or older and more than a third of the workforce will be eligible for retirement over the next several years. Furthermore, more than 60,000 Canadian mining employees will retire by 2020 and, by 2023, the mining industry will require 145,000 new workers, which amounts to over half the country's mining workforce. While these are just a few statistics from one country, they suggest the degree of the impending talent shortage for the industry.

Compounding the extant issues with the labour shortage, enrolment statistics from universities suggest a deeper and potentially prolonged problem.

Given the declining enrolment and graduation rates, effectively attracting students to mining programmes, equipping them with the skills relevant to the industry for the next 10 years and drawing interdisciplinary and specialised science, technology, engineering and mathematics (STEM)-skilled professionals to the industry will be increasingly important. This need will become acute as advances in technology, automation and artificial intelligence are adopted.

Underlying these issues is the question of how the industry ensures its sustainability and innovation from a human capital perspective.

As a people solutions provider focusing predominantly on the natural resources sector, Swann has been exploring these issues and potential solutions with academics from mining departments at universities in the UK, the US, Canada and Australia, their graduates and senior industry practitioners. Interviews and distributed questionnaires provide a better understanding of the concerns around student recruitment and retainment, which skills are most valued, and what approaches are available to help remedy problems.

Discussions with mining executives indicate there is a perception within industry that the high cost of engineering education and lack of scholarships are key reasons students elect not to pursue degrees in mining-related disciplines. According to preliminary data from Swann's survey, however, this does not seem to be the case: there are numerous scholarships available to students pursuing mining engineering; indeed, many go unclaimed.

Rather, Swann's research indicates that image and reputation are fundamental hurdles in the mining industry. Numerous references were made to the appeal of Silicon Valley and the tech industry, as well as to the public's often negative view of mining and its associations with environmental problems, human rights concerns and challenging working conditions. These perceptions are likely diverting students away from mining-related courses and need to be addressed.

The cyclicality of the mining industry was also mentioned time and again during this research. Many professors and mining graduates pointed to the boom-and-bust nature of mining (and the resultant hiring and retention approach) as a major barrier to graduates joining and staying in the industry.

When things are slow, many mining companies do not want to participate in vacation employment programmes or commit to graduate hiring numbers, but when the mining industry expands and demand for professionals increases, money is thrown into scholarships and internships.

Moreover, when hiring for entry-level engineer roles, mining companies often look for professionals with some practical experience, ignoring the fact many mining students did not have a chance to gain it during the bust. This results in an almost inevitable process of withdrawal from the industry during downturn: declining enrolment numbers coupled with the difficulties associated with entering the market lead to not only an initial lack of graduate engineers, but also frustration with, and eventual departure from, the mining industry. Furthermore, even if engineers begin their careers in the mining industry, re-entry after working in another sector is difficult.

In this context, the industry must somehow minimise the negative impact of the inevitable cyclicality of the industry. Can we develop human capital strategies to ensure, even with the decreasing enrolment rates, mining-school graduates stay and thrive in mining?

Preparation and curriculum design will be key to adequately equipping students for the real world and success in mining. According to mining experts, the much-needed innovation will be strongly interdisciplinary, drawing on a greater range of STEM areas, such as data analytics and robotics. As such it is important that mining programmes produce students with strong technical and critical thinking skills that cross the boundaries of traditional mining disciplines.

Additionally, however, the mining industry increasingly demands skills related to leadership, sociology, languages and communication, among others. The results of Swann's survey also indicate alumni felt they were inadequately prepared for the progressively more significant social dimensions of the mining industry, such as community relations and CSR, whether in their home countries where mining is a big economic contributor or abroad.

The need to provide instruction around these areas is not lost on academics. Surveyed programme representatives referenced the challenges around anticipating the skills that will be in demand in the next five to 10 years and shaping the curriculum to reflect these.

On one level, changing curricula and then providing adequate staffing, resources and facilities costs money and takes time, making it difficult for mining departments to make the business case for such adaptations as enrolments decline. Additionally, the requirements for mining engineers are already rigorous, leaving little wiggle-room in academic programmes that are already pressed to cover the topics required for engineering accreditations. Thus, collaboration between national and industry bodies will be essential not only to the adequate funding of university departments but also to the development of curricula in need of renovation.

This initial round of research highlights some key areas around attracting and training new mining talent. Building on this work, the second part of this research will focus on the industry's thoughts around the types of support and HR strategies that will help universities and research centres produce students with sought-after skills and that will attract professionals from other industries.

Veragold Mining forges ahead on financing

Happy days may be gone for some

Closing the skills gap in the mining industry