Maintenance has led to a lower quarter of iron ore production for BHP. 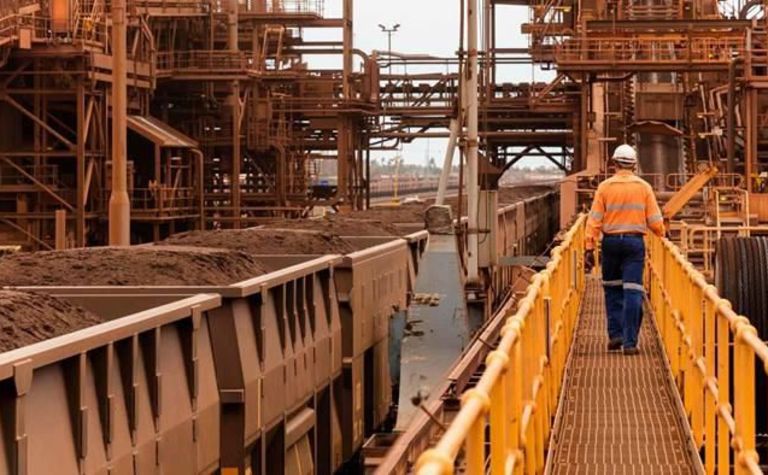 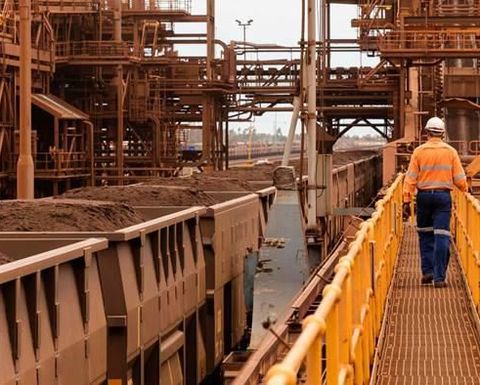 The company produced 60 million tonnes of iron ore in the December quarter, down 1% quarter-on-quarter and down on UBS' forecast of 69.9Mt.

BHP blamed a major car dumper maintenance program in October as the cause of the weaker result.

The average realised price for the half jumped 41% year-on-year to US$78.30 per tonne.

While petroleum output dropped 9% for the half, copper was a bright spot for BHP.

Metallurgical and energy coal production were up for the quarter, but declined over the half due to weak September quarters.

BHP warned it could constrain energy coal operations in New South Wales due to poor air quality due to smoke from bushfires and dust.

Nickel West production dropped 14% for the December quarter to 14,000t due to major quadrennial maintenance activities at Kwinana and Kalgoorlie.

Overall, group copper equivalent production was broadly unchanged for the six months to December 31, with BHP forecasting a stronger June half for a slight year-on-year increase in output.

"We delivered solid operational performances across the portfolio in the first half of the 2020 financial year, offsetting the expected impacts of planned maintenance and natural field decline," new BHP CEO Mike Henry said.

"Production and cost guidance is unchanged, and we remain on track to deliver slightly higher production than last year. Our six major development projects are progressing well, and we continue to advance our exploration programs in petroleum and copper."

The third phase of drilling is underway at the Oak Dam discovery near Olympic Dam, and is due for completion in the June quarter.

"We maintain a preference for BHP over Rio in the Australian large cap mining space," analyst Paul Hissey said.

"BHP continues to screen favourably on valuation (FY20E EV/EBITDA 5.7x vs RIO 6.9x), whilst its more diverse portfolio mitigates the downside of a decline in iron ore prices (which we expect through 2H 2020).

"We expect the balance sheet to remain strong with net debt at the lower end of the company's $12-17 billion range."

BHP will report its half-year results on February 18.