Rio Tinto’s US$1.9 billion Amrun bauxite project in Queensland has made its first shipment, six weeks ahead of schedule. 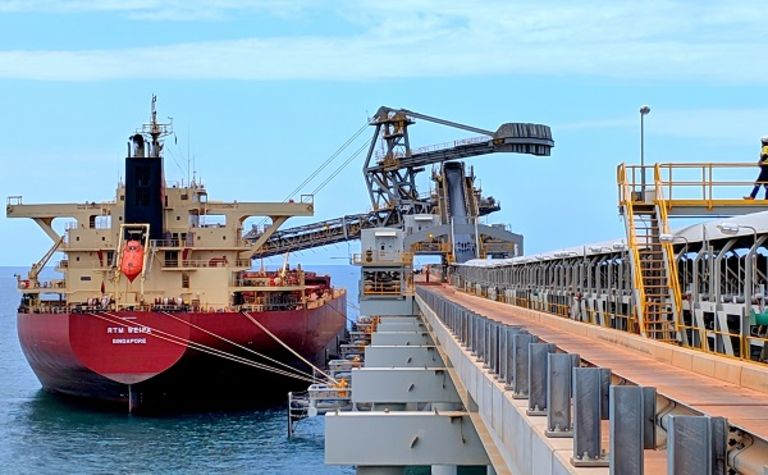 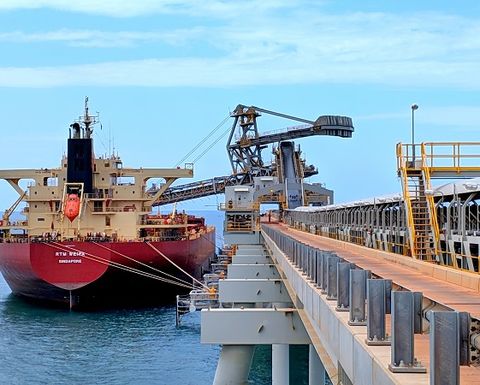 The RTM Weipa being loaded with Amrun ore in Queensland

At a ceremony on the Western Cape York Peninsula in far north Queensland, more than 80,000 tonnes of bauxite was loaded on to the RTM Weipa bound for Rio's Yarwun alumina refinery in Gladstone.

The ceremony marking the first shipment was attended by local Wik-Waya Traditional Owners and representatives of the Western Cape Communities Co-existence Agreement.

The first shipment is expected to arrive in Gladstone next week.

The new mine will replace production from the depleting East Weipa mine and increase annual bauxite exports by around 10 million tonnes.

Amrun is expected to reach full production of 22.8 million tonnes per annum during 2019.

Rio is the world's largest producer of bauxite, with production of 50.8Mt last year.

"We have the largest bauxite resources in the industry and are geographically well-positioned to supply China's significant future import needs, as well as supporting our refinery and smelting operations in Australia and New Zealand."

Amrun set a benchmark in supporting local and regional suppliers during construction with $1.6 billion invested with Australian companies, including $181 million with local Cape York companies.

At the peak of construction, 1,200 people worked on site, and since project inception in May 2016, close to 400 Aboriginal and Torres Strait Islander people have been employed by the project.

"We are proud to have delivered the project safely, ahead of time and within budget thanks to innovation in the design and fabrication of key infrastructure purpose-built for construction at Amrun's remote location," Rio Growth & Innovation group executive Stephen McIntosh said.

The Queensland Resources Council (QRC) congratulated Rio on the shipment, with CEO Ian Macfarlane describing the project as a leading example of a miner working with local communities and suppliers while delivering on targets.

"First shipment six weeks ahead of schedule is a great achievement for Rio Tinto which is a big part of the Far North economy and communities," he said.

"Bauxite is one of the building blocks of the modern economy, used to produce aluminium, which goes into everything from soft drink cans in your fridge to frames for solar panels on your roof."