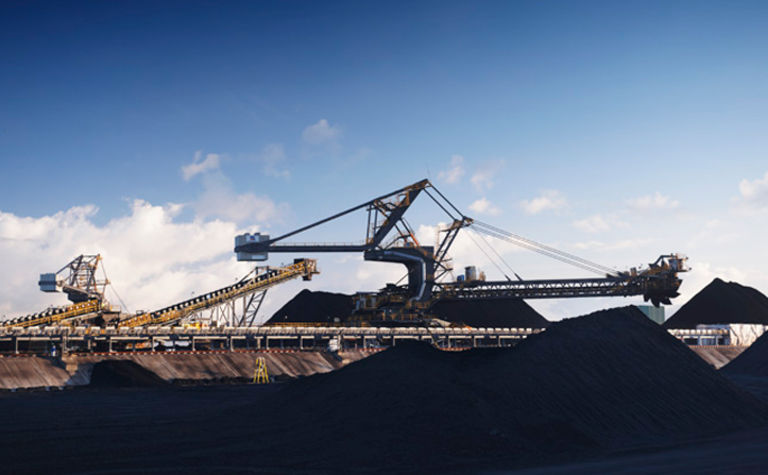 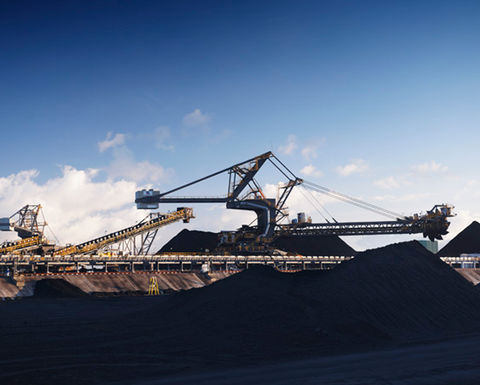 According to a research note, Moody's expects flat to slightly lower EBITDA for North American coal miners through mid-2020, but any negative outlook signals, such as a significant fall in met or thermal coal prices, could push EBITDA down over 3%.

"A change to a positive outlook is unlikely today, and would require our confidence that the sector's average EBITDA was likely to rise by more than 7% over the 12-to-18-month outlook period," it said.

Moody's expects most coal prices to remain favourable, if volatile, over the next 12-18 months.

However, in the longer-term, it said concern was growing with a confluence of economic, environmental and social factors weighing heavily on long-term demand.

On the thermal coal side, it forecast demand to drop after a number of coal-fired power generation retired in 2018, with further modest retirements due in 2019 and 2020, although it was uncertain about the pace and magnitude of retirements thereafter.

"Consumption of coal by electric utilities declined significantly during the 2010s, retiring roughly half of their coal-fired capacity over the decade, including 6% in 2018 alone. Domestic demand for thermal coal will continue to fall as electricity generated from coal-fired power plants, with an average capacity factor of about 50% today, continues to decline in the coming years," Moody's said.

It added that most retiring plants would be replaced with combined-cycle gas-fired power plants, rather than renewable energy, but coal would continue to fall in the fuel mix as natural gas prices remained at levels supporting continued coal-to-gas switching.

The consultancy cited figures from the US Energy Information Administration (EIA) that found US electric power generation used 636 million tons of coal in 2018, down from about 1 billion tons in 2008, with usage forecast to fall to about 555Mt this year.

"Even so, we do not expect these opportunities will be strong enough to offset the anticipated decline in demand from power customers and our concern is growing that retirements could accelerate once again at some point in the early 2020s," it said.

Moody's had a better outlook for the met coal market, though it said prices would remain volatile going forward.

"Met coal fundamentals are stronger, with generally stable conditions in the global steel industry, and very modest recent investment in new met coal capacity, which might otherwise have diluted commodity prices," it said.

The consultancy noted key reference prices in mid-2019 were tracking near $200 per tonne, well above its medium-term sensitivity range of $110-170/t.

"We assume met coal prices will trend in the medium-term toward our sensitivity range, with sustained periods of high pricing bringing new supply to the market and pushing prices back down again.

"We also anticipate that China's shift toward a more consumer-based economy will cut both its steel production and met coal demand in that key market, which anyway is closer geographically to the low-cost met coal producers of Australia," it said.

"Only Peabody, with met coal assets in Australia, is diversified geographically beyond the US. China remains a significant influence on the met coal market and a catalyst for price volatility," it said.

Looking at the industry as a whole, Moody's pointed out conditions were different for coal producers depending on which coal basin they operated in, resulting in uneven regional exposure for rated producers.

For example, northern Appalachia producers such as CONSOL and Contura sold to both thermal and met coal customers, while Illinois Basin producers such as Alliance Resources and Foresight Energy benefitted from low-cost operations and access to the seaborne thermal market through Gulf Coast ports, despite periodic weather-related hurdles.

Producers in the central Appalachia area remained strained by falling thermal demand from utilities, though they benefited from stronger met coal volumes.

Moody's said Powder River Basin producers were the most vulnerable to falling demand, as they were situated far from most utility customers and faced social opposition to exports in the Pacific Northwest.

"In our view, Glencore has the most comprehensive financial policy of its peer group," it said